Author: Lahn, US server (plus others, if I understood this correctly)

this branch proposal was sent to me by the aforementioned gentleman. Basically, it deals with the possible Taiwanese vehicles. It was also handed to WG employees for consideration and I think it’s way too interesting not to post here. Enjoy!

The Sherman is the most common American tank seen through out WW2, with a total of 49,234 vehicles manufactured, but only 35 were sent to the 1st Tank battalion of the Chinese Expeditionary Forces in Burma and India. These M4A4s received the nick name “Tuji” (Assault). At the last phase of the Civil war against Communism, the Americans sent more M4A4s to equip their Nationalist ally, but only 30 of them retreated to Taiwan. The M4s in the Nationalist Army remained in service until 1953 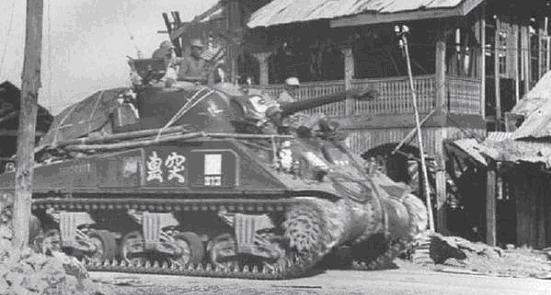 The M113 was an excellent armored personnel carrier, and the Nationalists tried to use the M24 chaffee turret to modify the APC into a tank for the Armored troops. The new hybrid tank received an interesting name: the Amphibious tank. But it proved to be not amphibious, and the project was scrapped.
The “Amphibious tank” may not afloat, but it acted as an excellent recon tank. The excellent mobility and good fire power could have made it a very good scout tank, but the vehicle never entered mass production since it cannot be amphibious.

The M24 was an American light tank used during the late part of World War II and in postwar conflicts including the Korean War, it was introduced to China to equip the Nationalist Chinese Army to fight against the Communist. The Kuomintang Nationalists upgraded its engine and gun, and renamed it as M24A1. 289 entered service, some maintained in service as fixed coastal defense until today.

The Type 64 is a hybrid tank by installing a M18 Hellcat turret onto the M41 chassis. The Nationalist failed to acquire M41s for Taiwanese defense, by removing the 40mm Pom Pom gun on the M42 Duster AA tank and fix it with a M18 hellcat turret, the Type 64 entered service as an interim solution for the Taiwanese. More than 50 entered service, only one remained in exhibition at the Armored Troops Academy today.

The designing of the light tank M41 started in 1949, many of them were exported to Allied countries of the United States. A total of 675 were sold to the Nationalist Chinese Army in Taiwan. Type 64 prototype is a local upgrade version of the M41, with improved fire controls, a superior diesel engine, co-axial machinegun replaced with T57 7.62mm MG, thick spaced armor on turret, and sideskirts for tracks. The extra weight reduced the maximum speed from 72kph to 62kph, despite the engine upgrade. Two prototypes went to test, and the performance was like “super Pershing light tank version”, still not enough to challenge the Communist T-55 frontally and act as a proper medium tank, only available as another interim solution. The project was scrapped with the introduction of M48s.

M41D is the last modification of the Nationalist Chinese Army for its M41 tanks. It received a new locally produced gun, new targeting systems, a new diesel engine, and turret spaced armor. Both engines went under test but the official approved the economical rather than the better performance one, which maxed out its speed to 74kph. The M32K1 gun is specially designed to fire APCR, HVAP and APDS rounds. 50 tanks were converted, most maintained service in the Nationalist Chinese Marine Corps until today. 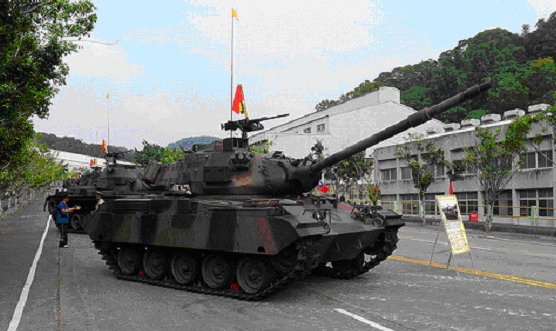 The Nationalist Chinese Army received their 1st M48A1s in 1973, but they are equipped with gasoline engine. The Taiwanese government bought an M48A5 for evaluation. Then the local upgrade replaced the gasoline engine with a diesel engine, and up-gunned from 90mm to 105mm. The upgraded version received the name “Tsu Chiang”. The diesel engine took extra space thus limiting the performance range from 463km to 312km. Total 309 M48A1s entered service, 250 upgraded. The Tsu Chiang tanks later received another upgrade, and renamed as CM12.

This project did not upgrade the modern firing control system, or any armor upgrade. The Taiwanese M48A3s were converted from the M48A1, which has less frontal armor instead of the original American M48A3s’ 178mm. Even with the gun shield of 120mm, it can still be penned with “gold rounds” for some tanks at medium range. But with the better engine, the Taiwanese M48 can run a lot faster than their American counterparts, with better reload time / aiming speed. 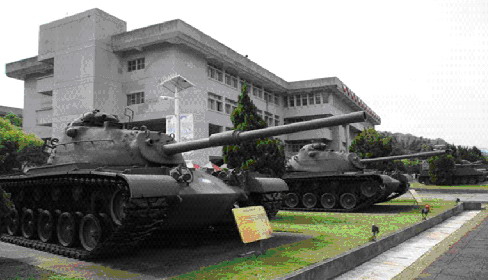 The M8 SPG entered service at 1948, when the civil war is at its peak. The SPG often used as mobile fire support against human waves, but it lacked range against soviet made long range artillery in the battle of Kinmen.

The M10 SPG was converted from the American M10 wolverine TD. The Nationalists acquired the M10s with lend lease act, but the 76.2mm guns on some of the tanks were sabotaged, thus the Armament factory 202 made them a new 360 degree turning turret and replaced the gun with captured Japanese 105mm howitzer.
The Armored Troops is very satisfied with the modification, they performed excellent in the battle of Kinmen, 1949. 16 entered service, only one remained in exhibition at the Armored Troops Academy.

Entered service in 45, through lend lease act. Stats are almost the same with the American M7 priest. Production of M52 (armed with a 105mm gun) started in 1951, but problems with the design prevented its immediate deployment. M52 was finally issued in 1955. The Nationalist Chinese received the M52s and issued them to heavy infantry units as the back bone of island defenses. The T69 is a Taiwanese upgrade of the M108 artillery, armed with local long barrel 155mm howitzer. The Nationalist equipped 100 M108s, some of them received the upgrade before M109s are available. 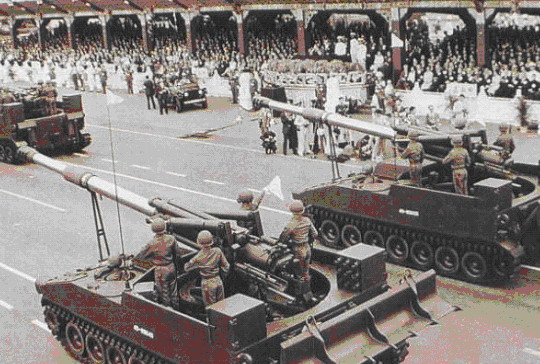 The XT69 is another Taiwanese upgrade of the M108 artillery, armed with local short barrel 203mm howitzer. However, the performance of the local 8 inch gun proved not as good as the American guns, the project was scrapped after acquiring M110s.

The M55 was an American fully enclosed and armored self-propelled artillery. It had a traversable, to a certain degree – 30° left or right, turret armed with a 203mm howitzer.
12 guns of the M55 joined the Nationalists during the Kinmen crisis in 1958. The arrival of the 8 inch gun turned the tide of the crisis, consolidated the victory over the island made the gun a well-known hero among all Taiwanese. 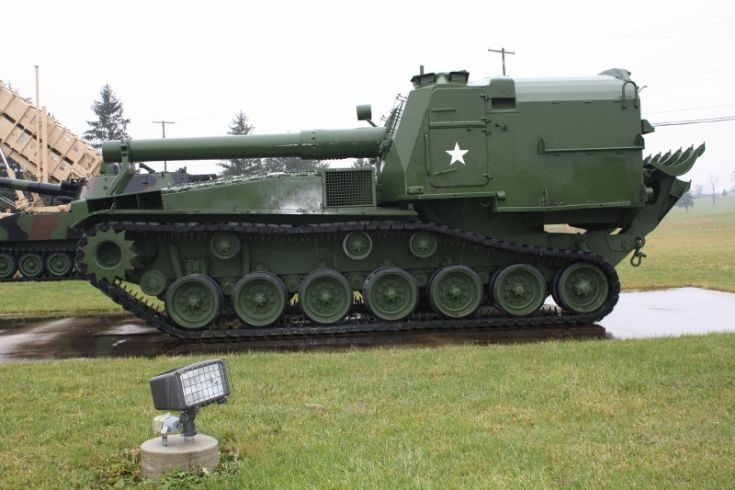 SS: This is where the branches end – obviously, it was designed before the addition of the T10 arties. I included it just as well, because the history part is quite interesting. Additionally, the proposal includes stats for some of the guns:

Gun Table:
The following guns are used in the Nationalist Chinese line. If it is already in game, the stats are the same as in game. If it is not in game, then it will meet the historical status.