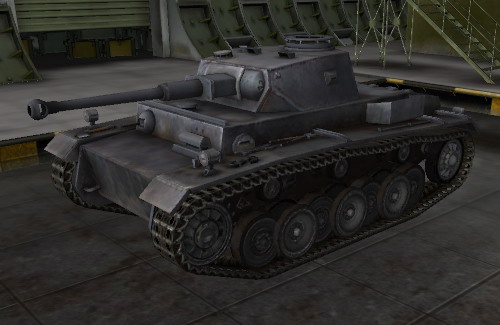 But first, in order to explain the logic behind WG’s decision, we have to have a look at the history of the VK3001H. Some very basic info can be found on the World of Tanks wiki page – the data written in the article are unfortunately quite incorrect.

VK3001H (the ingame designation will most likely be VK 30.01 (H) in order to adhere to Doyle’s system) is further development of the Durchbruchswagen concept. The DW vehicles (DW1 and DW2) were – as their name in German suggests – attempts to create a breakthrough tank (in other words, essentially a heavy tank). On 9.9.1938, it was decided to continue with the DW 30 ton category development. On 19.1.1939, Krupp decided that the new vehicle should be equipped with a 75mm L/24 cannon, the crew should be equal to that of Panzer IV and the tank should have 50mm armor all around. On 31.1.1939, this new vehicle program was renamed to Panzerkampfwagen VI (7,5cm), but the new experimental designation for it was VK30.01 (experimental/tracked vehicle, 30 tons, 1st prototype). At the same time, the old DW projects were renamed to VK30.01 (Alte Konstruktion), while the new VK30.01 was referred to as “Neue Konstruktion” (new design).

Design-wise, it was a classical German tank, with typical Henschel suspension (that would eventually evolve into the Tiger one via VK3601. The roadwheels had torsion bar suspension.

3 prototypes were ordered. The hulls were made by Krupp in Essen and delivered to Henschel in Kassel for final assembly in 1940 (1st hull – 15.3., 2nd – 15.4. and 3rd – 15.5.). Turrets were also ordered and Krupp was supposed to deliver them in 1940. However, these came later and most likely were never installed on any prototype machines. The three prototypes instead had a concrete cube installed instead of the turret to simulate the turret weight. The vehicles were equipped with 300hp Maybach HL116 engines and their maximum road speed was 35km/h.

On 30.1.1942, based on the preliminary tests (which did not show the vehicle in very positive light), it was decided to reduce the amount of the 0-series tanks being built to only 4 vehicles, which were built in March (2) and October 1942 (another 2). These tanks were sent to training units and were used for crew training.

The armament (which was still the 75mm L/24, quite insufficient for the 1942 battlefield) was also discussed – Krupp proposed on 7.10.1941 following options to the Waffenprüfamt 6:

WaPA 6 responded in the sense that they’d like the 75mm KwK 40 L/43 installed. Krupp replied that in order to do that, either the gun would have to be modified, or the turret would have to be bigger. In January 1942, the re-arm project was scrapped. The remaining machines were used for crew training and testing various equipment until the end of the war, when they were scrapped.

Now, you are probably already seeing already how unhistorical the VK3001H is in the game. The problem also is the reliability of facts. Rarely have I encountered so many contradictory messages, so I will rely on Jentz and Doyle in addition to Spielberger.

In the light of the vehicle’s history, it should be no surprise that being the successor of the DW series and the predecessor of the VK3601, this vehicle was spiritually (if not weight-wise) destined to be a heavy tank. Its armor and speed were made to fit this role, as you will see further.

Let’s start with the hull armor. Currently, the VK3001H (in an effort to make it into an agile medium tank, something it was never designed to do) is underarmored. In real life, it had 50mm armor all around (with the exception of certain frontal and rear armor heavily sloped parts, which were only 35mm thick). Why 50mm? Because in 1941, 50mm was believe to be an adequate protection from the 37mm L/46 PaK anti-tank gun, which was taken as some sort of baseline for tests. So, that’s good news for the players – more side armor, while keeping the weight, right? Well, there’s more and you won’t like that.

Expect extreme drop. The real life VK3001H was powered by a 300hp Maybach HL116 engine, allowing it to go around 35km/h (some sources state 25km/h, current ingame maximum speed is 55km/h). For 32 tons, you can expect the drop of power-to-weight ratio to around 9,3 hp/t (50 percent drop). All the current VK3001H ingame engines are not historical. Some might be kept, but most will be dropped.

Expect the stock turret to remain, but the 2nd turret (the Grossturm aka Schmalturm) will definitely disappear (VK3001H couldn’t mount the Schmalturm due to small turret ring). A bit of an info from WG: 2nd turret will most likely resemble the VK3601 stock turret, as that was its historical development. However, due to the loading strain, I’d expect reduced armor, something like 80/60/60, while looking like this: 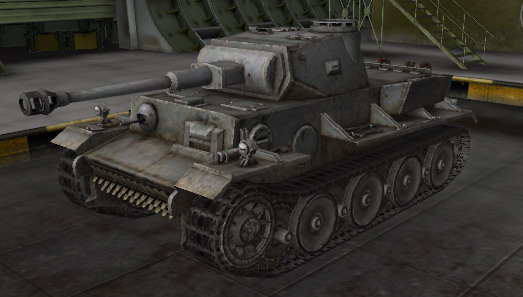 Now, here’s a pickle. As you can see, the choice is quite broad. However, it’s pretty sure that for tier 5, the Konisch won’t be installed (it couldn’t be even historicall). 75mm L/24, 50mm L/60 could both fit into the stock turret and they are most likely to appear. 105mm L/28 was never considered, so that will not show up I think. The top gun will most likely be the 75mm L/43 (L/48 was never considered, but theoretically could fit too).

What you will get is much slower vehicle, more compact than other tier 5 heavies, but packing some punch. With a buffed engine, I believe it might be the most mobile of the tier 5 heavies, but also the most fragile one, with 50mm hull armor (unless they buff it unhistorically).