The T-60 light tank is a fairly new member of the Soviet tech tree, arriving only 2 patches ago. However, according to NoobMeter data, the tank is only in 7th place by win rate and 3rd place by OP rating. How terrible! Let’s see what resources exist to get this thing to the top of the charts, as per standard Russian Bias protocol.

First, the gun. The T-60′s historical gun was the 20 mm TNSh, which is already bad on the MS-1, and is quite inadequate at tier 2. The hilarious DShK machine gun doesn’t really work well when you can’t do mad PzIC-like stunts. The 37 mm ZiS-19 is adequate, but it’s not an autocannon, which goes against the original spirit of the tank. Let’s see what we can do about that. The penetration of the DShK is more or less spot on. I guess using the data from here you can make an argument that since it can penetrate 15+15 mm of armour, that number should be at least a little bit higher, maybe 25 or something like that, but that’s peanuts. Hardly the Russian Bias quality change we’re looking for here. 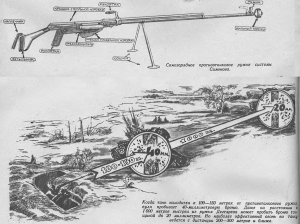 PTRS 41 elements and penetration, from the “With a rifle, against a tank” article by Lieutenant S. Glyazer

40 is a pretty good number of millimeters, and that’s using the standard 14.5×114 mm cartridge. Increasing the propellant size to the one from the 23×152 mm cartridge increased the penetration to a whopping 90 mm. That sounds hard to believe, but that bullet at 1500 m/s seems to get very good results against a Tiger. Now that’s a force to be reckoned with at tier 2! 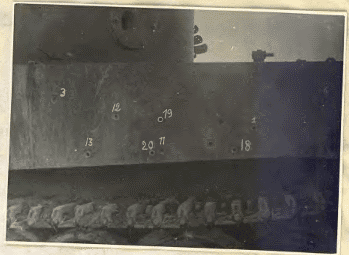 Now that we took care of the gun, let’s see what else we can do. The armour is a bit lacking, don’t you think? Outside of the slopes, it doesn’t really do much. World of Tanks’ own Wiki article about the T-60 talks about increased armour thickness of the turret to 35 mm (compared to the current 25). Later, 10 mm of spaced armour was added to the front of the hull and turret, for a respectable 45 mm of sloped armour on both. Not bad.