Some of you guys reading FTR, forums or playing the 8.8 test might have noticed the new T-44-122 tank. Some of you might even wonder, how will it be possible to get it? 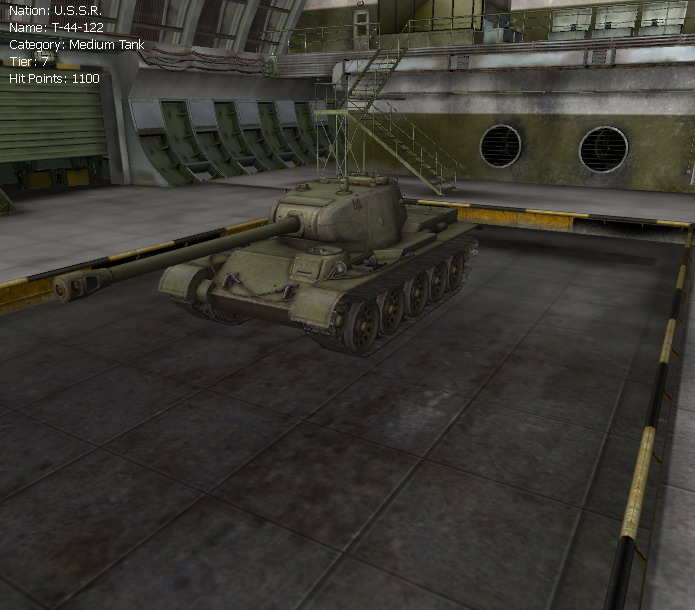 Reward tank – it could be a mission reward. It’s unlikely this vehicle will be a CW reward of some sort, as it is not tier 10, but SerB announced earlier that there might be reward tanks for difficult missions.

Promo tank – just as the name suggests, some tanks are given out as promos during various real life events (like Gamescom). Such tanks do not gain more credits like the premium tanks, but they can be used with untrained crews the way regular premium tanks work.

Betatester reward tank. Check this out:

This is the datamined icon of the T-44-122 (thanks Applesaucebandit for that). Notice the big T on it? We’ve seen this before, on the KV-220 tank, that was rewarded to WoT betatesters in Russia:

Furthermore, I encountered the vehicle today during the test on Siegfried line and the “T” was even on the battle icon. So, my best guess is that this tank will become a tester reward. But tester reward for what? Well, there are multiple options. It most likely will not be the Xbox WoT or WoT: Blitz, as those have separate account systems and it’s way too early for WoWs. Therefore it’s possible it will be a tester reward for WoT:Generals, or WoWp closed beta stage. That’s what I think anyway, of course I could be wrong. But it sheds some light on the issue.

However, no matter what it is, I think it’s very unlikely for this tank to appear outside of Russia.