Source: US forums (much thanks to Daigensui, as always)

Came from Tokyo Game Show. Also, there is apparently going to be an official Girls und Panzer voicepack. Yea, I know…

Wargaming, the leading free-to-play MMO developer and publisher, today announced that its highly acclaimed action game, World of Tanks, will soon be joined by war machines from Japan.

“The introduction of Japanese tanks allows us to explore the design and innovation of a number of legendary armored vehicles and give players the chance to experience their technological evolution throughout the mid-20th century,” said World of Tanks Producer Mikhail Zhivets. “Tank models based on original designs of Japanese engineers will offer players a wide selection of authentic upgrade schemes, each tailored for particular combat objectives.”

The Japanese line will initially field two branches with nine medium and five light machines, including such fabled models as the Chi-Ri prototype, the first post-war Japanese design Type 61, the light Type 95 Ha-Go and the medium Chi-Ha tanks. Developed during the late 1950s, the Type 64 (STB-1) will become the Tier 10 medium model.
Along with existing armored vehicles from the USA, China, France, Great Britain, Germany and the USSR, the new tech tree coming one of the forthcoming updates will become the 7th national line introduced into the game. 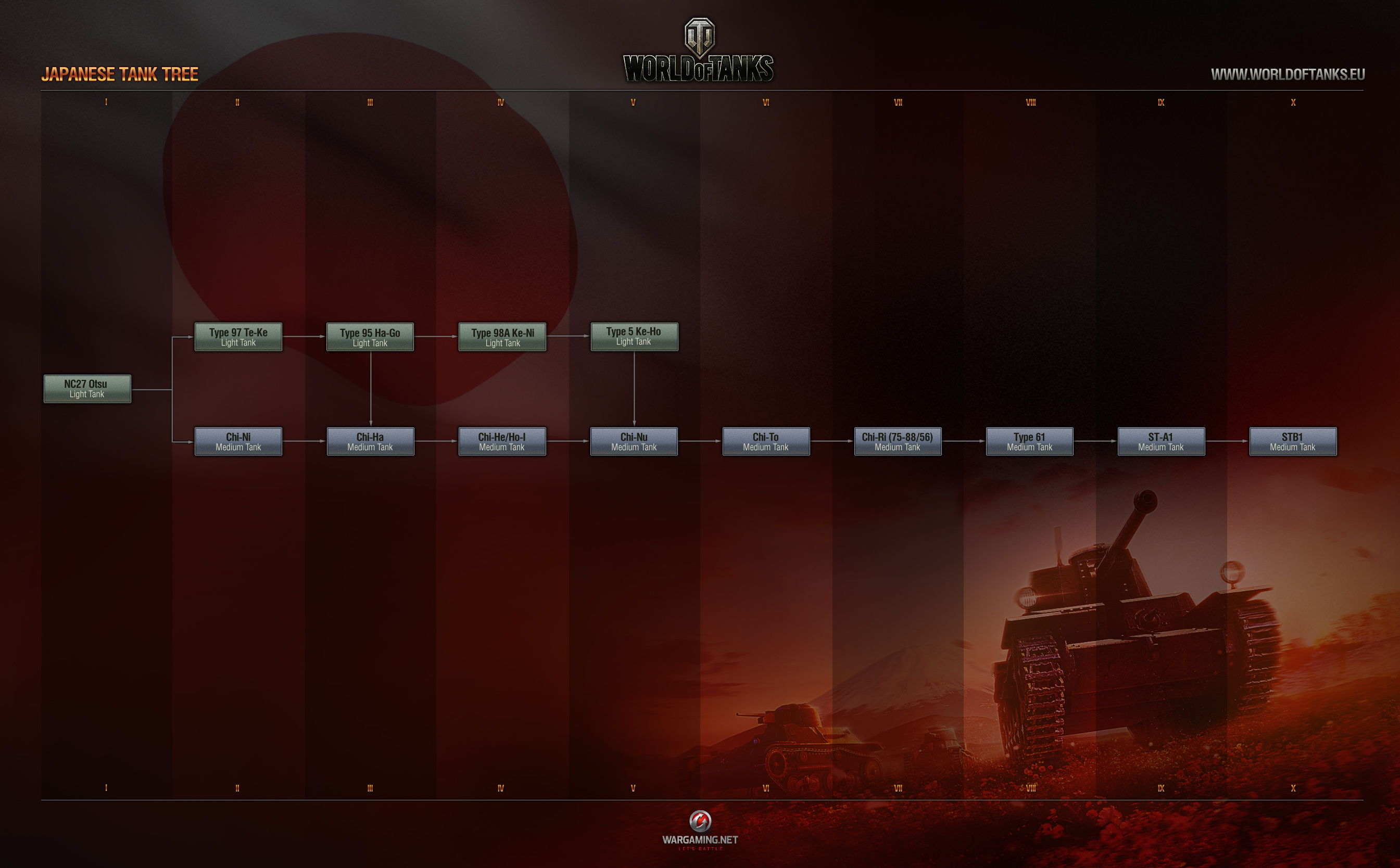 And a few screenies. Japanese tanks will be announced soon (already today possibly, with a trailer). 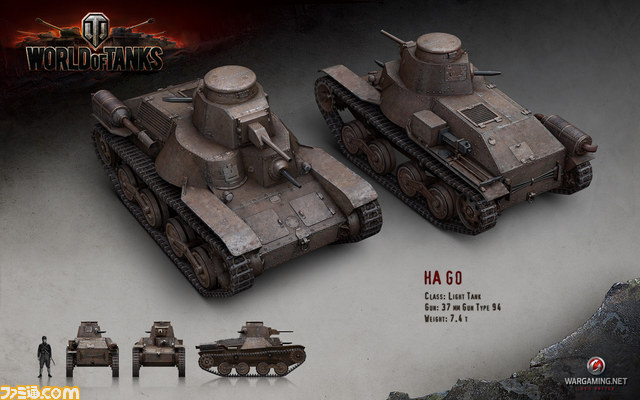 You can review them here