Thanks to those two guys who sent this to me (people, post nicknames so I can credit you, not only real names)

Apparently, the British love the tanks too. In Germany, the police stopped a family car, that was “converted” to resemble a tank, driven by a British driver near Darmstadt: 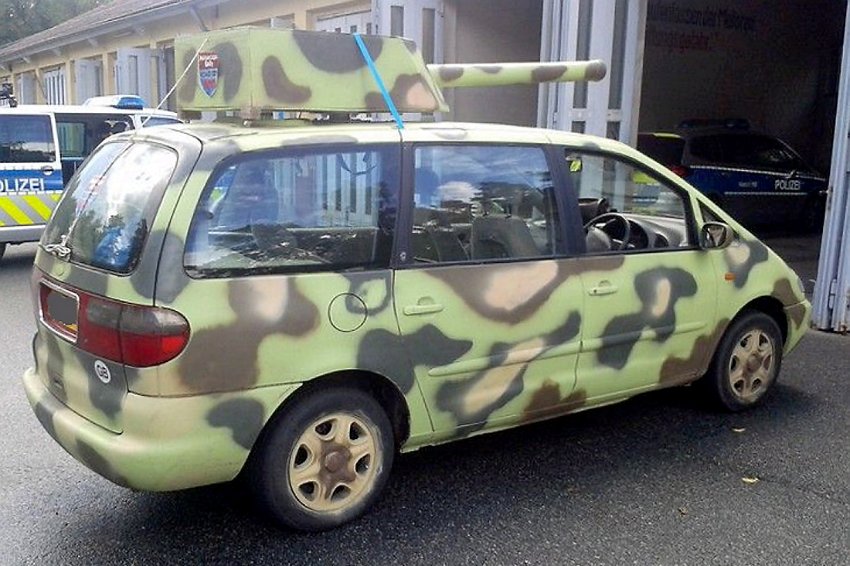 The vehicle had a fake turret made of wood with a plastic barrel and was pained in camo. However, the attachment of the turret to the vehicle was flimsy and the brakes of the “tank” were not satisfactory either. The 26-year old driver said he was driving a “rallye” from London to Prague, where he was to participate in the “most original vehicle” contest.

Not sure how the police encounter ended, but the vehicle sure as hell is original. The guns look derp :)

Apparently, a T-55 fell off a trailer into a ditch. It was being transported from Petrinja to Zagreb. The road actually collapsed under the weight of the vehicle and the trailer slid into the ditch. Noone was hurt and there was no major damage. The tank was actually obsolete and it was phased out of the military. 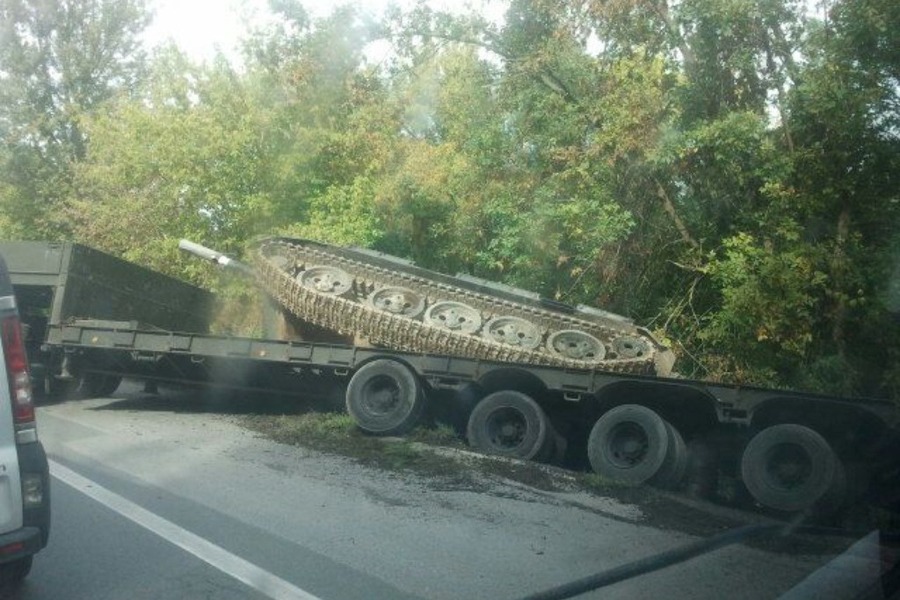 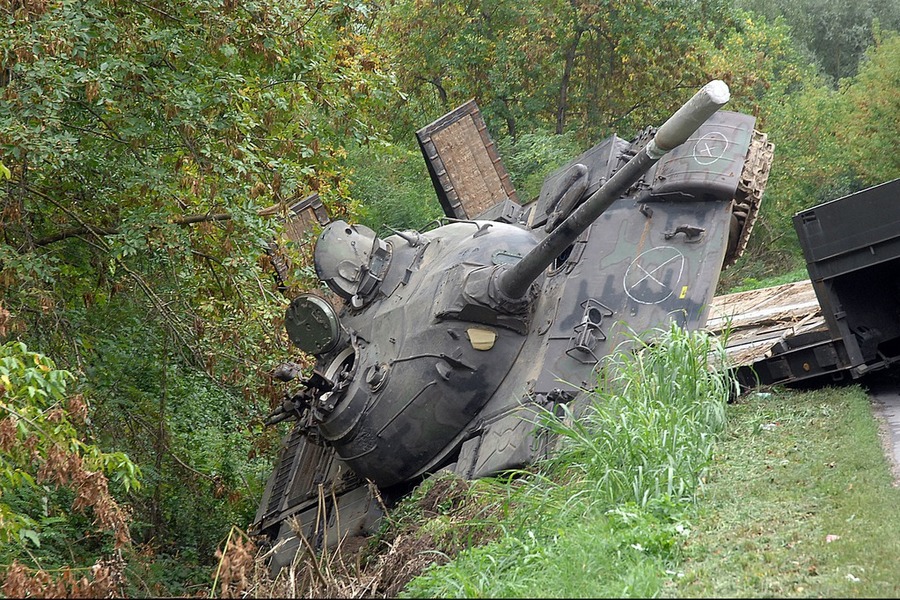 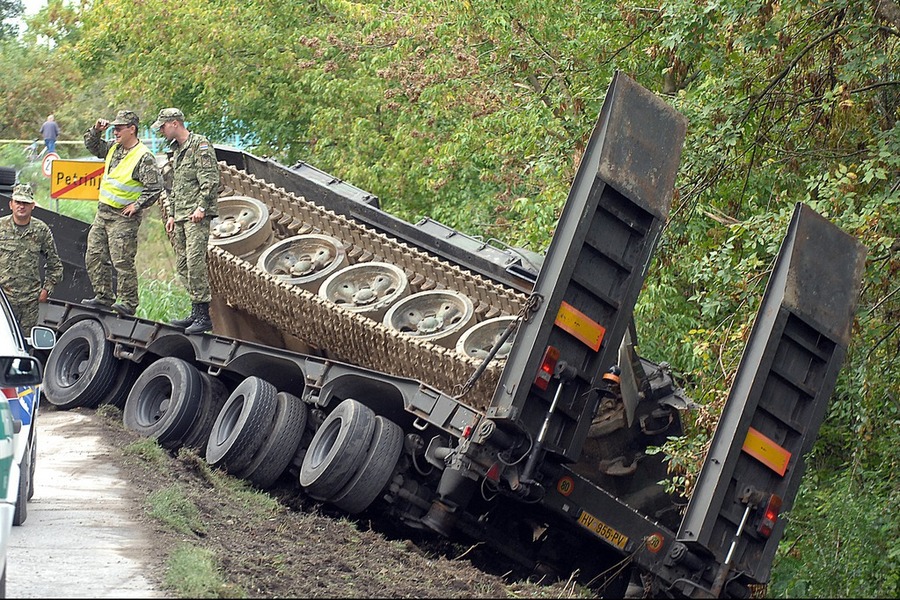 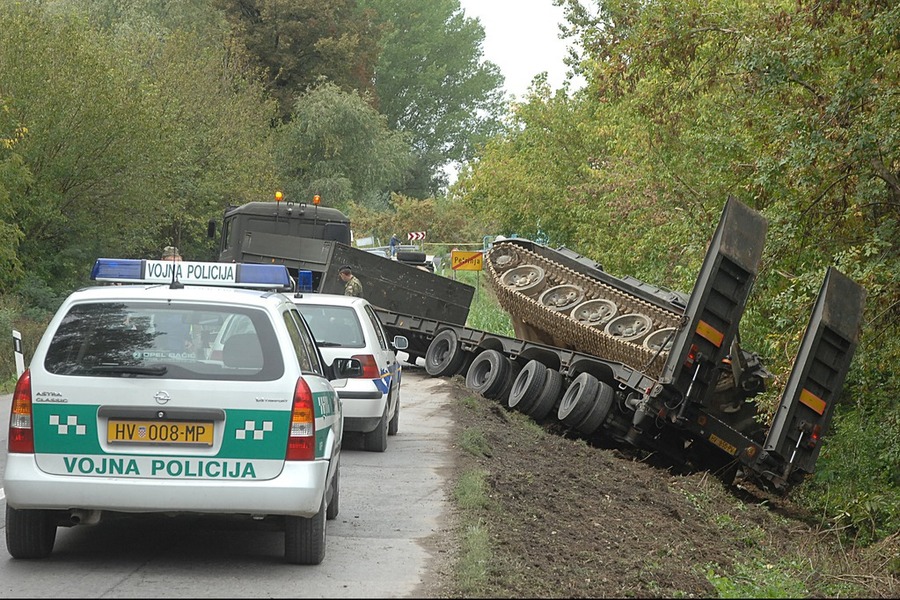 53 thoughts on “Strange tank-related events of the week”