In part one, we had a look at the ST-1, which was basically the original Hetzer (rebuilt or newly built with the StuK 40) and the plan to rearm it with the 76,2mm A19 gun. Now, we are going to have a look at what the Czechoslovaks did with the StuG III.

The history of StuG III in Czechoslovak service is not that long – or successful for the matter. As we learned earlier (for details, check the tank destroyers article), post-war Czechoslovakia used captured German equipment en masse, before the Soviet one became available in large numbers.

Directly after the war, the Czech landscape was littered with knocked-out German wrecks in various states. Some were destroyed completely, some could be salvaged. The latter were actually collected by assigned military teams and moved to Přelouč, Vrchtové Janovice and Děčín (sites of former German StuG repair shops), where such vehicles were concentrated, awaiting repairs. These old repair shops were actually available for work, but in the post-war chaos, the question, whether to reactivate them or not, was considered only by the end of 1945.

Most of the StuG III wrecks were Ausf.G (75mm StuK 40). Initially, the idea was to wait for the Soviet vehicles altogether, but as these were not yet available as mentioned before, the decision to ignore the StuGs was overturned. The available StuG’s were designated oficially as ShPTK 40/75N (self-propelled anti-tank gun, model 1940, 75mm gun, German) (1946-1949) and later redesignated to SD 75/40N (SD – “samohybné dělo”, self-propelled gun). These StuG’s were actually no different from the German ones, no improvements were made. The company AZ Přelouč (former military Wehrmacht repair shop) was tasked with repairing several dozen of the wrecks, but its capacities were low and they managed to fix only one vehicle by September 1946. Only after ministry intervention, the company recieved additional resources (for example an old factory hall) from the Ministry of Defense and the project was underway.
The refit of vehicles took place between 1946 and 1950 and by March 1950, 126 vehicles in total were repaired. These vehicles were then transferred to the army and were actually active for a few years – a dozen or so was sent to the Czechoslovak tank training center to serve as school vehicles.

From November 1953, the deactivation of the Czechoslovak StuG’s began and they were gradually being replaced by the SD-100 (Czechoslovak license-built SU-100). Some continued to serve as training vehicles, but since August 1954, pretty much all of them ended as reserve vehicles, mothballed in military warehouses and by 1960, the StuG’s were officially removed from the list of military vehicles altogether. In 1955, 12 were sold to Syria. The rest of the vehicles was used in making various war movies (Czechs were pretty good in making movies with real vehicles – no SU-85-based StuG’s here) and some actually lasted as military vehicles (deactivated, used as target practice, for training infantry assault or for basic driving) by 1970 (as shown on the photo below) 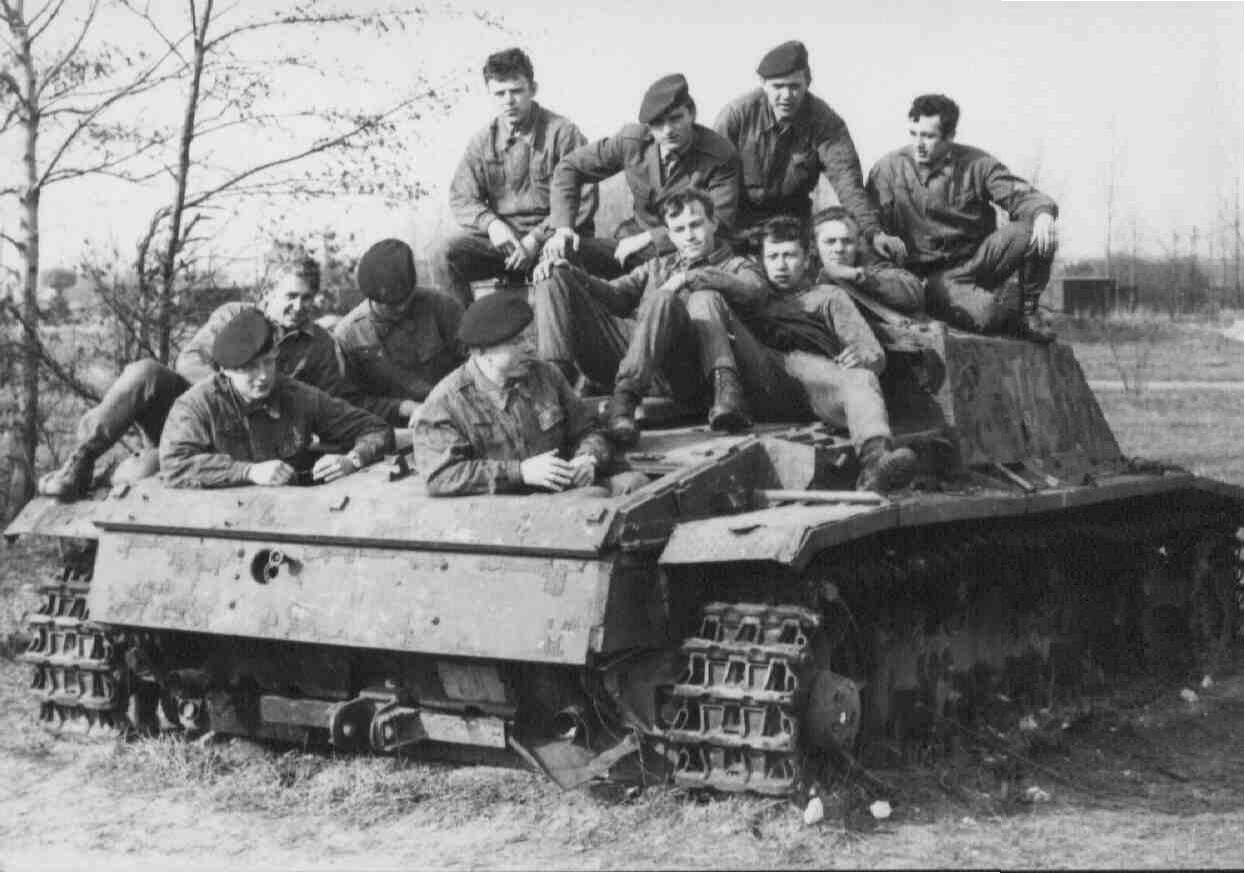 As mentioned in the part 1 of this article, there was a proposal from December 1950 to actually upgun the StuG with the Czechoslovak-developed 76,2mm gun A19 (the picture on top of this article shows how such a conversion could have looked, just an impression though). As mentioned in part 1, the gun had following characteristics:

There was another proposal from June 1951 to upgun the StuG with the 85mm vz.44 gun (ZIS S-53). It would have looked something like this.

What would both changes do to the driving performance of the vehicle, one can only guess, but the guns were quite heavy. Originally, the StuG III chassis could not carry the L/70 (there was a project of the 75mm L/70 on StuG III chassis, but it required a superstructure), so it is not actually clear how exactly would this rework look (it’s possible the vehicle would have different superstructure).

Still, I do believe it could be fun to have such a Czech StuG driving around. There will be one more part of this article, dealing with the SD-100 and its improvements.