part 1 and 2 of these series deal with the background of the whole situation, so if you are interested, please read them first. This will be the last part… for now anyway. We’ll have a look at the SD-100. 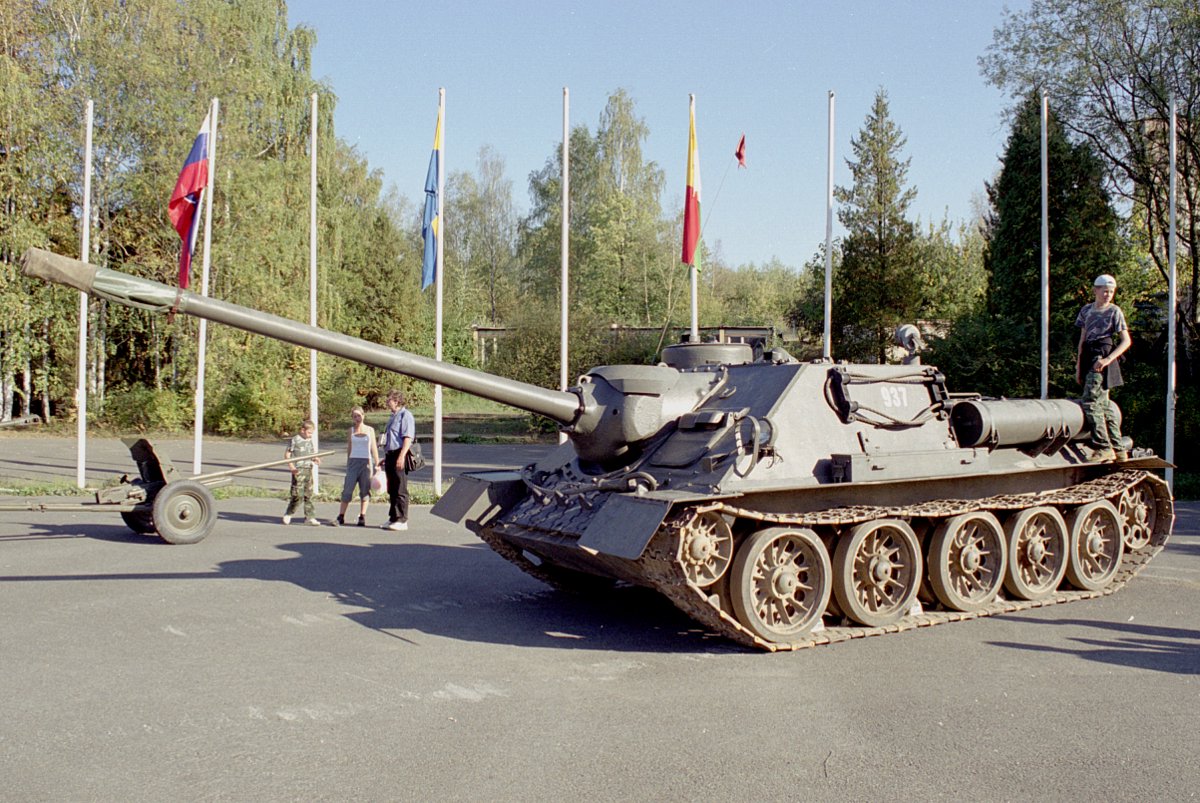 The SD-100 is, simply put, Czechoslovak license-built SU-100. The license rights for it have been acquired in 1951 and the production itself ran from 1953 to 1957. Between 1953 and 1954, the vehicles were produced by ČKD Praha (130 pieces), but after that, the production moved to Slovakia (a partial reason for this – apart from the attemt to fully industrialize Slovakia Soviet-style, was strategic: Slovakia was much further from possible frontlines than Prague) to J.V.Stalin factory in Martin (641 pieces). The production ended in 1957, 771 vehicles were made in total.

460 of these vehicles went straight to the Czechoslovak People’s Army (ČSLA), where they temporarily served as “tanks” on paper, as there has been a shortage of T-34/85 vehicles at that time. The rest went for export. In ČSLA they served until the 60′s, when the army decide to phase them out and sell them to “allied” regimes all around the world. They were only partially successful (lot of those vehicles stayed in the army reserve warehouses for a long time), but some were sold to Morocco and some to Syria and Egypt. Egyptian and Syrian SD-100′s took part in the Suez Crisis (1956), Six Day War (1967) and the Jom Kippur War (1973). The main users and export destinations were: 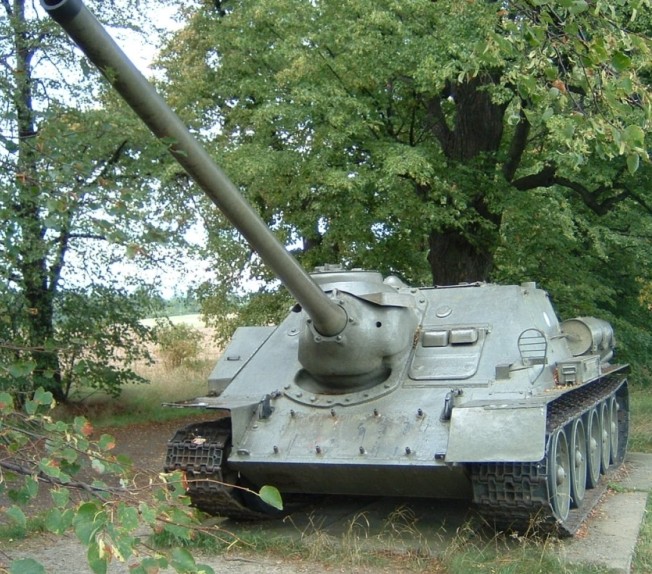 As far as I know, these vehicles were not seriously modified compared to their Soviet counterparts, there was a modern radio station (RM-31T) and different roadwheels.

But that’s just the “stock” SD-100… what about the improvement?

During the meeting between Škoda and ČKD representatives on 13. to 14.12.1950, it was proposed to arm the SD-100 with Czechoslovak-developed experimental 100mm A20 cannon (the picture above is how it might have looked).

The A20 was a 100mm universal cannon, developed in two variants: the A20 anti-tank gun and the R11 anti-aircraft rapid fire gun. The development of this gun started in 1947 and in November 1948, first drawings were made by Škoda Pilsen. The AA version was constructed from the beginning with an autoloader (inspired by the one developed by Germans for their 88mm FlaK guns), capable of 25 rounds per minute (with a 5 shell refillable cartridge).

The gun was supposed to use the same specially developed Czechoslovak ammunition, that would be used for the experimental AK1 tank gun, intended for the TVP tank. This gun was projected to fire a special tracer AP round, capable of penetrating 160mm at 1000m (30 degrees), which – counted in WoT terms – would give it cca 220-230mm penetration. However, there were some delays in development (lafette, targetting systems) and in the 50′s, both the AT and AA versions were cancelled (some of their elements were used to improve the Soviet guns) – prototype was however built and tested. Note that the A20 (unlike the AA version) was later modified to fire the standard Soviet 100mm ammo (for D-10 guns).

Anyway, as you can see, the gun could mount an autoloader in both versions. Would it be possible to mount it into the SD-100? The Czech engineers thoughts so (otherwise they wouldn’t have proposed that). Personally, I don’t know. The autoloader mechanism doesn’t seem too big on the photos, but the interior was cramped. I am pretty sure the gun itself could be mounted (with the powerful ammo, having a 220 pen SU-100 could be fun). Perhaps the interior could be modified to handle the autoloading mechanism at the expense of some traverse and elevation/depression.

I will look into this in a bit more in the future.