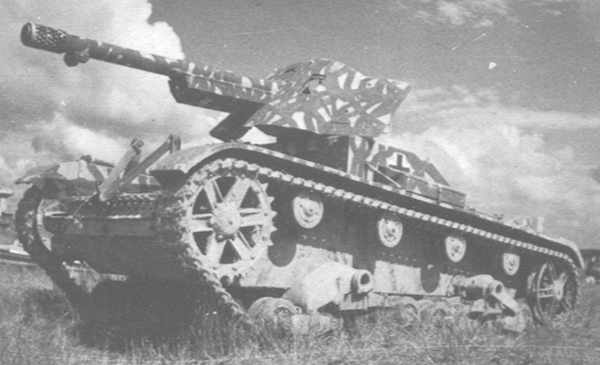 As you might have guessed, it’s the 75mm PaK 97/38 on a T-26 hull. As an improvised tank destroyer, it was moderately successful, but let’s have a look at the gun first.

The 7,5cm PaK 97/38 is nothing else but the old 1897 (!) pattern French field gun. This excellent gun made a name for itself during the Great War and in 1940, the Germans captured a large number of these guns (although the barrels and ammunition for them came also from Poland and Yugoslavia). The situation on the eastern front (specifically the huge number of Russian armored vehicles) forced the Germans to press this gun into service by mounting it on a 50mm PaK 39 lafette and by mounting a large muzzle brake. However, as an anti-tank gun, the gun was mediocre at best: its low muzzle velocity (570 m/s, caused by the short L/36 barrel and obsolete French 75mm ammo) allowed it to penetrate only 75mm armor at 500m (in World of Tanks terms, it’s probably somewhere around 90mm pen). HEAT ammunition was actually developed by the Germans, but it was issued late and in insignificant numbers (it could penetrate cca 90mm of armor (90 deg) at any distance up to cca 1500m). Furthermore, the gun range with an AP shell was only 1900m, the gun was heavy (difficult to maneuver) and unstable when being fired.

It could however serve very well as an infantry support artillery piece, being capable of firing 12-14 rounds per minute. During 1942-1943, most of these guns were replaced by German ones (PaK 40) and pulled back to France, where they were issued to second-line AT units – last pieces were used during the Normandy landings, but by then, they were hopelessly obsolete. 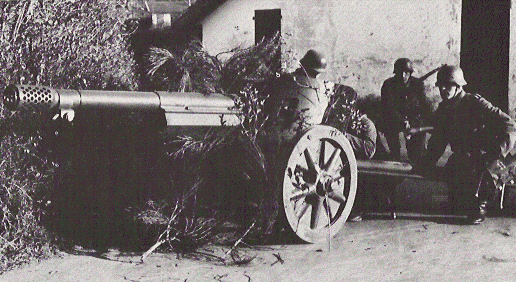 The Finnish army actually tested the gun under the designation of 75 PstK/97-38 “Mulatti” – in 1943, 46 pieces were converted in Germany and sent to Finland.

Actually, the Finnish army also used the original model (mle 1897) artillery as early as the Winter War (they bought 60 pieces from France, later (from German captured stock) increased to 96 pieces), but all of them were worn out and by 1942, they were recalled to reserves. 46 then went to Germany, where their parts were used for the abovementioned anti-tank guns. 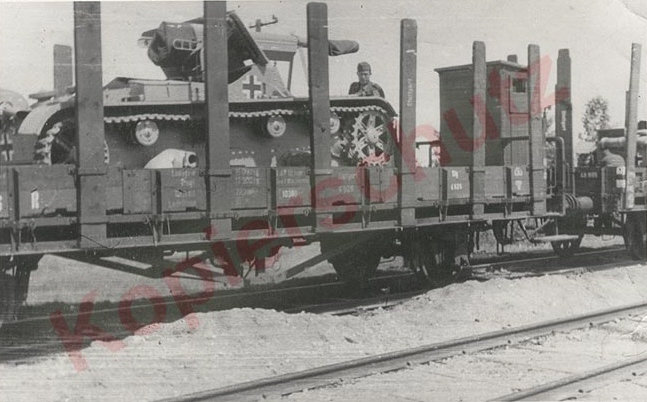 As mentioned above, ten pieces of T-26 Soviet light tanks (designated Panzer 740(r) in the German captured tanks terminology) were converted into improvised tank destroyers in 1943 by having their turret removed. In January 1944, they were attached to 3.Kompanie, 563.PzJägAbt. – they didn’t stay there long, by March 1944 they were declared obsolete and officially pulled from service.

In World of Tanks this vehicle could make a decent tier 3 premium tank, just like the the FCM Marder. The vehicle could have following characteristics:

Its advantage could be an excellent camo factor.