Being the classical late WWII German swiss-knife tank, the Panther had many planned evolutions.One of the most interesting and obscure of those was its Waffentrager (gun carrier) configuration.

Early studies were derived from an evolution of the Pz Sfl IV C, with a derived platform using Panther components: 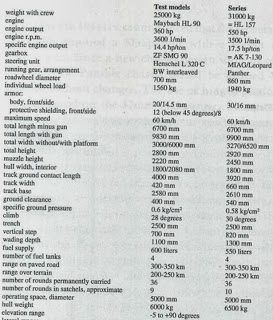 As shown by this specifications, a Panther based Waffentrager armed with a 8.8cm FLAK 41 and most of its armor stripped out would weigh only 31 tons.
From this start Krupp went ahead with draft W1734, using a SFH43 heavy howitzer with -8 gun depression and the estimated weight rose to 34 tons, provided the apparatus for separating the gun from the carrier was not included in the chassis.

In the end, a wooden model was created, with an open top rotating platform and a gun shield: 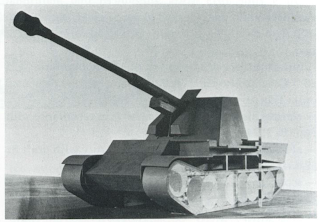 The 128mm K43 (analogous to the Pak 44 L/55) woud add approximately 5 tons to the SFH 43 proposal, bringing the weight to 39 tons, still leaving plenty of room for a more powerful cannon as the series tank ended up 45 tons heavy.
There are no details for the 21cm howitzer but two options are likely to have been either the massive 21cm morser 18 (adding almost 7 tons and reaching series Panther weight) or the shorter 18/19 version, which at a modest 9.1 tons it would be almost the same weight as the 128mm L/55, ending with a 39-40 ton tank.

This is of course the historical configuration, but given  the chassis capacity left, a much more extreme design could have been made:

- The 128mm L/55 had a 3 rounds drum loader planned, giving the tank good burst capability, but given chassis capability we could extend it further. The longer 128mm L/61 is estimated to be 2-7 tons heavier, still within chassis limits, although balancing the gun would be a challenge.

- Going into the 15cm class, we could consider a few longer 15cm class cannons, up to L/55. This would bring the chassis weight up to 42 tons and still be acceptable in terms of weight but that would be too long to really balance on a turret, so we could instead consider it’s smaller L/43 brother which at mere half ton more than the 128mm L/55 delivers a 15cm shell at 757 m/s, enough to give out pretty decent penetration.

All in all, the Waffentrager Panther could have been another real German feline from hell: agile like a leopard, with the bite of a lion but the soft skin of a kitten with 30mm maximum armor.