an interesting photo from Yuri Pasholok’s archive came up. Check this out: 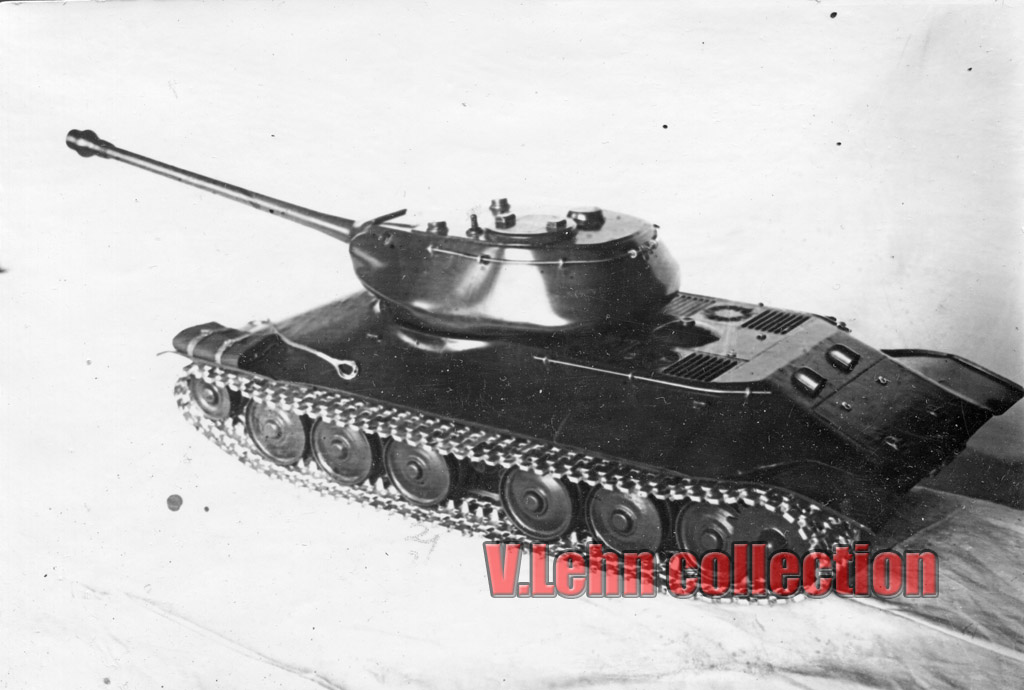 This is a very late-war proposal to modernize the IS-2 tank the way the army (not designers) wanted (by Plant No.100). The task was to modify the IS-2 hull, so it would somehow resemble the T-34 shape wise. The sloped armor everywhere was added in order to increase the vehicle’s ability to withstand shell fire (including the back). This was caused specifically by the appearance of the long 88mm gun on the Ferdinand tank destroyer.

Yuri Pasholok states that after this, the project bureau went to do more realistic proposals, such as the IS-3 and IS-6, which would put this proposal around early 1944. An interesting fact is that it was projected by roughly the same people as the later Object 279.

19 thoughts on “Modernized IS-2 proposal”