Silentstalker: Hello everyone, we have another guest article from Captain_Nemo here. Enjoy!

QA: Stream with the Chieftain Posted on December 9, 2013

The Archer is an unusual tank destroyer. It is unique not just in its layout of the gun on the chassis but in the gun itself. It is the British 17pdr. Now because of the gun alone the tank destroyer will never be Tier 4 material. It simply has too much penetration with the gun but more on that in a minute. Let us look at the background and history of the Archer.

The Archer was the second in a series of self-propelled guns produced on the Valentine chassis. The first design produced was the Ordnance QF 25-pdr on Carrier Valentine 25-pdr Mk 1, better known as the “Bishop”. The second design was the Self Propelled 17pdr, Valentine, Mk I “Archer”. The Archer is not quite the expedient hack job that the Bishop is nor is it nearly as bad as the hack job of adding a 6-pdr gun and gunshield to the top of the Valentine in place of a turret. The Archer was reasonably well thought out.

By 1942 everyone but the British had gotten on the Self-Propelled Gun and Tank Destroyer bandwagon. The British had however designed the 17-pdr gun high velocity anti-tank gun, back in the Fall of 1941 which was designed as the answer to the deadly German 8,8cm. The 17-pdr was approved for production in mid-1942. The problem was, for the British, to find a suitable mount for this long weapon from amongst the existing tank chassis then currently available in reasonable numbers. The Crusader was ruled out because it was too small and too underpowered to take the mounting, leaving only the Valentine chassis as an option.

The fighting compartment consisted of a fixed armor plate superstructure (8-14mm thick at best) incorporating both the original turret space and the driving compartment. The gun could be traversed 11° to the Right and11° to the Left of the center. Elevation was -7.5° depression to a maximum of +15° elevation on level ground. One of the problems experienced with the Archer with the 17-pdr mounting was that the gun recoiled over the driver’s seat, and consequently the driver had to get out of the vehicle as soon as he had reversed the vehicle into a firing position another problem was the lack of overhead protection which crews were critical of.39 rounds of ammunition were stowed. In spite of its long gun, the Archer was little longer than the Valentine chassis on which it was based.

Use of the Archer TD in WW: The Units

First off: not much is written about the Archer TD. Period. Secondly, researching the unit that used it has been an unholy pain. Thirdly, I somehow ended up with another article topic for a future article. What information we do have from combat of the Archer comes from the 314th Battery, 105th Anti-Tank Regiment. Royal Artillery. British XIII. Corps operating under the command of the British 8th Army in Italy. Yes it is a bit of a mouthful but it’s all I got. There are also mentions of the Archer being used in indirect fire and direct fire, which happened a lot, once the HE ammunition for the 17-pdr was redesigned to fire the shell at a lower velocity. Once that happened, the Archer, just like the M10, was only too frequently firing HE at the Germans and Italians or taking out machinegun nests and pillboxes throughout Italy. From very late 1944 to early 1945 (Winter) the Archer was also used in North-Western Europe. Although I don’t know exactly where – yet. The only unit I know of that used it in North-Western Europe was the 20th Anti-Tank Regiment but information on them is even more sketchy then the 105th Anti-Tank Regiment.

The 314th Battery traveled with the 7th Brigade and fought a retreat from Burma to India and in the process lost all of its 2pdr. portee’s when it was forced to destroy them along the way. After that, the 314th was sent to the Middle East through India and Iraq eventually landing in Egypt where in December of 1942 it was placed under the newly formed 105th Anti-Tank Regiment. As to what they were doing between India and Egypt… IDK the only note I have was that they were doing nothing in-between India and Egypt in 1942 but I am sure somebody has info on them somewhere. The information pool is a bit dry on the best of days when dealing with units.

Use of the Archer TD in WW: The Action

As I previously stated the 314th was re-equipped with Archers in late 1944. In late 1944 the sharp eyes of one of 314th Battery’s Archers detected a Tiger tank and fired its 17-pdr at it. The round narrowly missed and the German tank commander, upon hearing the sound of the 17-pdr firing at him, quickly moved his Tiger out of sight behind a building. Unfortunately for the German commander the Tiger was spotted by a Lysander Air Observation Post which signaled down to the Archer the location of the Tiger behind the building. The Archer fired again and the shot went through the building and knocked out the Tiger by piercing its thinner side.

Soon this will be an all too common occurrence in World of Tanks. Minus the Lysander Air Observation Post ofc. 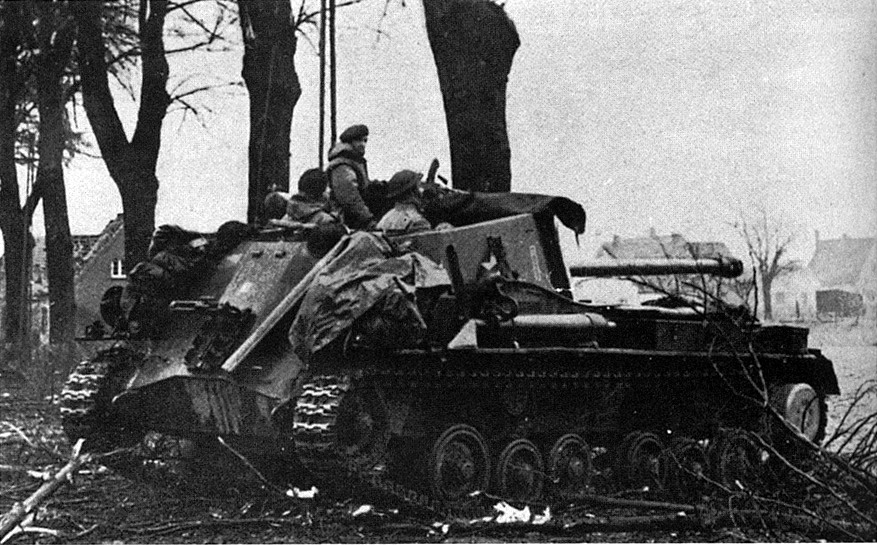 The Archer is a lot like the FCM 36 PaK 40, better known as one of the many options that made up the Marder I series. It is a slow tank destroyer packing a big gun, has good view range, an excellent rate of fire, it also has a very limited gun transverse, crew are killed easily and it should sit well back and or at the least not get spotted. And that is where similarities end. The Archer is low to the ground and is a compact design as previously stated. Being low to the ground it should have a good camo value. In fact we can see how other vehicles with similar profiles stack up.

How good a camo value you ask?

(Camo pulled to compare from http://www.wotinfo.net) 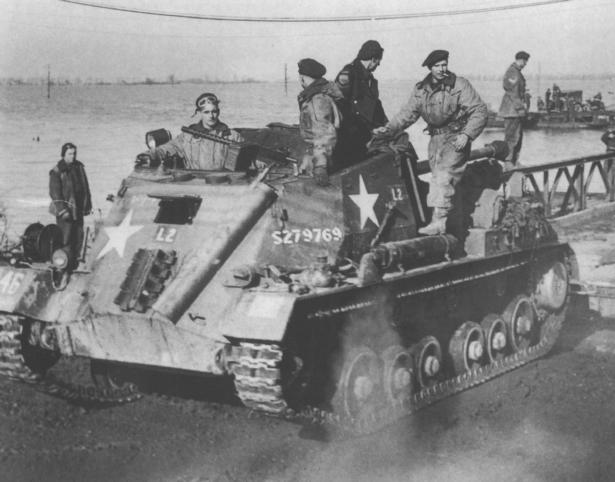 This may, to some people, make it seem like the Archer with its 17-pdr is now a machine-gun-spitting-lead machine… Well it is, and it should be. What else did you expect? Gun transverse is not much better than the Pz. Sfl. IVc although depression is and that depression will be an important tactical advantage for this TD although it is not any better then the StuG III. Elevation is not bad either with a comparable arc to the Hetzer (-8 /+15°) and StuG II (-8/+23°) although I am not sure if those arcs are for the top gun or not. Accuracy should more then be on par with the Flak 8,8 as should aim time.

There is no way I would give it an aim time like the other 17-pdr’s in game (1.7s to 1.9s base) and give it the same rate of fire as those guns (13.65 r/m). That would be silly and stupid in terms of balance plus as a Tank Destroyer the Archer should be sitting in wait and then unloading it’s relatively small number of rounds quickly before driving forward to get away. (Remember the gun faces the rear of the Tank Destroyer.)

I plan on seeing at least three 17-pdr guns on the Archer with increasingly better specs.

For engines we can simply look to the Valentine tanks already in the game. Namely the Valentine, Valentine II (Russian LL Premium T4) and Bishop (UK SPG T5). HOWEVER, the Archer was an outgrowth of the original Valentine chassis and as such a more powerful diesel engine, GMC 6-71M, producing 192 hp was used in its production. In game this would be the Archers top engine. As for Radios it is the same as the Valentine’s with the use of the Wireless Set No. 19 Mk. II. Although I wonder if WG would add the Wireless Set No. 19 Mk. III to the mix to give the Archer just a little more radio range (550m vs 450m). It would make sense considering its low top speed.

As for camo the Archer needs all the camo it can get. If we use the 1/3 rule for the reverse speed of a tank then this thing is dead slow at 11kph. I think it should have all the camo it can get on the move and while sitting still. As for firing I have no problem with it losing a lot of camo due to the good sized flash that will come off the end of the 17-pdr.

For tracks I would expect the transverse to be something similar to the Valentine (UK) at 40-42° per second. If not the higher figure for the Valentine II (Russia) at 48° per second due to the lower vehicle weight compared to the normal Valentine. It should be quite the experience to drive and fire… 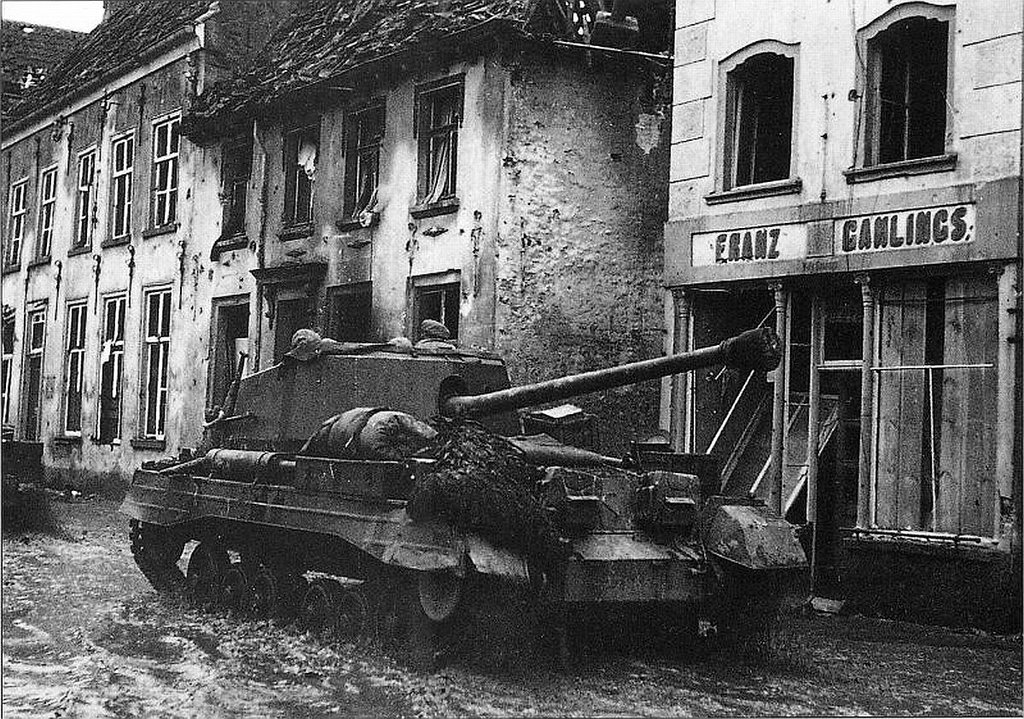 42 thoughts on “The Archer”