Okay, this is something I wanted to post for a while now, after Yuri Pasholok posted two photos on his blog. Those of you, who play Soviet tank destroyers in World of Tanks, might remember the SU-85 and SU-100 elite guns. SU-85 has the 85mm D5S-85BM, while the SU-100 has the D-2-5S? But are they historical?

As I wrote above, Yuri Pasholok posted this photo on his blog, that sort of “inspired” me to look up some info. There is not that much. 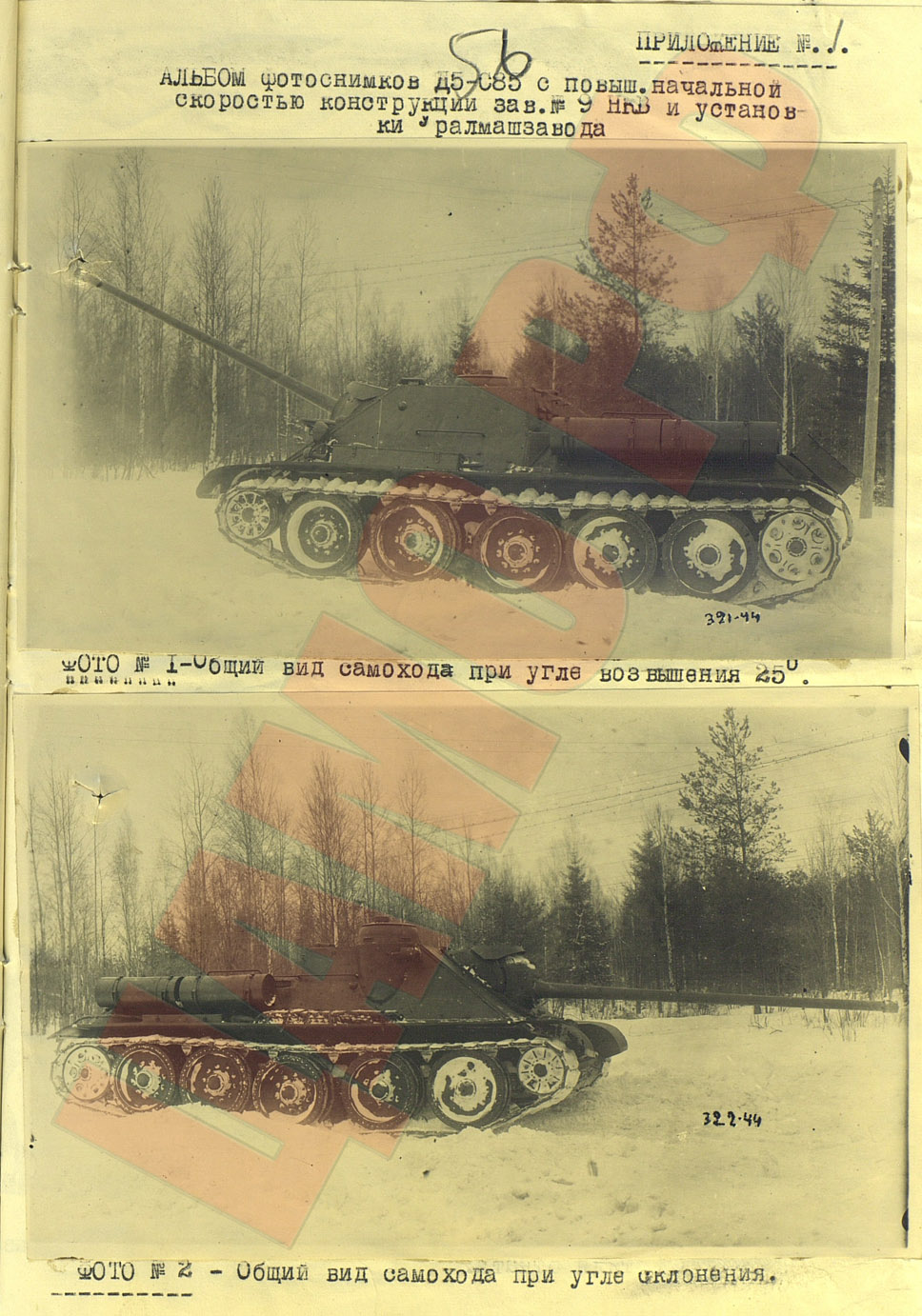 The photo is from January 1944 and it shows nicely this improved SU-85 variant. Based on the data from A.V.Karpenko (I really am not sure how reliable this author is, but it’s enough for start), the BM variant (high power) of the D-5S gun was created by the design bureau of Plant No.9, led by F.F.Petrov. The muzzle velocity of the gun was increased to 900 m/s, leading to 20 percent increase in penetration. The barrel was 1068mm longer than the one of the original D-5S and to compensate for this, the trunnions were pushed back by 80 milimeters. The prototype vehicle (the implementation of this gun into the SU-85) was made by the Uralmash plant in January 1944. It was tested at Gorokhovets proving ground between March and April 1944. It passed the tests, but was never accepted in service because of the appearance of the SU-100 project. 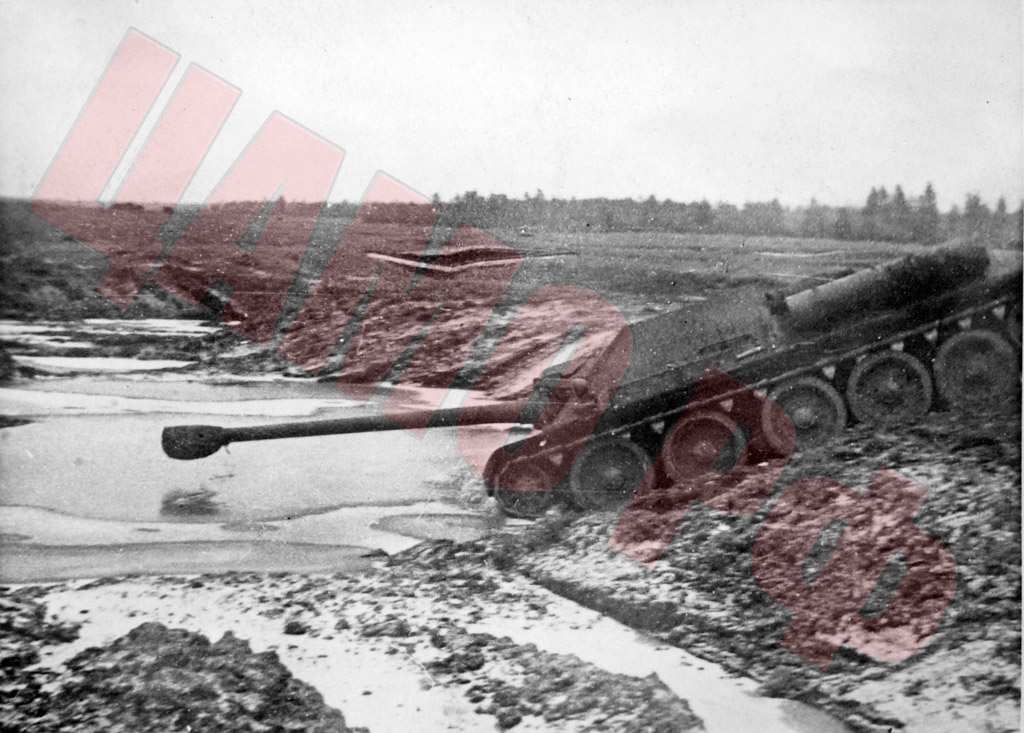 This picture, again posted by Yuri Pasholok, shows the SU-122P being tested in November 1944. Based on this article, SU-122P is a SU-100 variant, equipped with the D-25 gun (ingame D-2-5S is really the same D-25 gun, just with a different breech mechanism). According to the article, the SU-100 could have been ready much earlier than it was (Summer 1944), but the problem was the D-10S 100mm gun development, that got delayed and so measures were taken to compensate, creating the SU-85M vehicle, which was basically a SU-100 hull with an 85mm gun from SU-85. Apart from this stopgap measure, Uralmash also developed a design of their own, the SU-122P, equipped with the powerful 122mm D-25 gun. Most of the components used for this vehicle came from the SU-100 design, but some did from the SU-85. The SU-122P was designed rather quickly, since D-10S and D-25 mounts took the same amount of space inside the vehicle and thus the D-25 was easy to implement.

The works on the prototype started as early as May 1944 and in September, the vehicle underwent factory trials. These trials were successful and after a few weeks, the prototype was sent to the army proving ground at Gorokhovets. There, the vehicle proved itself once again, but despite this success, the order to mass-produce it was not given. The reasons for that were following:

- first of all, the D-25 had 4-5mm lower penetration than the D-10S, although the effect of HE shells was twice as big
- the vehicle could carry only 26 122mm rounds
- the rate of fire was reduced to 3-4 rounds per minute
- the recoil was higher than the one of the D-10S, having negative impact on the suspension, when firing the gun on the move
- the problems with the combat compartment being too cramped were not solved

All this was enough to reject the SU-122P. To makes even worse, there was the deputy commissar of tank development Kotin’s opinion – he distrusted the principle of mounting high caliber guns on the T-34 chassis. And the last thing – the D-25 guns went for the IS-2 production and so it was considered not practical to have two platforms with the same gun.