today, we are going to talk about two Czechoslovak wartime projects by Škoda. Both were offered to the German army.

The full name of this project was “Selbstfahrlafette 7,5 PAK (Škoda)”, but it was also referred to as VOSS I, in “honor” of the installed German CEO of wartime Škoda (Skoda-Werke), Dr.Wilhelm Voss. It was developed in 1941 (the drawing is dated August 1941 specifically) as an anti-tank gun on the Škoda suspension from the T-21/22/23M tank (it is unclear, which suspension was used), likely after being asked directly by Wehrmacht (in order for them to offer this design as a cheap alternative to German tank destroyers to Germany’s allies). Drawings and a small wooden mock-up were made, but the project got cancelled later on for unknown reasons. 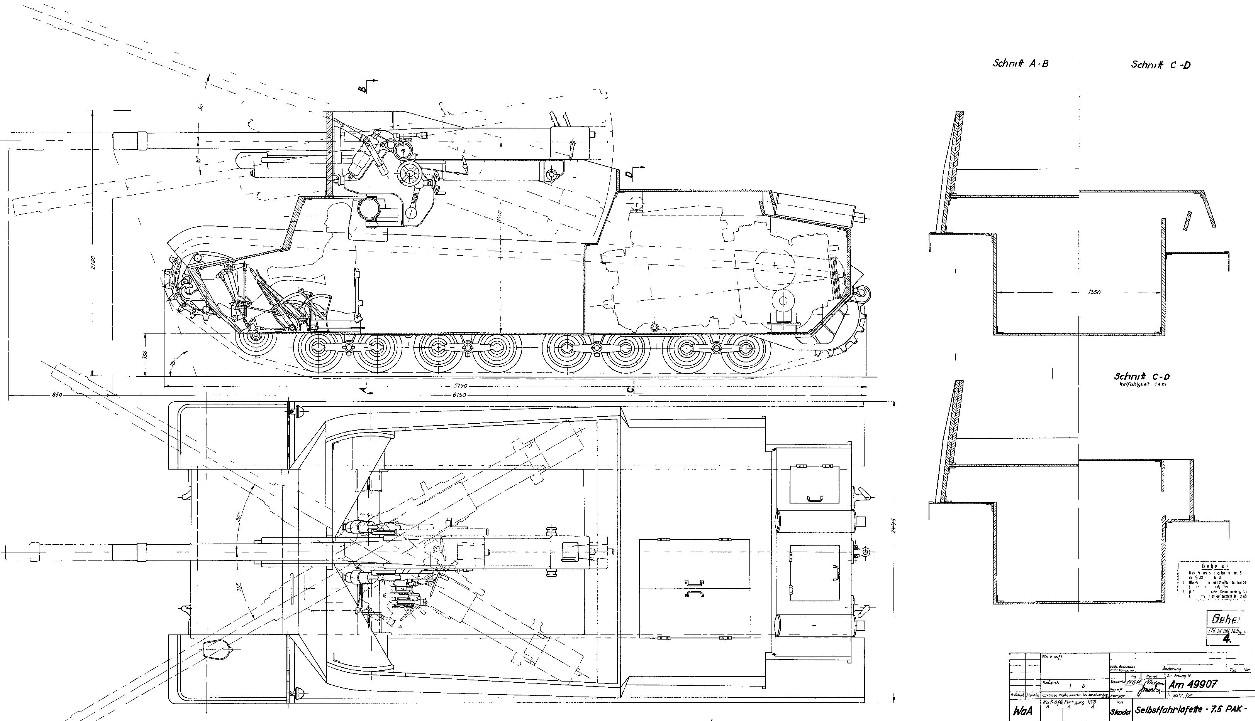 VOSS II (15cm s.I.G. 33 auf Škoda T-21) is even more mysterious. It was a wartime project to mount a 150mm howitzer on the T-21 chassis (although some sources state T-22 or even T-23M), the date of this is unknown, although Pejčoch states the mockup was created in 1942, so it is possible it was some sort of “sister” project to the previous one. Again, it wasn’t accepted into service (despite W.Voss’ lobbying for VOSS I). The only thing we know is that it was supposed to be powered by a 240hp Škoda V8 engine (strangely enough, different engine than for VOSS I)

Both of these vehicles could theoretically appear in a potential Czechoslovak TD branch, or could fit the premium role for Germans.

15 thoughts on “VOSS I and VOSS II (Škoda Selbstfahrlafetten)”