today, we are going to have a look at what an ammo rack explosion can do in real life.

The sad events, described in this article, actually happened on 9.1.1991, when a Soviet army T-72A, stationed in former Czechoslovakia, was ripped apart by an ammo rack explosion, causing the death of no less than 17 soldiers – one of the worst military accidents in Czechoslovak history.

As written above, it happened on one cold January day in 1991 in Bohosudov near Teplice (North Bohemia), where the Soviet 280th Mechanized Infantry Regiment was stationed – the T-72A tank was assigned to it. What allegedly happened (according to the military investigators) was that the day before, because of some sort of electric shortcut, the device, used to pre-warm the fuel before use, started burning. The fire was only minor and neither the automatic fire extinguishing system of the T-72A nor the crew caught it. Oblivious to the danger, they parked the vehicle in the garage, switched the electrics off and left (by which they unfortunately also switched off the fire extinguishing system). In the meanwhile, the fire did spread slowly and the guards noticed the smoke in early morning hours of 9.1.1991. The crew pulled the tank out on open space before the garage and started to fight the fire. Unfortunately, it was freezing and the water, stored for extinguishing, froze and there was only sand left. Despite the efforts of the soldiers to extinguish the fire with the sand, they failed. One smaller explosion rocked the vehicle and a short while later, second major explosion tore it to pieces.

In the explosion the tank was practically annihilated. Shards of armor were found as far as 700 meters from the explosion site. When it exploded, the tank carried 7 rounds of HEAT ammunition, 14 rounds of AP incendiary ammunition and 8 rounds of HE ammunition for the 125mm gun. Furthermore, 2500 7,62mm rounds and 800 12,7mm rounds were on board as well. The explosion itself however was caused by only three of the 125mm rounds exploding within.

At first, the Soviets tried to cover up the entire incident – this was however made impossible because of the extent of damage and the number of witnesses. The story eventually even made it to the main Czech news – and from there, to European newspapers. Soviets only officially confirmed three dead soldiers, but at the same time, they ordered 14 coffins from the local manufacturer, so the Czech investigator and pyrotechnician, Cpt.Bilický (ret.) believed the actual number of dead soldiers was more like 17-20, although some witnesses claim there were as many as 40 dead in the incident. What was confirmed later was that three of the dead were officers. The Soviet unit, involved in the incident, moved out of Czechoslovakia 6 months later.

Photos from the investigation, 12:20 PM (the explosion happened in early morning, hours later, the site was still full of smoke) 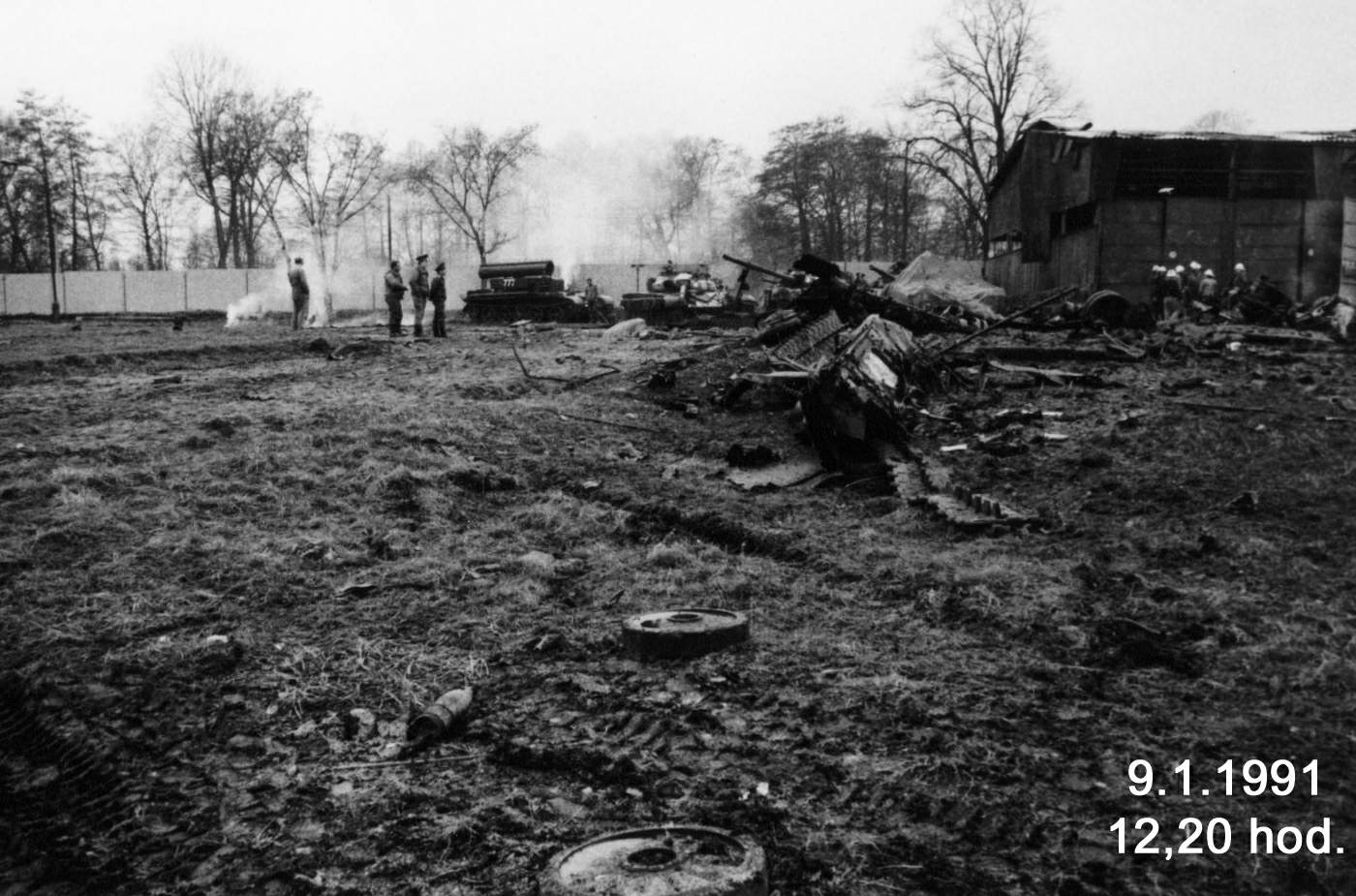 The 11 ton turret was ripped off by the explosion and flew fore 75 meters from the site, demolishing nearby garage 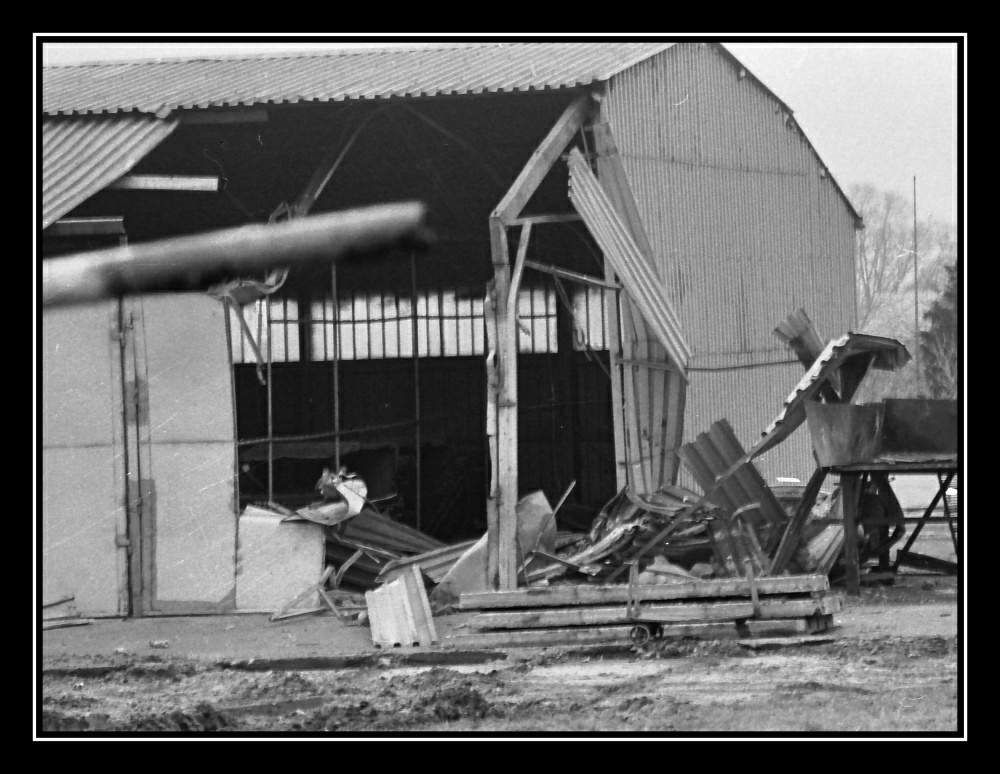 The bottom of the tank with the autoloader carousel with shells (only three exploded, more than enough to rip the tank apart) 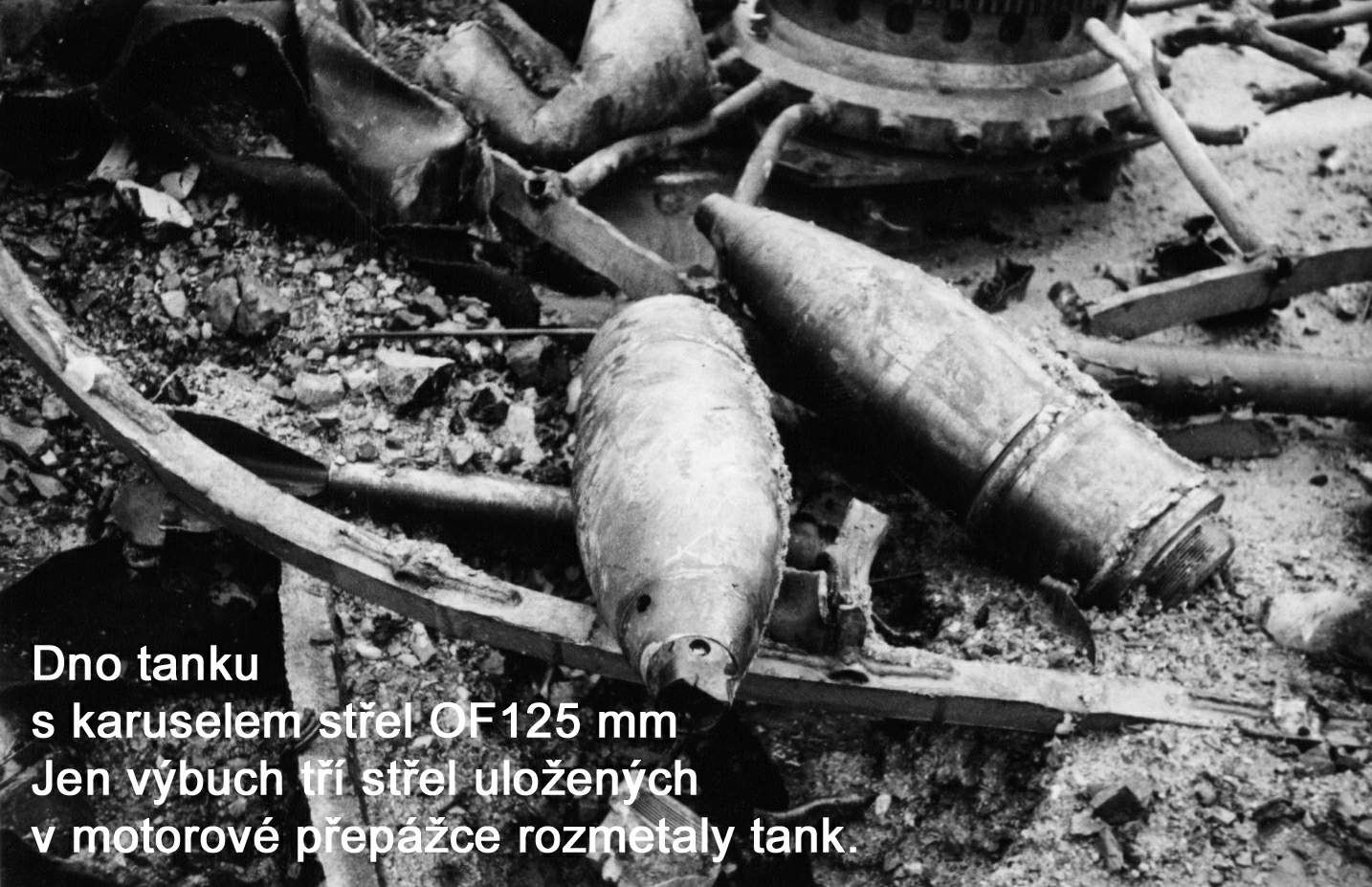 The site had to be scoured to account for all the unexploded shells. Here, the remains of the tank. 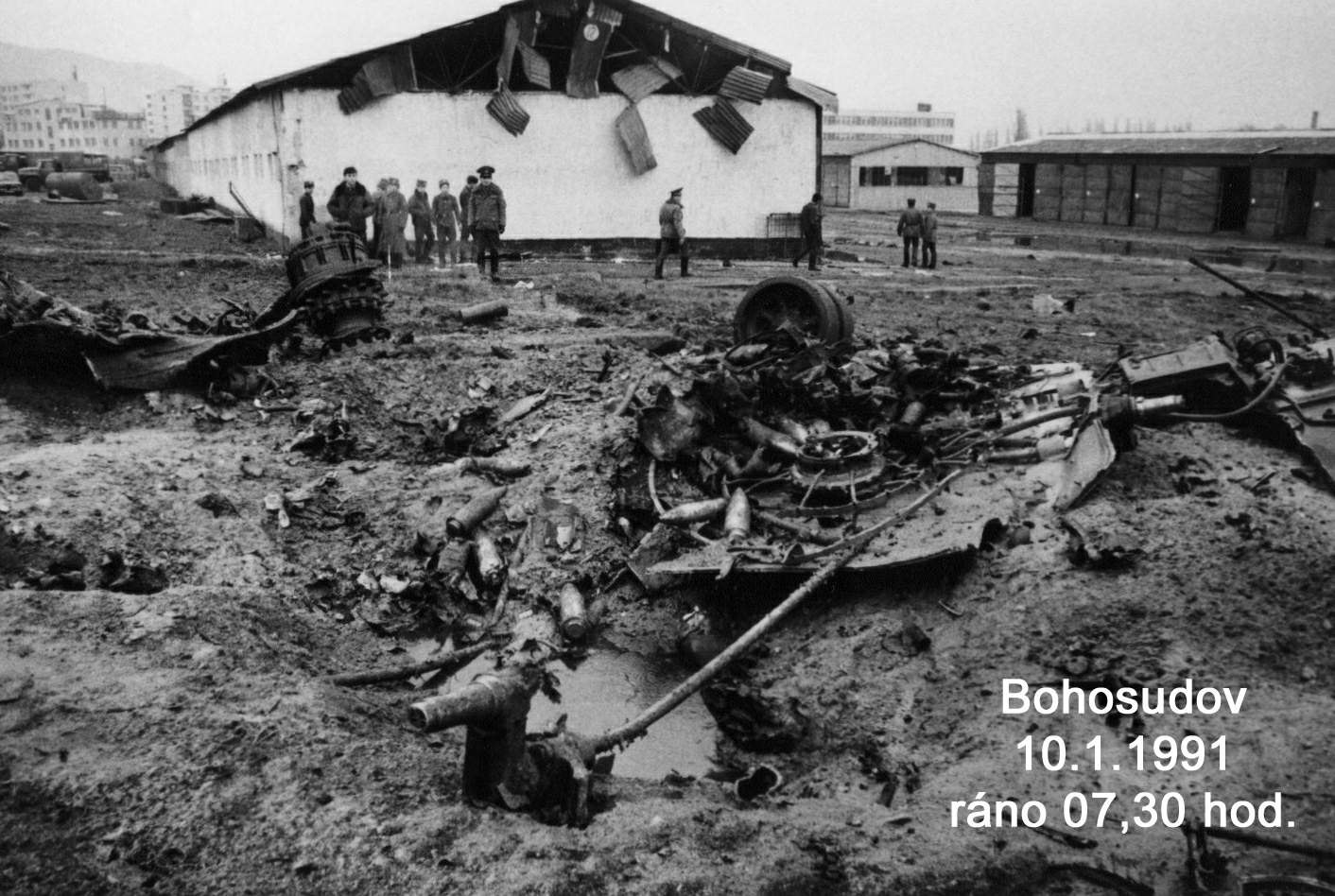 Commander’s copula was ripped off, flew for 142 meters and crashed into the neighbor building 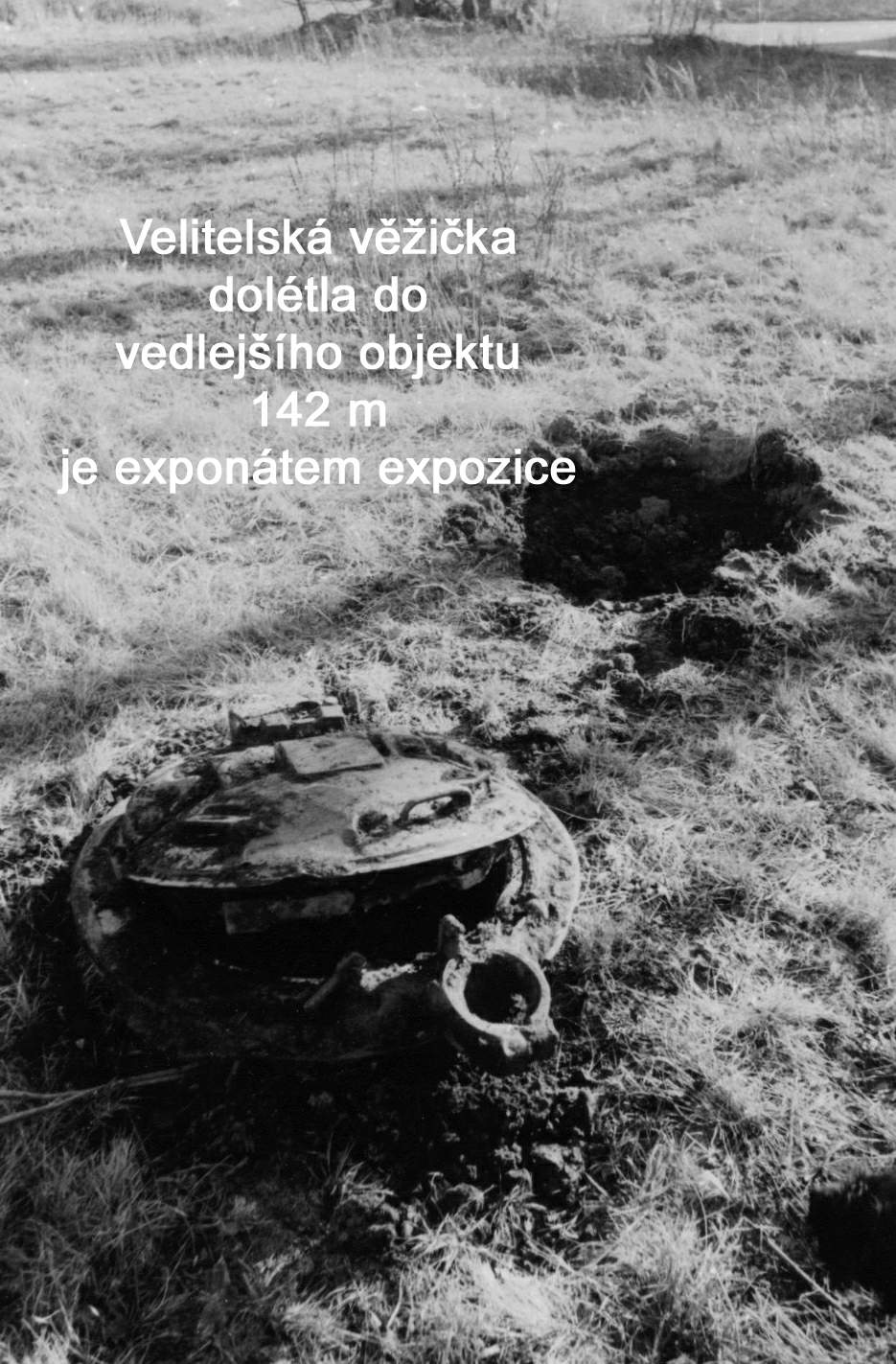 51 thoughts on “What an Ammo Explosion can do…”