The appearance of the T-35 in World of Tanks is nothing new. Screenshots were published ages ago, but everyone knew that the tank will not arrive until Wargaming has figured out what to do with (and actually implemented) multiple turret mechanisms. Sadly, there are few tanks in the game that could take advantage of this technology. So why just one tank? Why not a whole tech tree?

The T-35 would, of course, be the first in the series. This 5-turreted monster was designed in 1930 along with two other multi-turreted tanks: T-28 (medium infantry support tank) and T-26 (light infantry support tank). Since the T-35 project takes its roots from the rather hilariously impractical Grotte and Ansaldo tanks, the only logical predecessors would be the T-26 and T-28. Since this tank is hardly qualified to even be a tier 4 heavy (even a tier 4 light could tear it apart), let’s place it in tier 3, especially since it matches the T-46 in armament.

The T-35 was in design and production (counting prototypes) for 9 years, giving it plenty of researchable modules. The first prototype, T-35-1, was equipped with a short 76 mm KT gun and two 37 mm PS-2 guns. There were, of course, machineguns, but those are not very interesting to us. The engine was a 300 hp M-6, fuelled with gasoline. The second prototype (T-35-2) used a turret from the T-28, and was upgraded with a 500 hp M-17 engine, but was largely the same in other respects. The mass production (using “mass” loosely, as only 61 tanks with several different batches were built) T-35A model used 45 mm guns (first mod. 1932, then mod. 1934) in its small turrets. The main gun was upgraded to a KT-28 (not that it matters much for in-game purposes). In 1936, the engine was charged to 580 hp (and a 600 hp diesel was experimentally mounted). Armour, previously 30 mm in the front, was increased to 50 mm. In 1937, a project with a better L-10 gun was proposed, as well as a flamethrower in the rear, designed for city fighting. In 1938, the front armour grew to 70 mm (although this configuration may be a little OP for tier 3), and turrets and turret platform became sloped. A 1934 project (T-35B) even proposed a 1000 hp engine, but would require a redesign of the hull. 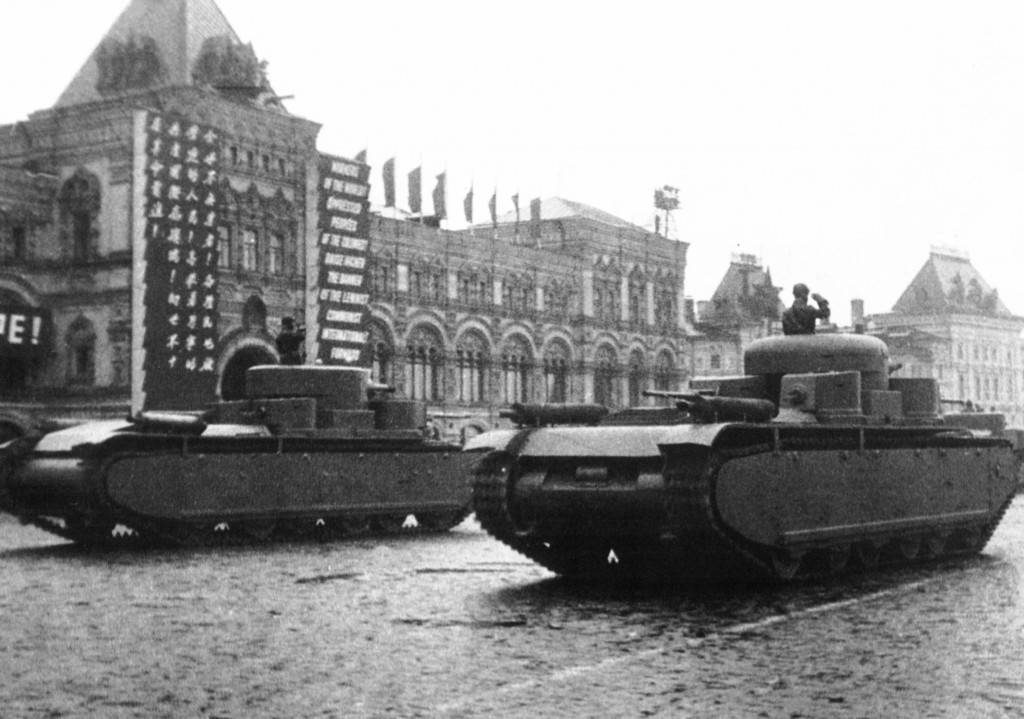 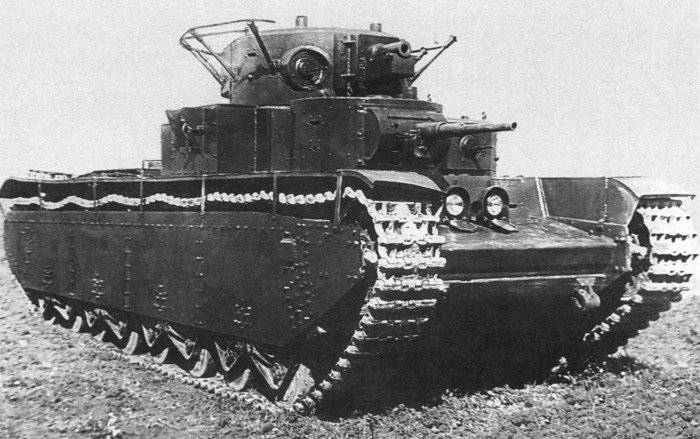 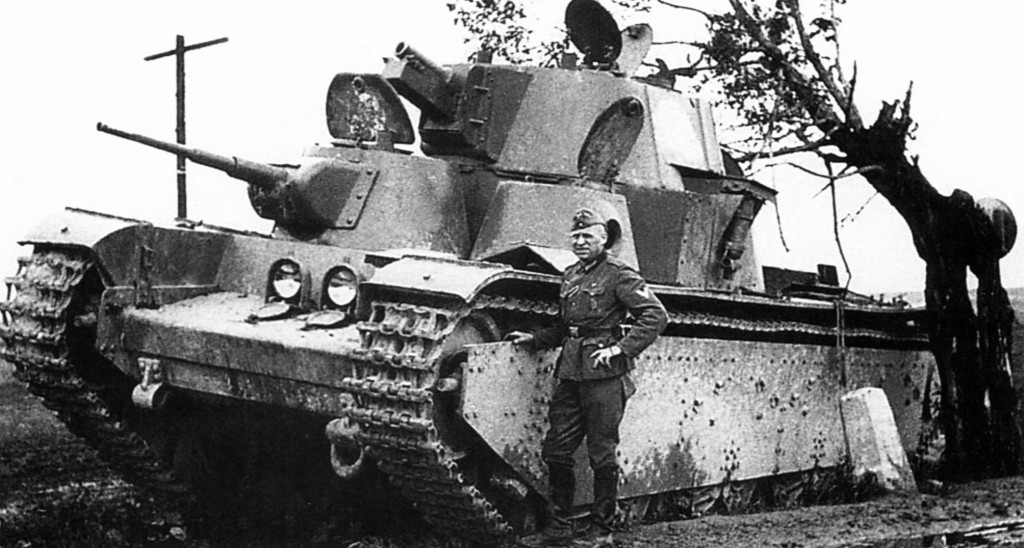 So what do we have from all this? At least two guns per turret (KT-28 and L-10 for the big one, 37 mm and 45 mm (two models) for the small ones), four engines, three hulls, three turret configurations. More than enough to make a tank!

Sadly, the T-35 had no direct successor, so one of the heavies built to replace it is going to have to take the next tier. The T-100 seems like it would work. Instead of the 5 turrets of the T-35, this tank only has two. The upper turret was armed with an L-10 gun (replaced with an L-11 gun upon delivery to Karelia). The tank was equipped with a 850 hp gasoline engine (with a project to replace it with a 1000 hp diesel). Sadly, the tank did not stick around long enough to receive a turret upgrade, and an upgrade to the T-100-Z would be quite overpowered for tier 4, so it would have to deal with just one turret. The armour of the tank was up to 60 mm, hardly overwhelming for a tier 4 heavy tank. Sadly, not a lot of upgrade options here (two engines, two guns), but it can work.

Tier 5 is a difficult one to populate, as it is currently occupied by the KV-1, with its fancy 57, 85, and 122 mm guns. Late 1930s multi-turret tanks were either armed with 76 and 45 mm guns, unsuitable for use after tier 4, or are ridiculous 130+ mm cannon dreadnoughts. However, let’s see what we can dig out of the endless pool of KV-4 prototypes! Shashmurin’s KV-4 looks like what we want. A 107 mm gun in the hull (with limited traverse) and a KV-1 turret on top. Kind of like the old SU-85, but with some extra firepower. Oops, the armour is 188 mm, which is quite beefy for this tier. Hm. Maybe it’s time for a combination, like with the current KV-4. Combining the Tarapatin design (125 mm armour, 107 mm gun in hull, 45 mm turret on top) with a KV-1 top turret from Shashmurin’s proposal would result in a reasonable tank, and gives us a gun and turret upgrade option. 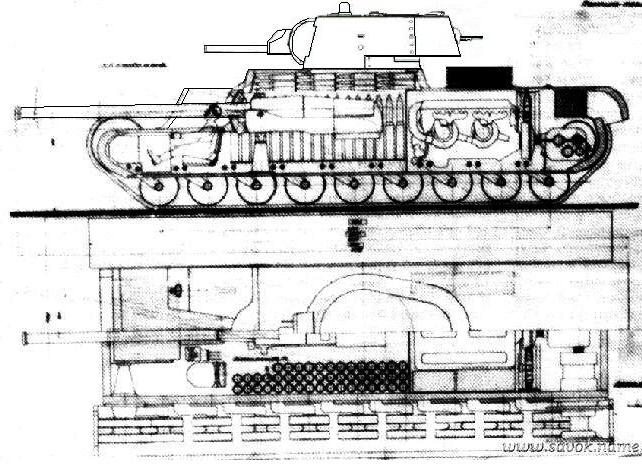 That’s it for part 1. Stay tuned for part 2, where I explore candidates for tier 6 and up.