- Storm confirms that a part of the tanks in the game will have real sounds, recorded from real existing tanks of the proper type. The rest will have apparently sounds from roughly the same class of tanks (analogues)
- according the Wargaming, the following situation is not a bug, but a result of shells originating (flying out) from the mantlet while shooting with the unaimed gun 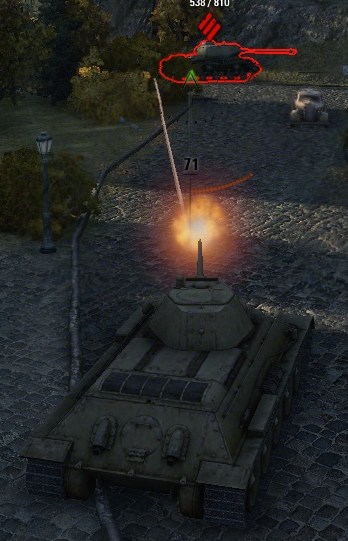 - apparently, the situation above is a result of a compromise between game mechanics and historical realism
- occasional desynchronisation between client and server is unavoidable with current state of world network development
- artillery shells flying outside of the aim circle was identified as a bug, it will be fixed in 9.0
- Russian “Valuev” voiceover will not be reworked