today, we are going to talk about 16,5 centimeters of awesomeness. Sorry to disappoint you, ladies, I am of course talking about the L9 demolition gun caliber. 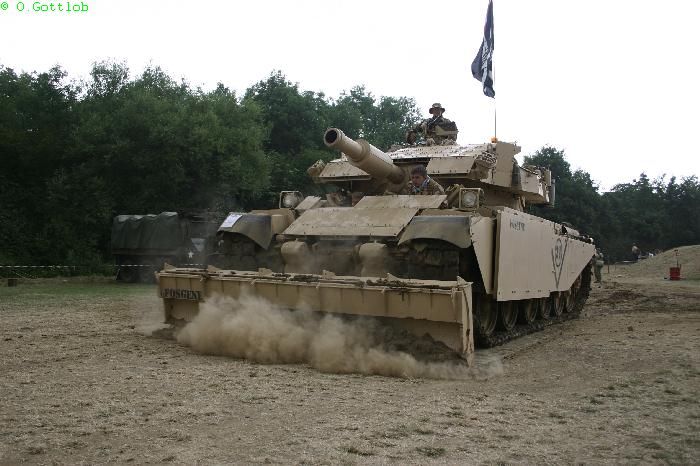 Now, everyone knows Churchill AVRE and its 290mm spigot mortar, hurling 18kg shells at 80 meters (it had actually longer range than that, but at longer ranges, it was not accurate enough to lead effective fire). With its massive armor and this kind of firepower, no wonder a lot of people would like to see it in World of Tanks. While Churchill AVRE is probably the best known AVRE vehicle, it’s certainly not the only one. It has a couple of “cousins” (some very distant ones) and one of them is the Centurion AVRE. 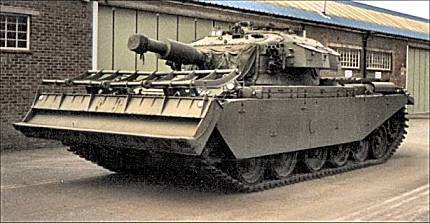 Developed in 1957 to replace Churchill AVRE’s, Centurion AVRE saw service well until the Gulf War. It was equipped with a 165mm demolition gun (although apparently, 105mm L7 variant existed as well, not sure whether that was a real AVRE though, or just a regular Centurion, equipped with a dozer blade). Its purpose, just like the one of the Churchill, is to demolish enemy strongpoints and to clear other obstacles for armored vehicles as well with its dozer blade. In order to effectively destroy the enemy fortifications, it is equipped with a 165mm L9A1 demolition gun, that can fire a 29kg HESH shell at the distance of cca 1800 meters (2000 yards) with the velocity of 259 m/s. Quite an upgrade from the Churchill and a proof that size is not everything (at least when it comes to gun caliber).

As far as I can tell, the AVRE is an upgraded Mk.V Centurion, which means it’s not overarmored for World of Tanks (the Gulf War model however had additional armor, so that wouldn’t be used most likely). The problem here is obviously the HESH shell mechanism, that doesn’t allow for correct “penetration” estimate. According to Listy, 150mm+ penetration (in World of Tanks terms) is possible, but that’s just a very rough guesstimate. Listy specifically adds to this:

The 150mm was the thickness of armour plate that was tested with a 7.2″ (could be the 7.5″ also tested for hte MKVII AVRE) “Wall buster” gun in 1944. The shell knocked off a scab on the inside. This realisation led to the development of the HESH round. It could be inffered from this that the 7.2″ shell wasn’t a HESH round?

But the upshot is the 150mm quoted would likely be an absolute minimum, there is a formula kicking around the web for HESH that sugests it’s closer to 200mm, but in honesty we have no idea of the exact penetration, unless there’s a document from the MOD at National Archieves that we’ve not yet found.

Of course, the Americans couldn’t stay behind and in 1959, the development of an indigenous engineering tank (based on the M60/M60A1) was started (the initial memo is dated to January 1955 and the Americans were trying to purchase the 165mm L9 since 1953), resulting in the creation of the M728 (attempts to create a dedicated engineering demolition tank are much older however, with such proposals appearing as early as in 1945, heavily influenced by the Churchill AVRE). 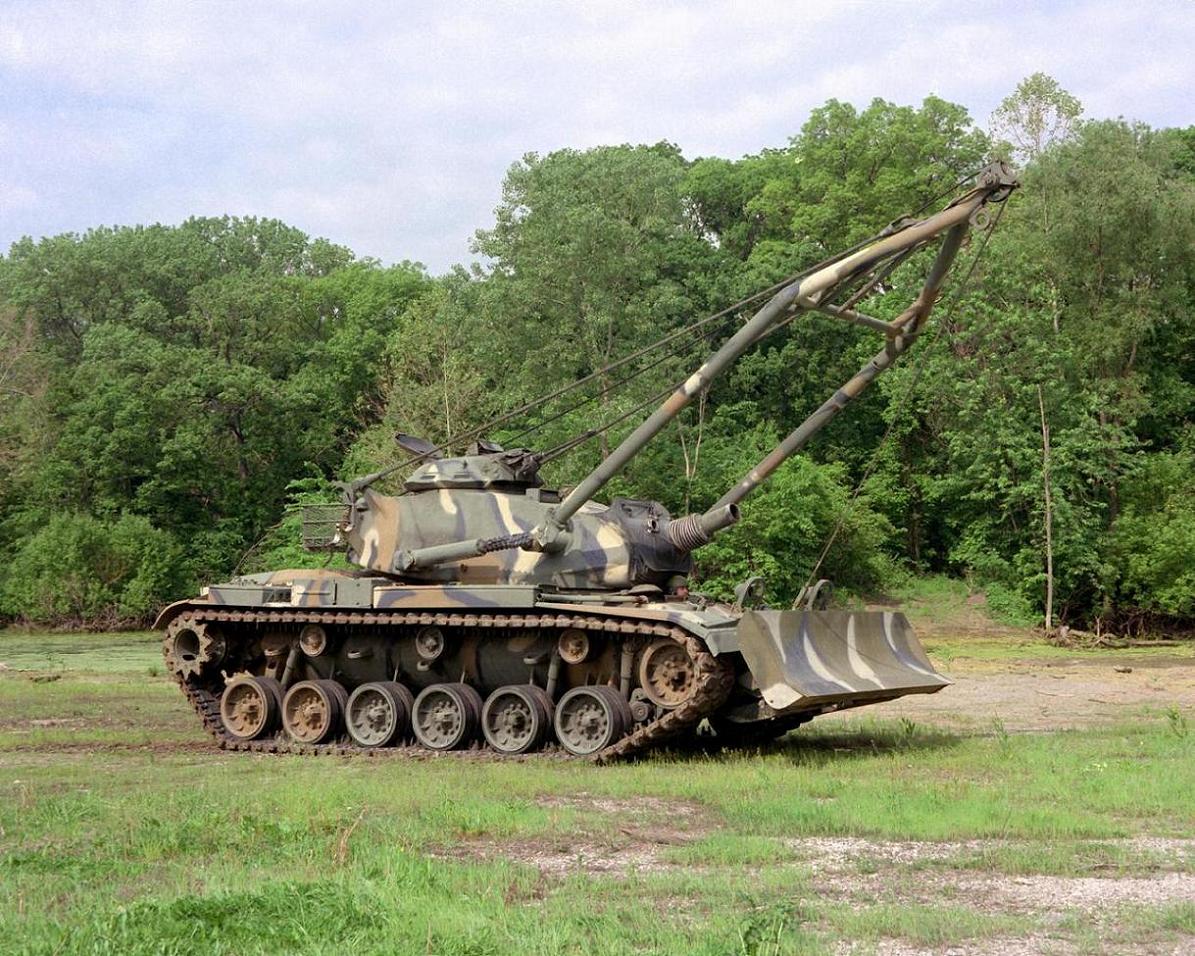 Unlike the Centurion AVRE, M728 is quite well documented, as it is covered by the Patton book by Hunnicutt. The development process from 1945 to the M728 was quite long, ranging from the first requests over the T39 demolition tank (we’ll talk about it some other day) to the T118 prototype. Modified T118E1 (with a M60A1 turret instead of M60 turret) was then accepted in service as the M728. This vehicle then remained in service from 1965 to the beginning of the 21st century, with varied success and fought both in Vietnam and in Iraq.

What we basically have here in World of Tanks terms is a derp Patton, equipped with the M135 165mm demolition gun, which is a modified British L9 with comparable parameters. It weighs 52,2 tons and is powered by the Continental AVDS-1790-2D 750hp engine (notice how that gives it better power-to-weight ratio than the Centurion AVRE). That kind of power makes it relatively fast (48 km/h), but even that was not fast enough for the US army, as the American crews complained that in Iraq, M728′s could not keep up with Abrams units and were left behind occasionally.

The armor is as follows:

First, the good news. I asked and (under certain conditions), all three of the mentioned vehicles (Churchill AVRE, Centurion AVRE and M728) are acceptable for World of Tanks (in the abovementioned priority, eg. Churchill AVRE is probably the most important, then the Centurion and then maybe, just maybe the M728). The bad news is, their implementation stands and falls with new HESH mechanism, that the developers would like to implement. How will such a mechanism look is not yet known however. HESH and HEP shells (please note that HEP is just the American name for HESH, they are identical) are very specific and don’t penetrate in “traditional” sense – thus, finding penetration tables for them is obviously impossible. There are performance tests of HESH shells though and a formula has to be found to translate that performance into ingame numbers. Personally, I think that the way HESH works in the game is not completely unreasonable, but given how well it works against sloped armor, it should have some sort of formal normalization (and quit a high one at that) to reflect this fact. Of course, since HE shells don’t have normalization in WoT, that would habe to be implemented.

All in all, there is a chance we might see these vehicles in the game, although the M728 seems quite OP for a premium and I am not sure, how well and where it would fit otherwise.