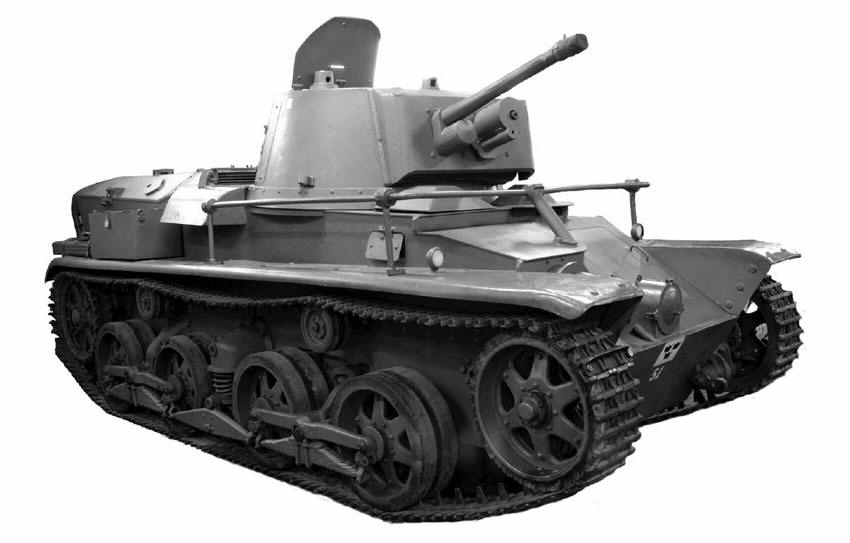 As mentioned in the previous part, Sweden started to look for new tanks in 1928. This led to the modernization of Strv fm/21 and the purchase and unsuccessful trials of Renault NC-27. After the disappointing trials with Strv fm/28, it was decided to find another alternative. The requirements for a New Tank were set as follows:

By 1929, there were already three Swedish companies competing for the production of the next Swedish tank.

First was Mogårdshammar, an engineering company with little experience in military equipment. They had however come in contact with an Austrian by the name of Fritz Heigl, who was known for his book “Taschenbuch der Tanks”. Through this contact, Mogårdshammar was able to offer two relatively modern designs. The first one was og conventional design, inspired by contemporary British and French designs. The vehicle was to weigh 10,5 tonnes, have frontal armour of 30mm, be armed with a 37mm gun and to have the top speed of 25kph on roads. 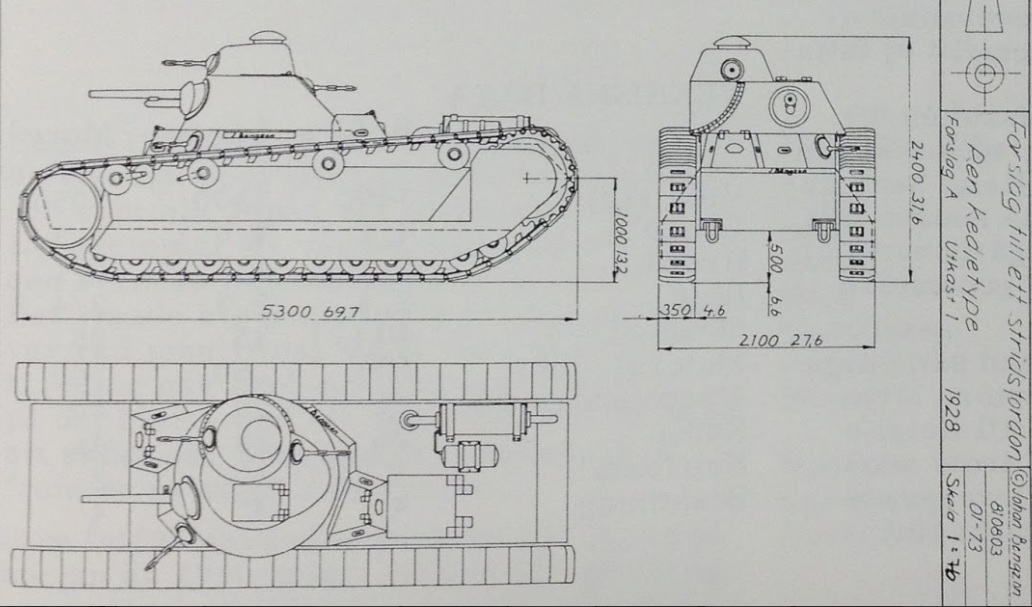 The other design was more unconventional, with the ability to function like an armored train. It could accomplish this thanks to its railroad wheels, that could be lowered to allow it to use train tracks for transport. It is unclear, whether this second option was ever seriously considered. The artillery department, which was in charge of the procurement of tanks, was rather skeptical to both designs of Heigl and to using an unproven company, like Mogårdshammar. By the time Mogårdshammar was ready to produce the first prototype, there were other competitors. 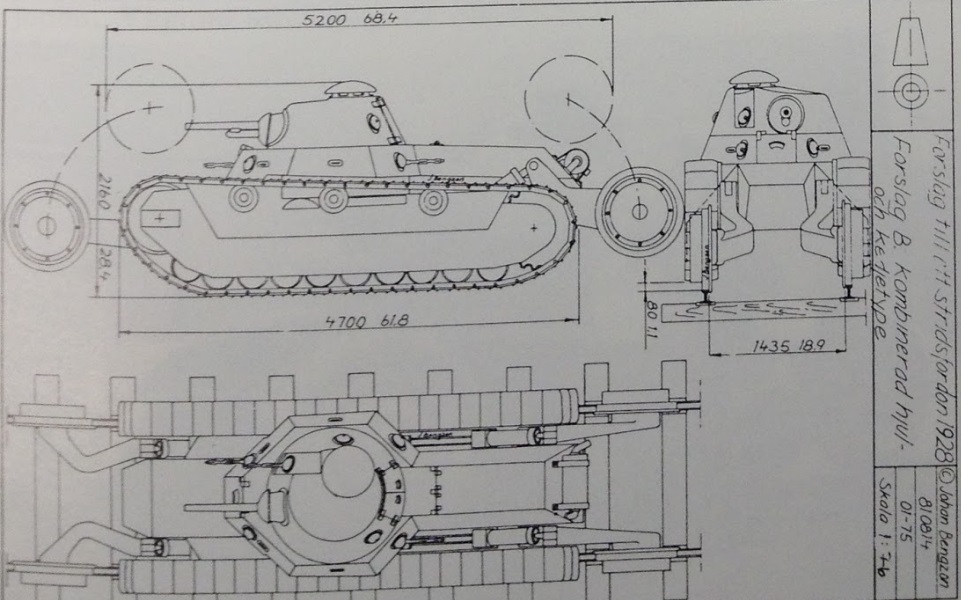 Second company, interested in producing tanks, was Bofors, who had for a long time been Sweden’s biggest arms manufacturer. They had been working with German Krupp company and through their strong connection to Krupp, they were able to offer a tank, that was secretly developed in Germany. This was of course the Leichter Traktor. It does seem that Bofors was also planning a design of their own, as we have found a suspension patent from Bofors from around this time:

Last company willing to participate was AB Landsverk, a small company, situated in southern Sweden, that had started out as a railcar manufacturer in 1850′s. In 1920′s, the company had gone bankrupt and was bought by German Gute-Hoffnungs-Hütte. Since 1928, they were used to circumvent the Verseilles Treaty and started to build and design large amounts of armoured vehicles. They were already involved in producing and testing a small number of prototype armoured cars for Wwedish army in 1929. Landsverk also built several German-designed (R-R Kampfwagen M28) L-5 wheel-cum-track tanks, that were later tested in Russia and Germany. This tank was now offered to Sweden as well as other, more advanced, designs, that were in the works.

In late 1930, the competitors were summoned to Berlin to show their tank designs. Both Landsverk and Bofors were able to show functional prototypes, but Mogårdshammar, due to the untimely death of their designer Heigl, was forced to withdraw. The Bofors proposal was soon turned down, as it was in its current state unfit for Swedish conditions. Instead, Landsverk was chosen to produce the new tank. 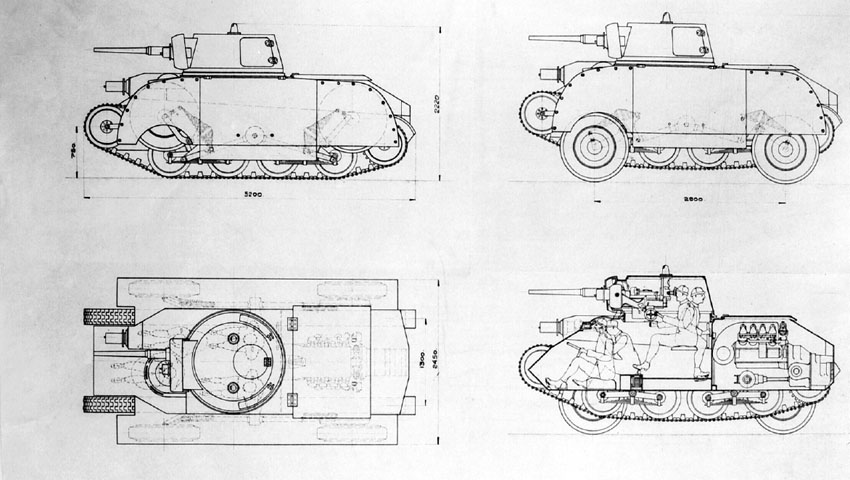 Swedish army ordered three L-10 tanks and one L-30 tank from Landsverk. These were similiar designs, developed from the L-5 and both were equipped with the same radio and turret – with one major difference. The L-30, like the L-5, had wheel-cum-track suspension setup, while the L-10 did not. This suspension meant that while the tank could only go 35kph on its tracks, it could reach speeds of up to 80kph on its wheels. The designs were ahead of their time, with fully or in the case of the L-10 partially welded hulls with sloped armor and modern suspensions, designed by Ferdinand Porsche. They were also equipped with radios and had rear mounted transmission.

L-30 and three L-10 tanks under construction at Landsverk:

Landsverk L-10 and L-30 designs were ordered into production as Strv m/31 and Strv fm/31 in 1931. It would take 3 years for the tanks to be finished and the first ones were delivered in 1934. The testing started soon after and it was found that the design was not as good as first thought. Strv fm/31 had become obsolete with the development of better tracks and suspension, that allowed good mobility without wheels. Another problem was the rear mounted transmission, which was found to cause problems with track tension, that were especially noticeable in snow. Another issue was the suspension, that tended to throw the track in muddy or snowy conditions. 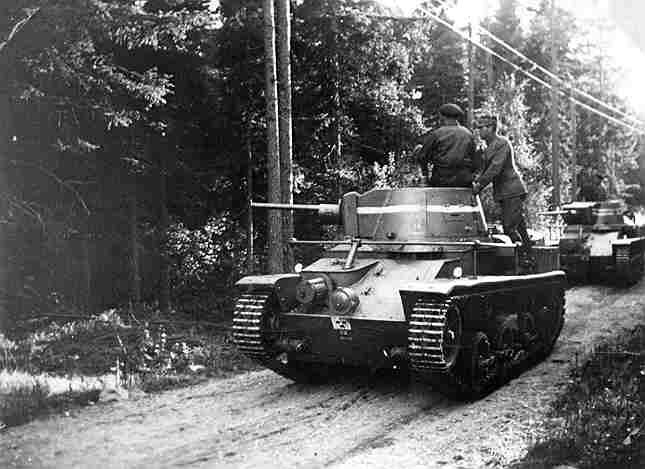 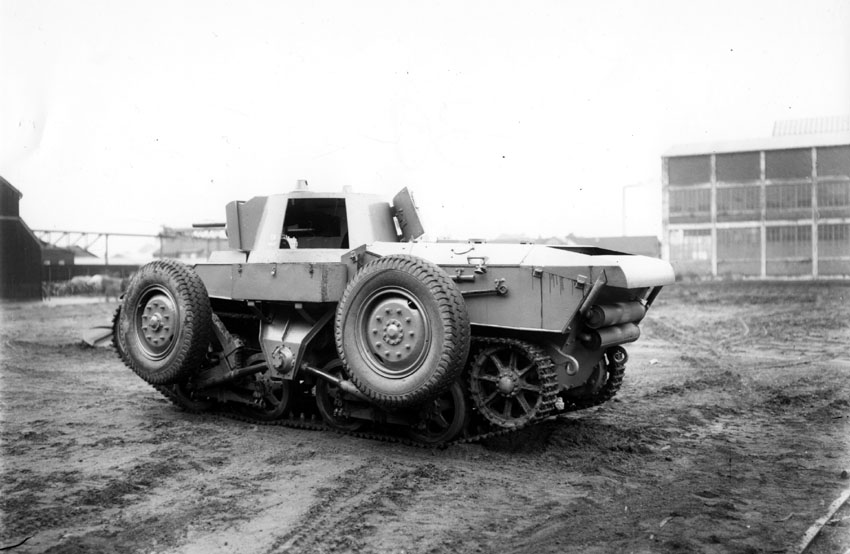 In general, the complexity of the design made the vehicles unreliable and due to the extensive use of German components, such as the 150hp engine, spare parts were hard to come by. Because of these problems, these tanks were never acquired in large quantities, and were instead used as training tanks up until the end of World War 2. Worth mentioning was the fact that there were plans to convert these tanks to command vehicles during WW2, but this idea was ultimately scrapped due to the unreliable suspension – in fact, there were even plans to dig the tanks in and use them as bunkers but this never happened either.

Instead of purchasing more of these tanks, Sweden would wait until the eve of WW2 to buy its next tank, causing it to be almost completely unprepared. But that is a story for another time.

In terms of World of Tanks, these vehicles are almost certainly tier 2-3 material. The problem is that the later, more important L-60 design, which went into production during WW2 is also competing for the same spot and has some clear influence on both Swedish light and medium tanks. It’s possible that the Mogårdshammar design could be a tier 3 medium tank, but again, the L-60 has closer ties to the early mediums. Overall, it’s Wargaming’s choice, whether they want to include these tanks for the sake of variety on lower tiers or not.

Today, one Strv fm/31 and one Strv m/31 still exist and both can be seen in the Arsenalen museum. 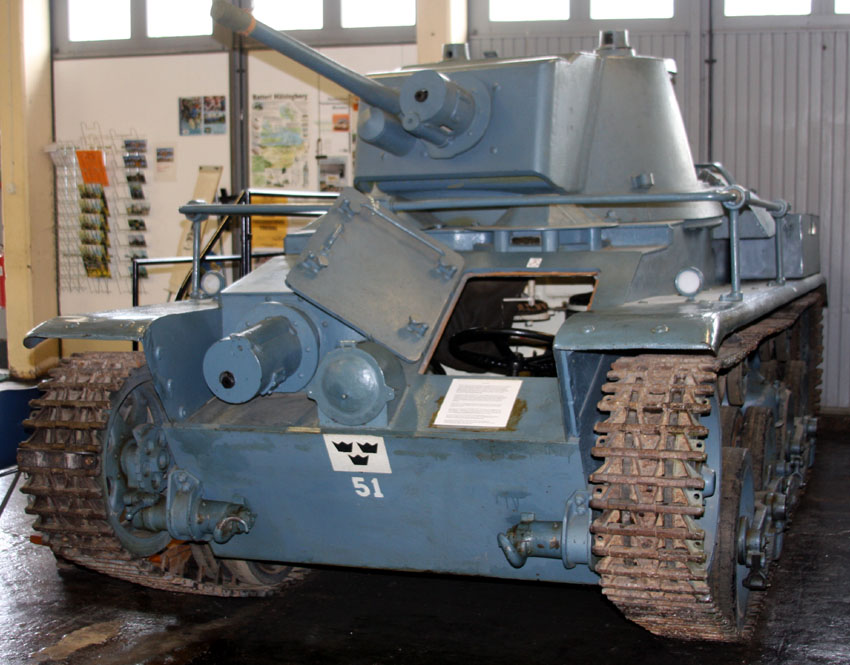