Yuri Pasholok posted a nice summary of the Panzer III Ausf.J, standing in Kubinka. Let’s have a look at it. 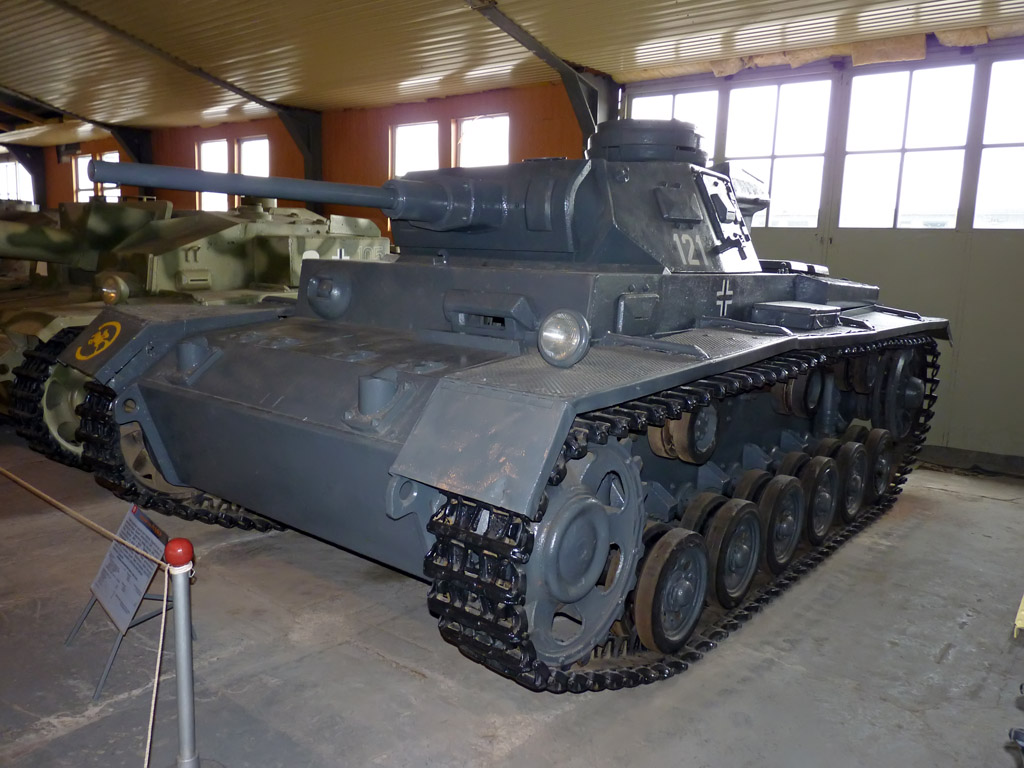 It’s one of the most mass-produced models of Panzer III, the Ausf.J with 50mm L/60 gun. In Spring 1942, this version was renamed to Ausf.L. These vehicles formed the backbone of the German armored units in 1942 and it was this tank, that fought against Soviet KV’s and T-34′s. This took a heavy toll on them and to this day, only one Ausf.J with L/60 50mm survived, this one – and only because it was captured by the Soviets at some point in 1942.

According to its serial number, it was built in December 1941 by the MAN factory in Nurnberg as one of the first Panzer III’s, equipped with the L/60 KwK 39 – at that point, both models were manufactured in parallel and so this vehicle is a bit older than the last of the L/42 Panzer III’s. According to its documents, this vehicle went to the 15th Panzer Regiment of the 11th Panzer Division. It is not known where or how it was captured, but it definitely happened in 1942.

On the left side of driver’s vision slit, a hole from shell impact can be seen:

According to Yuri Pasholok, museum guides sometimes say that this impact was the reason the tank was abandoned, but it is not so, as when you look at it from the inside, you will see that this shell did not penetrate the armor (the armor held, but not by much). And this is how the vehicle looked in service: 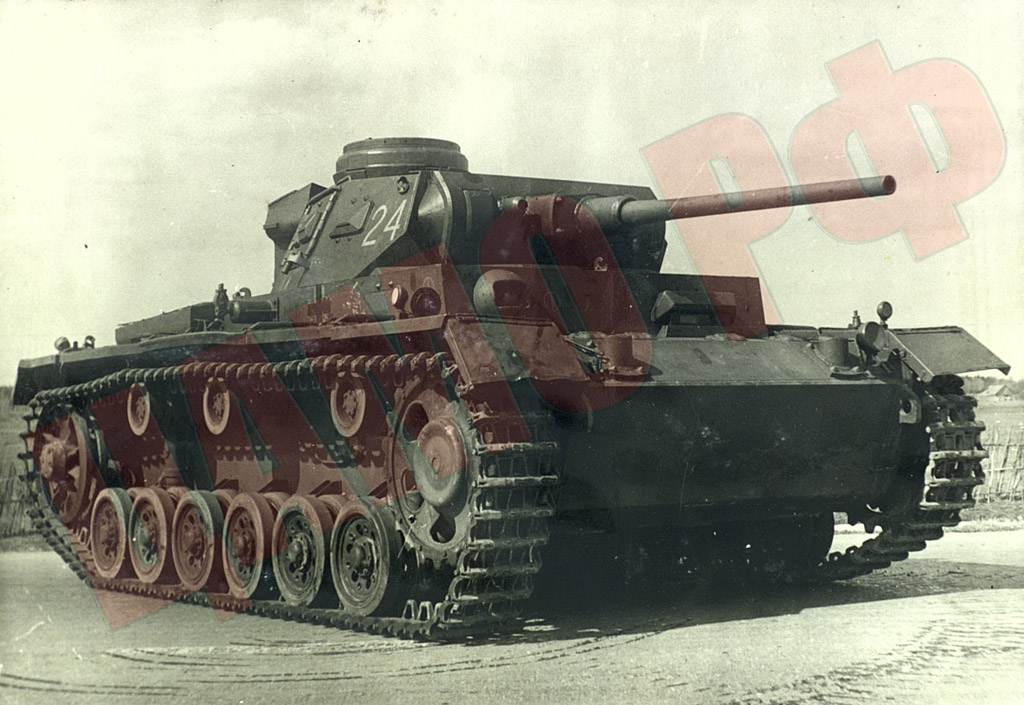 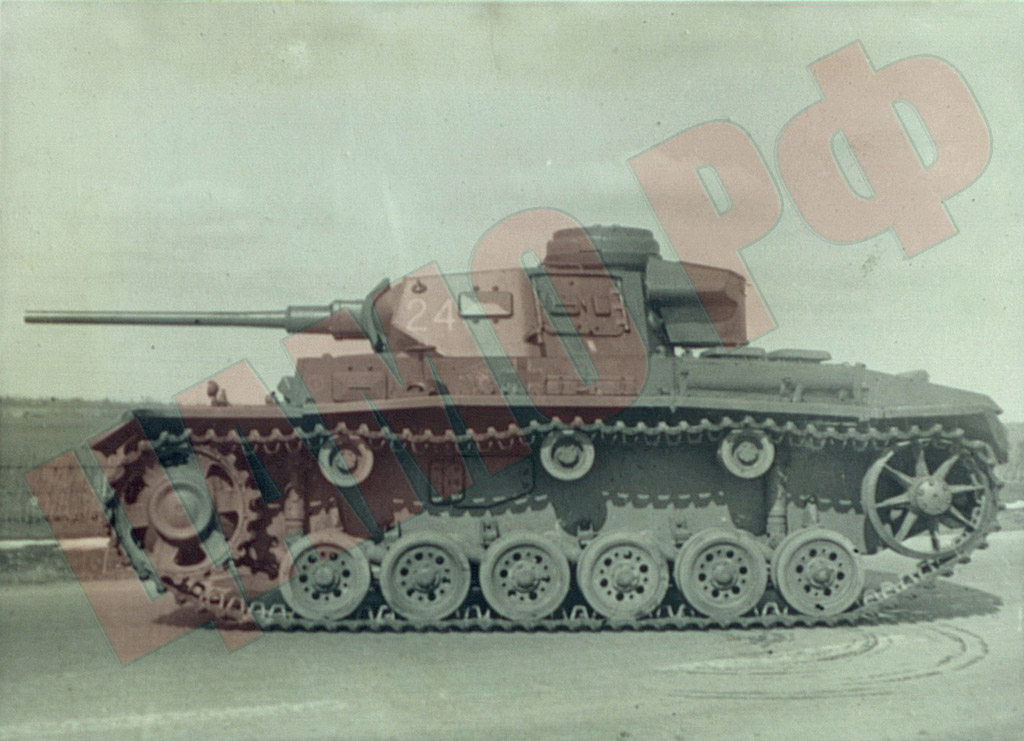 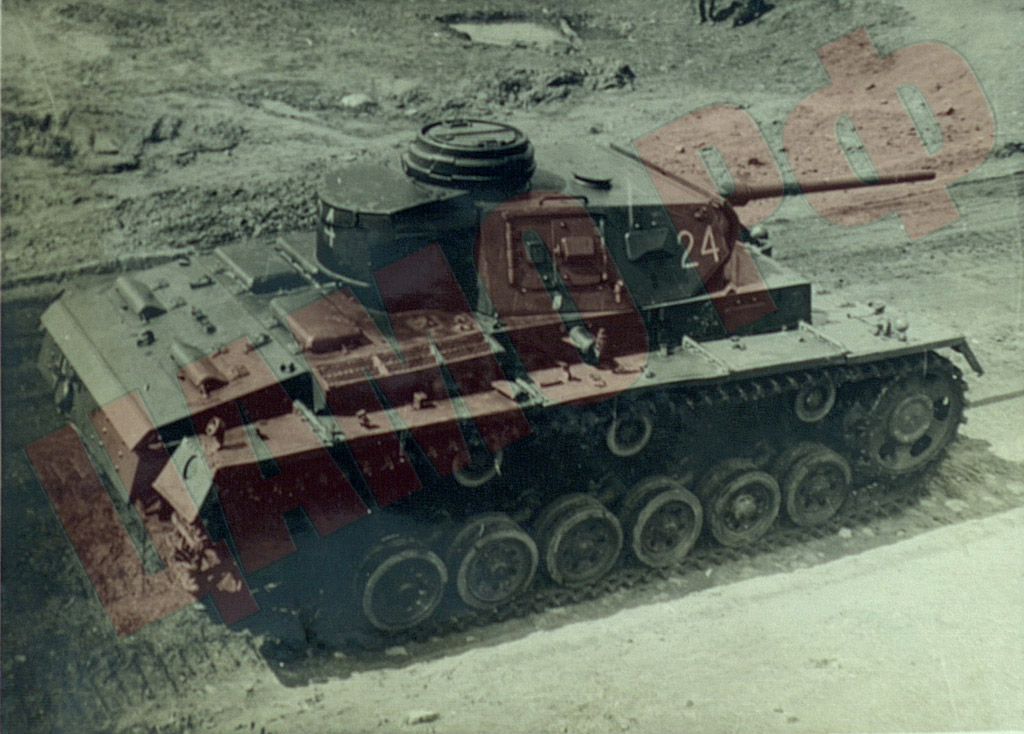