if you are interested in tank history on a bit deeper level, you might have noticed that every nation had its share of really weird tank projects – things that, although probably started in good faith or with a reasonable idea in mind, turned out to be quite different from what their creators intended. Czechoslovakia was no different and in this case, the “honors” belong to the company called Tatra.

Pre-war Czechoslovak military industry was basically dominated by two competing companies: Škoda and ČKD (Praga). Tatra was always the “odd man out”. Famous for its trucks, its military division created armored cars mostly and only twice did Tatra venture into the tank territory. The first attempt to create a sort-of heavy tank (Tatra T-III – more like a breakthrough tank than heavy, weight-wise it was pretty much a medium) ended in a complete disaster and even the procurement staff, usually ignoring all sorts of flaws in vehicles, complained that this is too much.

Another attempt however was a more interesting (in a wacky way). 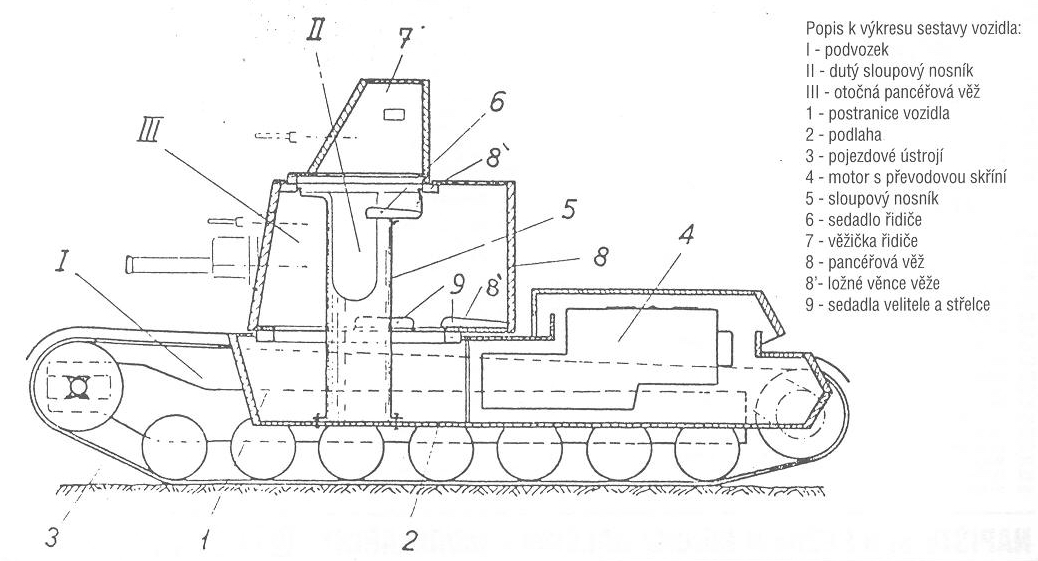 In 1936, Tatra once again started considering proposing a tank. They analyzed the test results of various turretted vehicles (of the classic setup – driver in the hull and commander and loader/gunner in the turret) in Czechoslovak military and came to following conclusions:

- in a regular tank, driver’s field of vision is limited, especially at the sides and at larger distance
- from both sides, it is limited by the tracks and mudguards, distance is limited by the fact that the driver is sitting very low
- the driver is dependent on the commander in combat situations, the commander has to navigate him
- navigating the driver puts too much stress on the commander, who has to deal with looking for targets, commanding the tank crew and navigating the driver at the same time
- ammunition stowage is also a problem, because during various degrees of turret traverse, the loader has to reach various distances to get to it, preventing “muscle memory” and more effective loading operation
- the loader/gunner has to operate in very cramped environment with the commander as well
- the fact that fuel tanks and the engine are both stored in the hull is also a problem, when hit, the fire can spread quickly into the crew compartment and firewalls are too heavy to by implemented effectively, “stealing” engine power (along with the armor at spots, that almost never get hit) 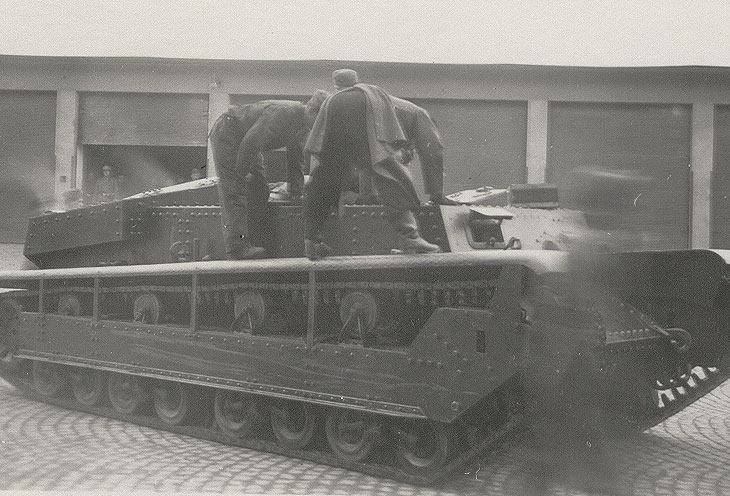 The hull consisted of two separate blocks – one for the crew and one for the engine, transmission (that was in the back) and fuel tanks, in order to protect the crew from the effects of the fire. Both blocks were connected by the floor armored plate (this armored plate connected suspension elements as well).

What was completely new was the turret and driver system. The vehicle had basically two “turrets” – the main one and the pseudo-turret on the top of it. In the crew compartment, there was a hollow column attached to the floor. On the top of the column, the miniturret was fixed (the miniturret couldn’t turn, so it was more like a fixed cabin). The main large turret traversed around this column. Now comes the twist. The driver was sitting in the cabin on top of the main turret, always facing forwards, while the turret traversed under him. This theoretically allowed him great field of view (the cabin had several vision slits for him on the sides as well), while the controls were hydraulically boosted and led through the column up there.

The main turret had one 47mm tank gun (most likely the A9 or A11) and one machinegun in the turret (there was one more machinegun in the cabin for the driver, apparently operated remotely by a bowden, this solution proved to be completely pointless in the Czechoslovak tankettes though). The commander and the gunner were inside this turret. Furthermore, ALL the ammo was stored in the turret as well, so it could be easily reached. The turret was hydraulically traversed, with fine aim adjustments (or emeregency traverse) being possible by hand as well. It was also assumed that this sort of weight distrubution in the middle would have positive impact on terrain passability of the tank. The crew entered the tank via a hatch, situated on the back side of the turret (the driver however had to climb to the roof to get in). 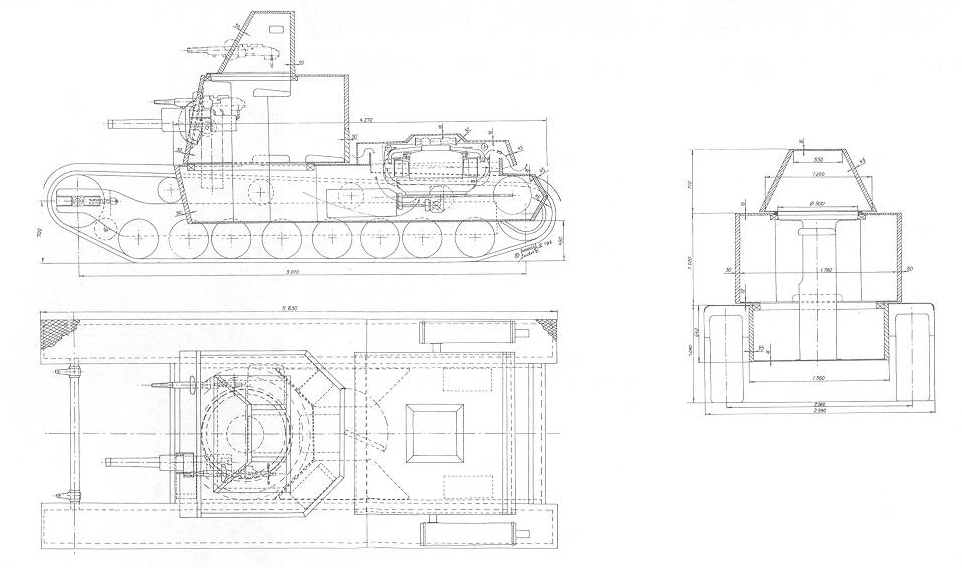 All in all, the tank was designed to offer maximum protection for least weight. It was to weigh only 15 tons, but the turret armor and the driver’s cabin frontal plate were 50mm thick, the sides were 45mm thick and the roof and floor were 16mm thick. The vehicle was supposed to be powered by a Tatra T-78 radial 18 liter V11 engine, producing 276 hp. This engine however proved to be absolutely terrible in the previous project (T-III), it had insane fuel and oil consumption (123 liters of fuel and 18kg of oil for 100km) and was so loud and ran so hot that it created hellish environment for the crew (the commissar, responsible for the T-III testing in 1937, wrote: “the atmosphere in combat compartment is completely unbearable and the crew can withstand it in a buttoned vehicle for only a short time”) – this issue however would theoretically be solved by the separated crew and engine compartments, as proposed by Tatra engineers. It was also prone to overheating.

As written above, this project was proposed in 1936. On 6.8.1936, Tatra applied for a patent on this solution – this was accepted in 1938. The army however was less than thrilled (the disaster of the T-III tank most likely also played a role) and the project never passed beyond drawing boards.

The A9 gun performance: