Author: Vollketten, with a big thank you to Zarax and Captain Nemo for help in preparing this article.

I’ll try and cover some more of the tank related technology exchange between Italy and Germany in Part II, but for Part I to get off to a flying start and to promote some thought, Part I will look at one specific technology exchange from Germany to Italy in WW2. In this case the French B1 Bis heavy tank. 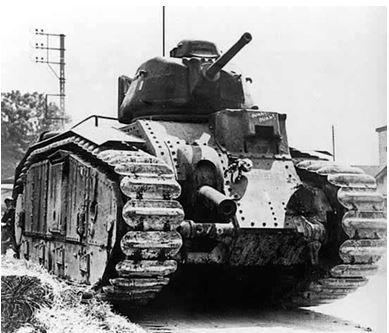 In case that sounds a little odd, bear in mind that following the collapse of France in 1940, huge stocks of French equipment were taken over by the Germans. Much of this equipment was reused and/or modified by them, although many vehicle,s which were deemed to be unsuitable for their purposes, were supplied in large numbers to their allies, including Italy.

Amongst the French stocks supplied was a quantity of 20 x B1 Bis. heavy tanks, pulled unfinished from the suspended F.C.M. production line, because they were missing their turrets. These B1’s were of the latest type made by F.C.M., omitting the overly complicated Nader type transmission system and with limited traverse for the hull howitzer, just like on the B1 Ter.

Initially, the Italians were not impressed. The B1 was considered too heavy with its 28 tons (heavier than any Italian tank in service at the time) and it also required a well trained crew and was said to be too large. This unduly negative criticism of the logistic requirements from the military was a false one though, as Italy was perfectly able to manage the logistics of a moving tank sized objects weighing up to 32 tons and the B1 was not too big for the rail system either.

It was true however that such a highly complex vehicle was not what the Italians were after, having a shortage of highly trained crews, who would be able to use and maintain these tanks. The Italian army however was very large and given the small number of men required overall, it’s unlikely that such crews could not be found. This vehicle entering the service would have been more than double the mass of any in-service Italian tank and the most powerful vehicle available at the time for the army.

Certainly, there was sufficient interest in them for the investigations to be made into having replacement turrets made for these vehicles by SOMUA, or to have completely new ones welded in Italy. In the end however, the army simply covered the turret ring with a 60mm armour plate and intended to use them as assault guns. With 60mm of frontal armour, the B1 was thus the most heavily armoured tank in the Italian Army at the time.

In the end however, nothing came of the project and it is unclear how many tanks ever received the turret plate other than this one (above) undergoing trials. The fate of those vehicles is not clear and it is not known at this time, whether any saw action, so it is possible they were simply scrapped in the following years.

So how would/could it work in game?

Well, Italy has enough low tier assault guns already available to it, so wouldn’t be reliant on this vehicle to ‘plug a gap’ in its tree. If it had the SOMUA turret added, effectively it would just be a clone of the French tier 4 B1 heavy tank already in game and there isn’t enough information to deduce what the Italian welded turret could have been, if it even got to the design stage. Historically, it was thought to be an assault gun so a Tier IV Tank Destroyer would best reflect this, although if necessary, it could actually fill the role of an artillery piece, but maybe that possibility can wait for discussion another time. 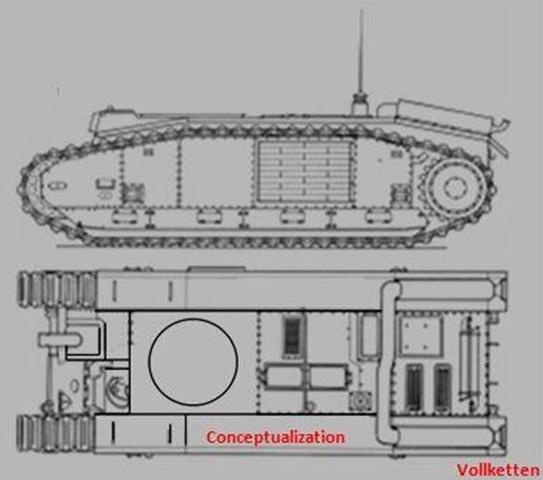 The B1 actually turns quite quickly and this is the upgraded transmission later type, so would turn even faster and the hull is exactly the same as the known B1 Bis, but Italian data for it gives the following information:

Mass: 31,500kg (presumably this is the weight with turret as it is also given as 28 tons without turret)
Crew: 4 (presumably commander, driver, gunner, loader)
Dimensions: 6.37m long x 2.5m wide x 2.7m high
Ground clearance: 0.48m
Engine: 300hp engine capable of 28kmh (this was the ‘with turret’ speed)
Armament: 1 x 75mm A.B.S Mle 29 gun with 74 rounds of ammunition (although with more space internally, more ammunition could certainly be carried) with 5° traverse left and right (even if an Italian 75mm were substituted such as the 75/18, it would still be a very serviceable gun at that tier, if not slightly better with a different choice of ammunition)

Theoretical maximum rate of fire for the gun would be 15 rpm for AP shells but slower for APHE or HE shells due to the time taken to fit fuzes.

21 thoughts on “German Technology Exchange with Italy, Part I – Semovente B1 Bis”