this is a followup post to the Kubinka Maus situation, which is currently developing and it’s not closed yet. Today, yet another post appeared on official Kubinka web pages: 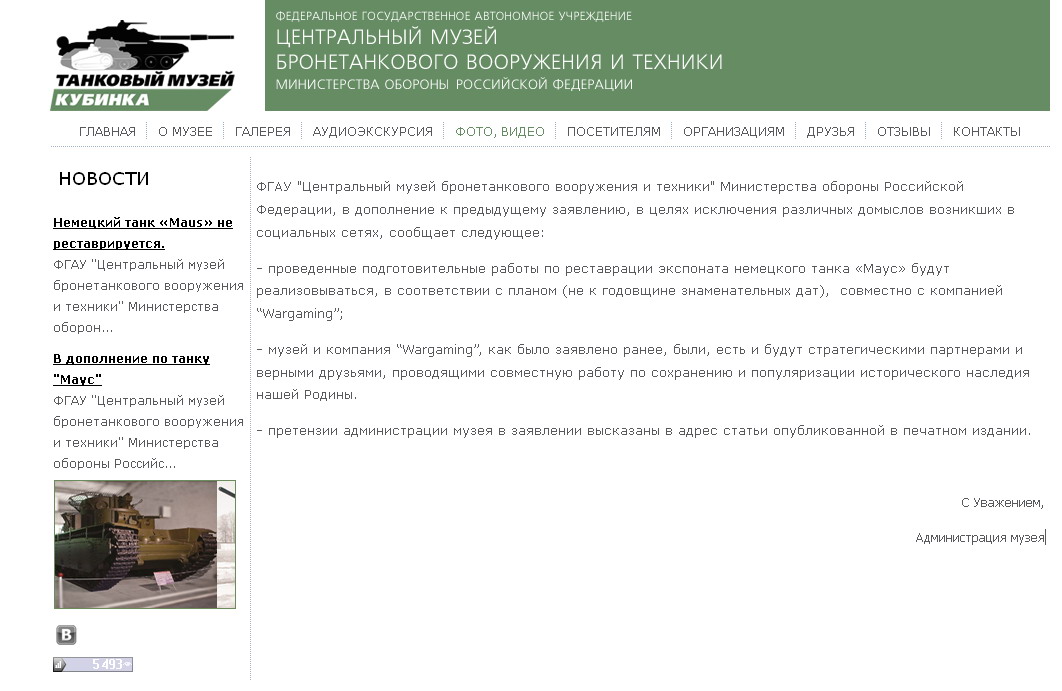 - the restoration of Maus will proceed as planned (not as a part of any anniversary) in cooperation with company Wargaming
- Kubinka and Wargaming are “strategic partners and loyal friends, working together to save and popularize historical heritage of the Motherland”

Either way, I contacted a reliable source in Wargaming RU. What I got told about the background of the story and how it happened is the following:

It all started when some retarded sensationalist Russian newspaper printed an article, saying that Kubinka along with Wargaming will be restoring a fascist German tank as a part of the Day of Victory anniversary, which is not patriotic. Now, to understand what this means for Kubinka, you have to know two things:

- as we all know, Russia is – when it comes to press and its effects – not a free country, press rules are quite harsh and for example there is a new law (or regulation), that forces bloggers (!) with blogs above certain amount of visits per day (3000 I think) to register (!!!) – their content is reviewed and they can be fined for “slanderous info”, anti-patriotic stuff and such.

- Kubinka is purely government funded and controlled and with current moods, being associated with anything even remotely pro-fascist could have very real and nasty consequences, hence the “we are patriots” kneejerk

At that point, Kubinka employees panicked, closed the VK group and started deleting all the info from their portal about Kubinka cooperating with Wargaming (for example the original Maus announcement, it got deleted). Obviously, since we have Google cache, they failed, which made them panic even more. To make matters worse, one of the employees, who really dislikes Wargaming (but is a big fan of War Thunder) saw an opportunity to blow off some steam against Wargaming and the result was that angry rant (which got posted without his boss’ knowledge) plus the peaked patriotic tone, which comes out of fear of being associated with anything “fascist” in any way.

At this moment, Wargaming PR and law department are working to calm the situation down and to reach an agreement between both sides.