In part 1, we talked about the LP and halftrack-based AA projects, now it’s time to have a look at the other platforms, specifically the T-34.

Oh, yea, almost forgot. Several people asked me to post a picture of that 88mm PaK 43 on HKL6p halftrack tank destroyer proposal. Here it is:

In the beginning of the 50′s, a new platform was sought for the future anti-aicraft vehicle for the Czechoslovak army. Two platforms were proposed to be used:

As far as I can tell, these projects (apart from the single-gun T-34) never reached any stage beyond a miniature wooden mock-up. The mock-ups survive in the VHU military archives, they were probably proposed by Konstrukta Brno, according to M.Dubánek.

On 19.9.1952, it was decided to use the only suitable platform, that was available to the Czechoslovak army in required numbers, the T-34 medium tank. This choice was far from ideal and the project spent a lot of time in “developer limbo”, being scrapped and revived again. No more suitable platform was unfortunately developed and any remotely new chassis (such as the LP) was either cancelled, or remained still on paper, years from being developed. 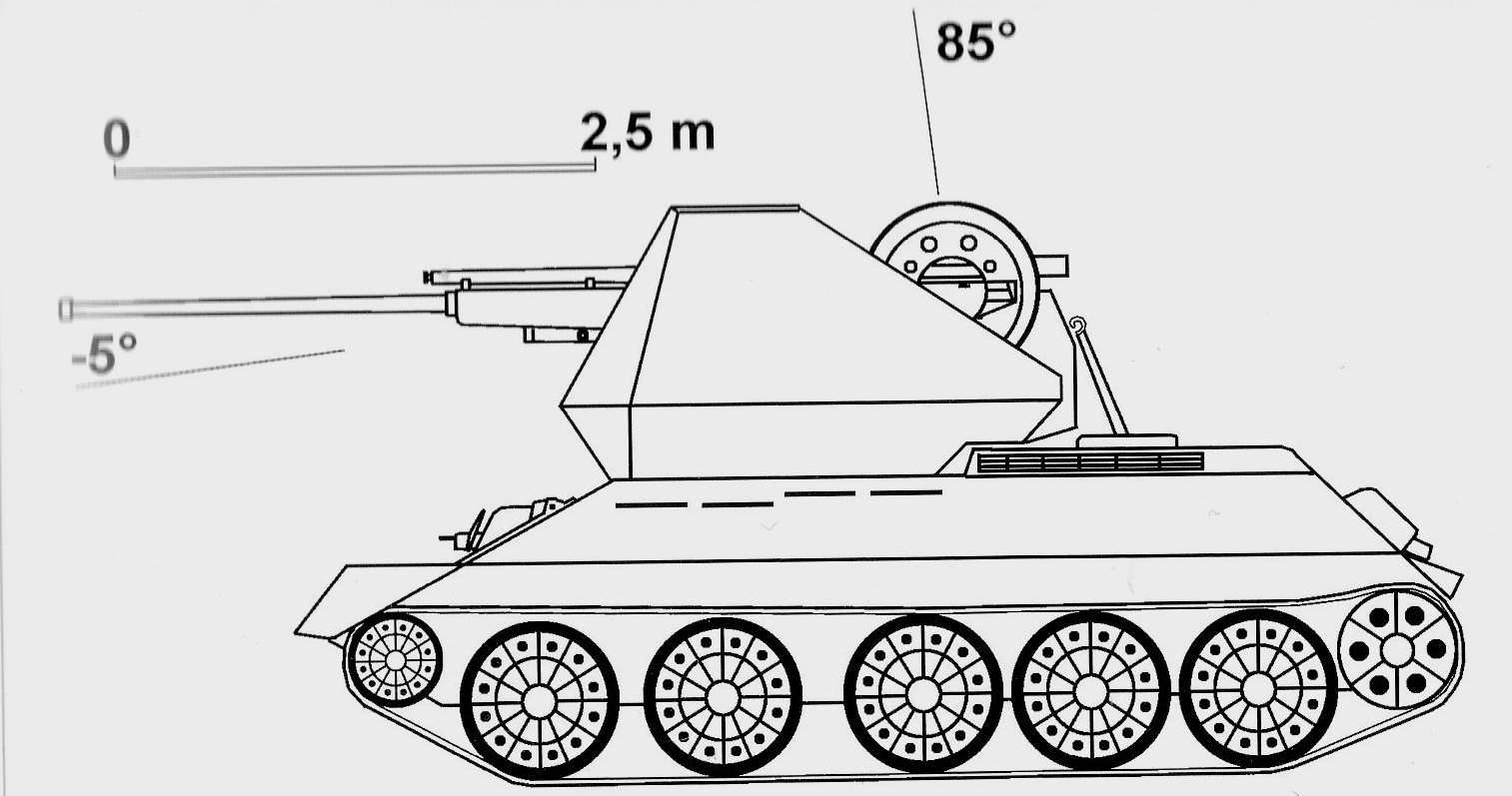 This vehicle was supposed to provide the armored T-34 formations with suitable AA cover, but also to fire against lightly ground targets and infantry. This would theoretically make it suitable for World of Tanks, but historically, the gun could only fire HE ammunition. Theoretically, the vehicle was also capable of indirect fire as well (using artillery sights), but that stage was never tested.

When it comes to armor, there were two variants developed. One was to allow the vehicle to withstand 12,7mm machinegun fire (1cm and 2cm armored plates of the superstructure), while in the second variant, the vehicle front could withstand even light tank fire (40mm frontal plate). The heavier variant was to carry 200 shells, the lighter 300 shells. Third variant was also concieved – a battery command vehicle with command radio system, DJA-6 rangefinder and 12,7mm twin MG.

Technical plans were created on 29.4.1953 at Konštrukta Trenčín (Slovakia), one prototype was built at ZKJV Dubnica nad Váhom. The vehicle was tested between 25.5. and 28.5.1953 in Martin and firing trials took place in July 1953. The chassis had good results in the trials, but the superstructure had severe issues – the hydraulics traverse system was too weak and couldn’t move the turret around whenever the vehicle was tilted more than 16 degrees – the prototype had mockup armor as well and there were worries that this problem would get even worse when it was tested with real armor. The crew compartment was cramped as well, but the main problem noted by the army officials was the height of the vehicle – at three meters the vehicle stuck out like sore thumb and was vulnerable as well. 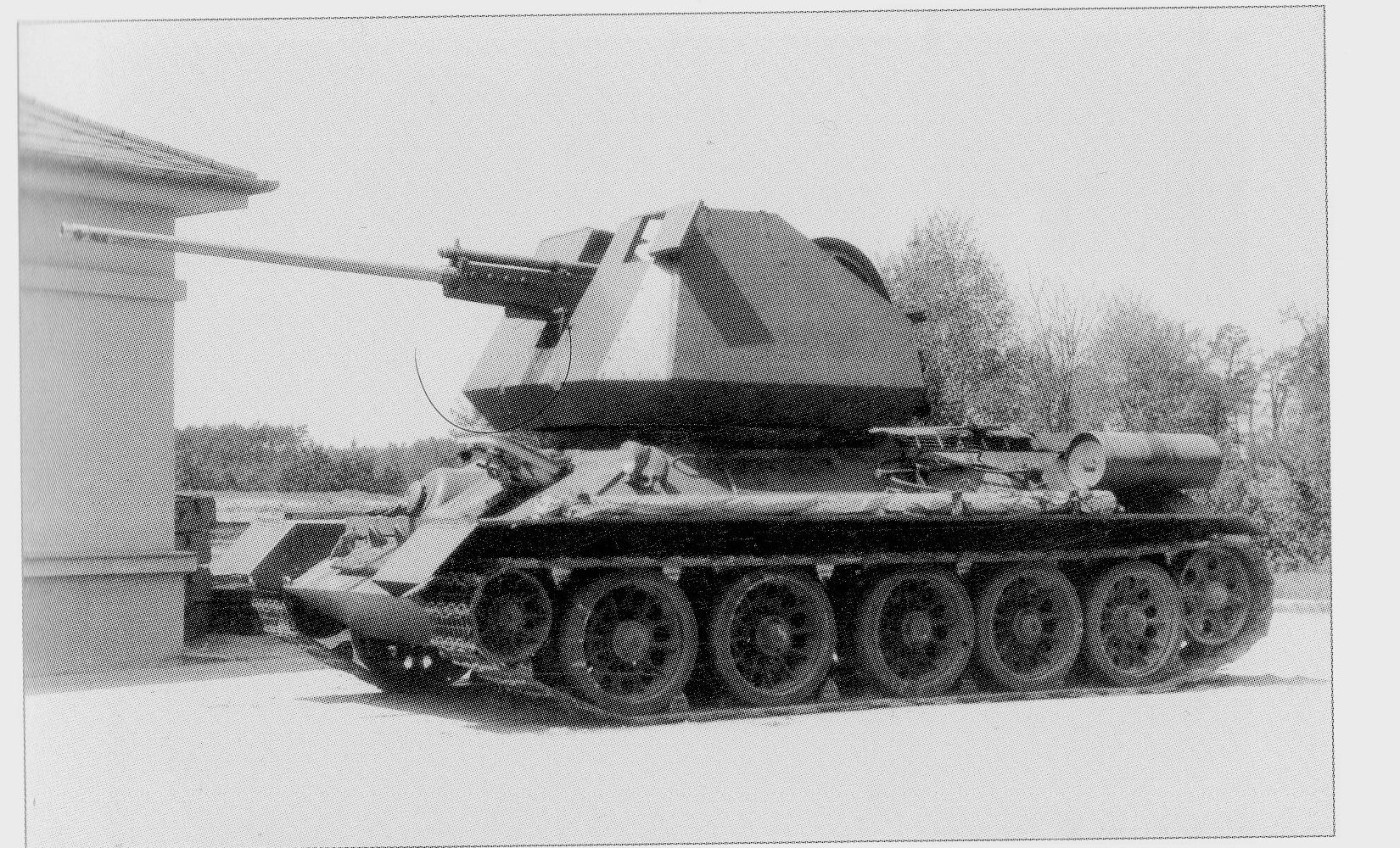 Another odd matter was the fact that while the turret was quite vulnerable, the hull was much thicker (basically a T-34/85 tank hull). And the last issue the army officals noted was the fear of napalm and mortar fire, to which the open turret vehicle was very vulnerable. In the end, the army unit agreed to mass production, but was quite skeptical about the vehicle, stating that it should be mass-produced only if “absolutely necessery”. It was proposed to heavily modify the hull by adding one extra pair of roadwheels.

However, most of the positive feedback dissipated in August 1953, when the MoD committee noted the issues with the project and recommended to cancel it before it was mass-produced. It was cancelled probably in September 1953. 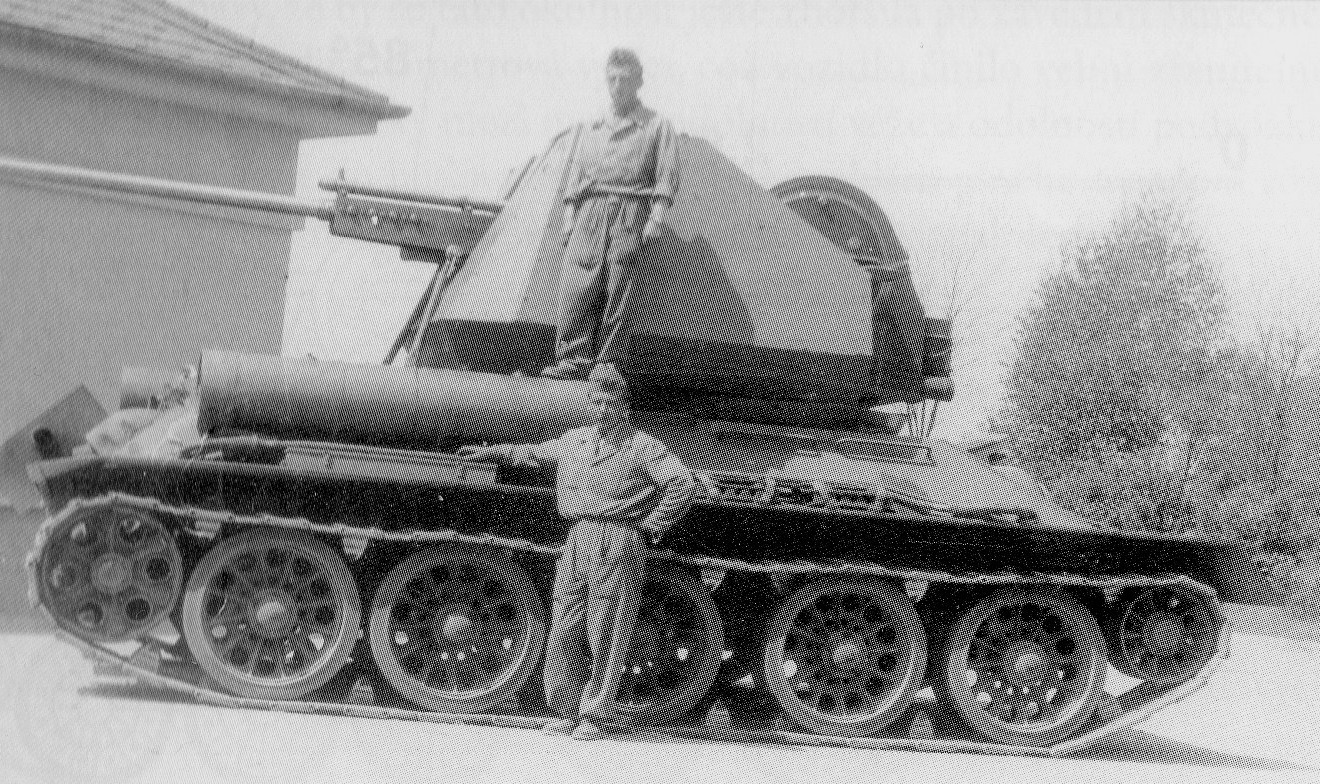 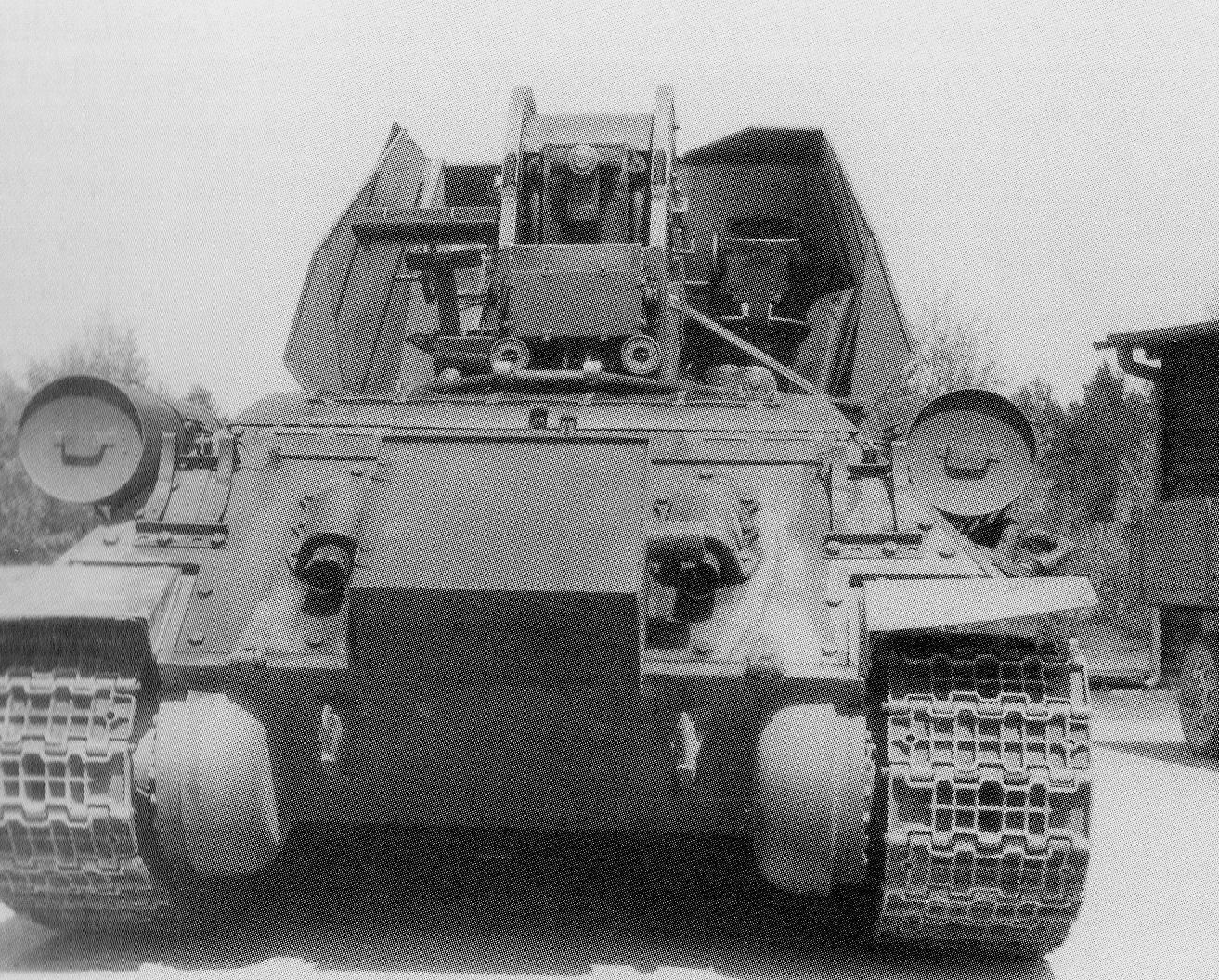 Even though the prototype was probably scrapped, this was strangely enough not the end of the attempts to use the not exactly viable T-34 chassis for AA purposes. The project to mount a 57mm gun on the T-34 chassis was revived in 1955, again with the T-34/8 chassis and again with the 57mm R10 (and later the modified version, the R12) gun. The turret solution was quite new and so was the gun mount: 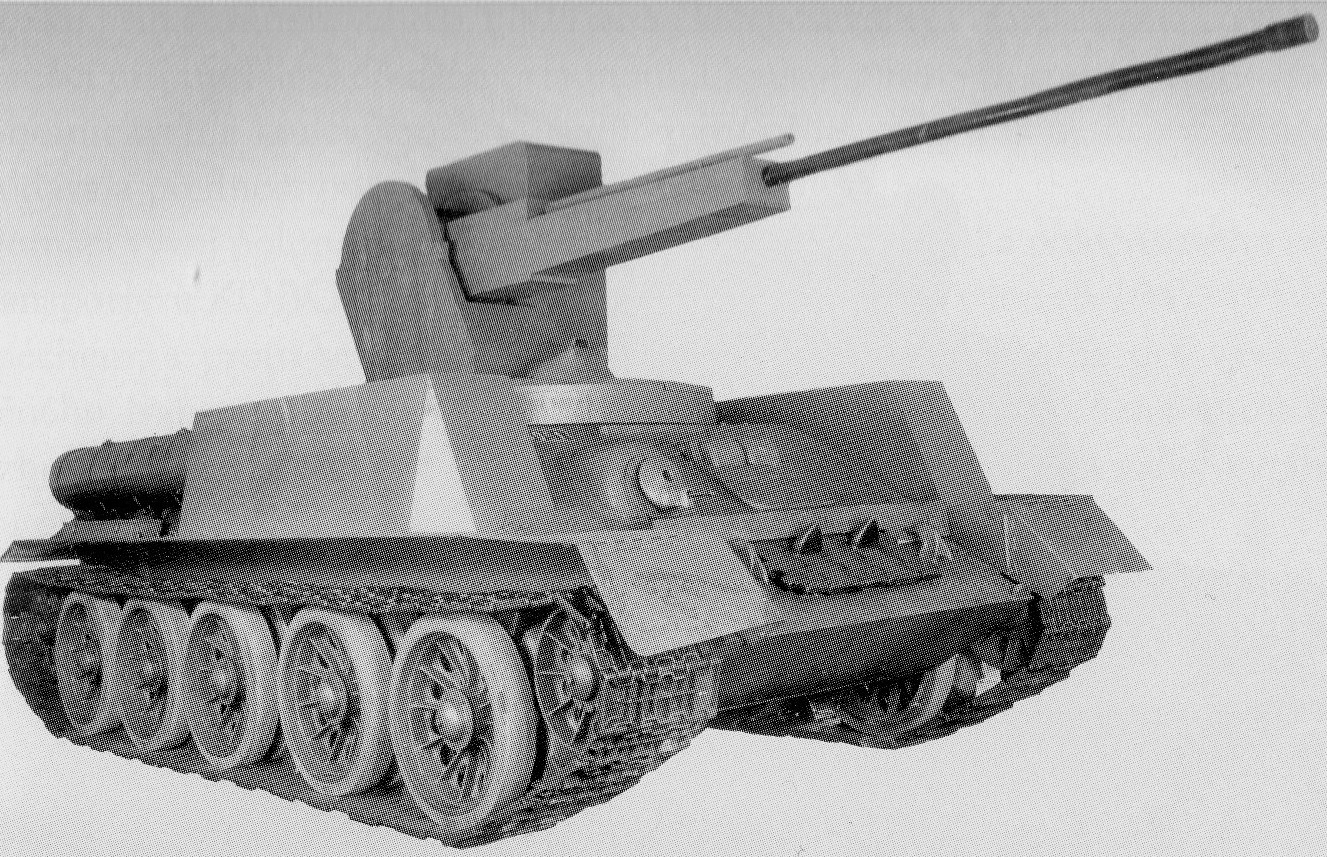 A full-scale mock-up was made in June 1957 and the vehicle, now designated LP-157 (LV-157 was the company commander variant with quad 12,7mm Vz.57 MG, radio and range finder) was evaluated as much better design than the previous incarnation from 1953, but the project was again scrapped.

One last project was created, based on the T-34 chassis with twin 57mm, little is known about it and it was most likely also scrapped very soon.

In the end, the army was left without a dedicated AA vehicle for the entire 50′s, refusing to import the Soviet-made ZSU-57-2. Only when the famous 30mm PLDvK vz.53/59 “Ještěrka” was developed and accepted in service in 1959 did we get a proper rugged anti-aircraft vehicle. As for the R10 gun, it evolved into 57mm PLK Vz.ČS AA gun (towed), about cca 200 pieces were manufactured and served with the Czechoslovak army until the 70′s.

The 57mm R10 gun parameters were as follows: