it’s been some time, since we talked about bots and how they damage the game. Quite a discussion started around the topic – so today, we are going to talk about one specific aspect of botting – using bots to get free stuff from Wargaming.

As you most likely know, currently, there is a special event running on all the major servers: get a certain amount of XP in all the trees in the game and in turn, you will recieve a hightier premium tank (Americans get the T34, the rest gets Super Pershing). Naturally, this is a great lure for all the assholes out there using bots and yes, unfortunately, it works very well.

All the data below were obtained by Stormshadow, the EU bot hunter responsible for example for the anti-bot mod.

Meet 8toto1. Our 8toto1 here is a damned botter, that’s what he is. Let’s look at his stats first. 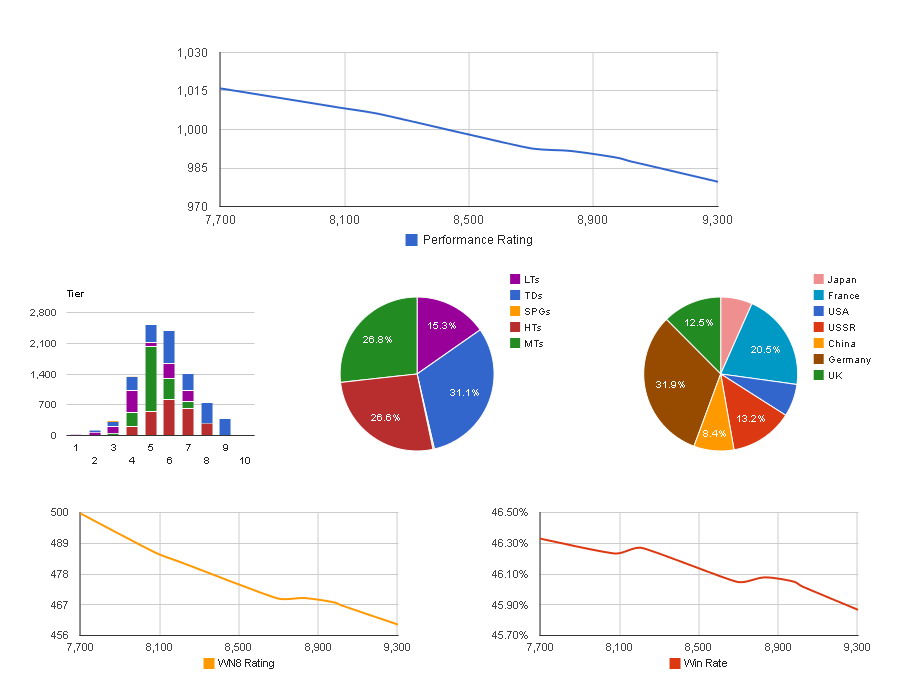 Sharp drop of performance? A clear sign of using a bot, but not a proof of course. Proof comes from three things:

Clearly that’s no human playing that and the replay proves it. But wait, here comes the best part. As you can see from the list of his tanks, 8toto1 has the Super Pershing. He has 9 battles with it (and a 55 percent winrate, which means he probably tried the tank himself, not using a bot). ALL these 9 battles were played between 17.5.2014 and 22.5.2014 – so it doesn’t take a genius to figure out how exactly did our dear 8toto1 get his Super Pershing, does it.

Of course, 8toto1 is not the only one doing this stuff. Here are more examples of botting to get the Super Pershing.

4L3R4KK – his statistics prove that this guy played on average 255 battles per day in last 5 days (also, notice the sharp drop in performance). He has 161 battles in Super Pershing and ALL of them were played between 17.5.2014 and 22.5.2014 – what this means is the idiot got a Super Pershing for free and then uses it for botting too. I would laugh if it wasn’t a serious issue. Anyway, here’s a replay with 4L3R4KK botting it out with a T1 Heavy.

What, more examples you say? Okay.

And you want to know what the saddest thing is?

These three guys are just a random sample of last two days. There are tons of botters on Stormshadow’s list – make no mistake however, WG EU does shit to fight them. You might see a lot of red (banned accounts) on yellow (wiped accounts) on the list – that’s because the list is PUBLIC and was openly advertised on EU forums. WG EU knows about it and they use it to ban bots. If Stormshadow (a player!!!) doesn’t catch the bot in action (or someone doesn’t send him a replay), the bot will most likely not get punished and the list is just a drop in the sea.

And something funny to close this article:

The standard punishment for botting (IF you get caught and IF WG takes action, which as you can see, despite evidence presented by replays, is not automatic) is not getting banned, it is an account wipe. That means you will lose all your tanks and credits. Here’s a twist – you will NOT lose stuff you paid for: gold, premium tanks – and WG EU doesn’t distinguish how you got them (gift/bought/event), which means that even IF you get caught botting and IF WG EU takes action, you will not lose the Super Pershing from this event, because it’s a premium tank.

Remember this next time WG tells you they are fighting bots really hard.

PS: about the “top 10 in XP” requirement – bots can actually statistically achieve that, it just is less common than with regular players and requires much more battles to grind.