ever wondered, how the World of Tanks trees started? As you probably know, the oldest trees in WoT by far are the Soviet and the German tree. The Soviet one probably came first. This was one of the first tree proposals from December 2008 by Pytr Bityukov, one of the “founding fathers” of World of Tanks – Slava Makarov (another “founder”) published it in July 2012 for the players to see. P.Bityukov sent this to S.Makarov on 18.12.2008.

By now I hope everyone can figure out that CY is “SU” and such. 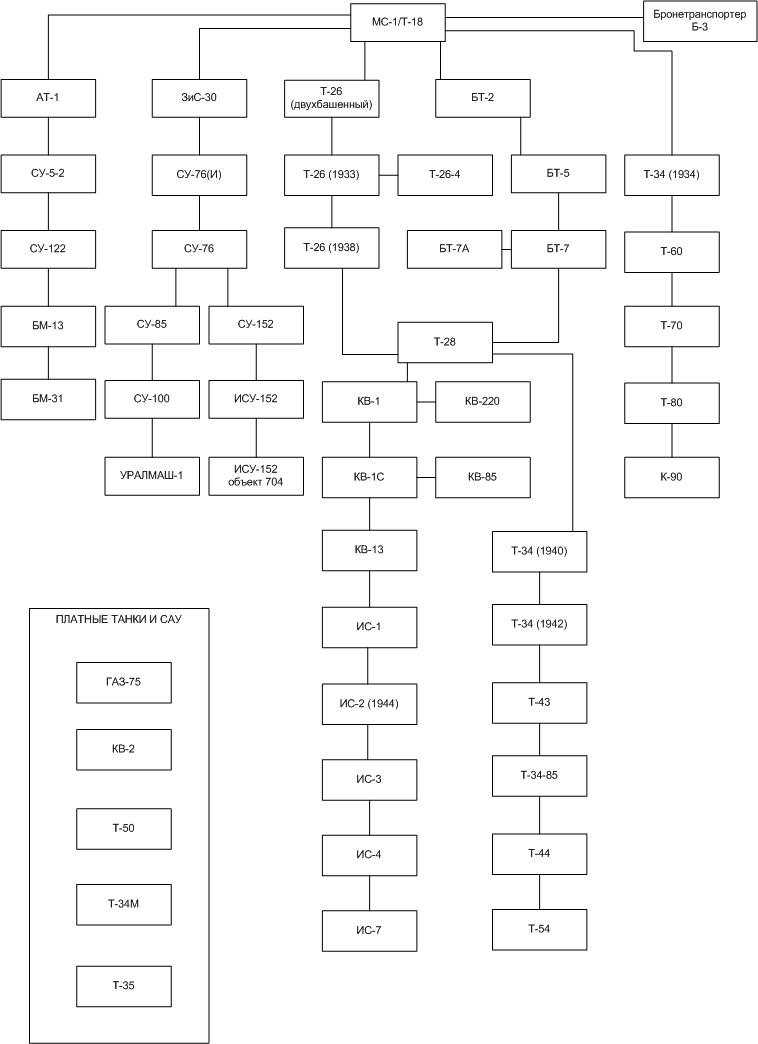 As you can see, the tree proposal lacks tiers (that system was not yet developed back then!), it was made in “Navyfield” spirit. A lot of the vehicles you know, but some earlier proposed vehicles were pretty interesting. For one, you have T-26 “twin-turret” on lower tiers – that thing actually had machineguns only! The tree is also very much focusing on historical progress (that’s why you have T-34/85 above T-43).

Keep also in mind that the entire tree consisted of historical configurations (that’s why the T-43 is below T-34/85 for example, with its 76mm gun) – by that time, the “module” system was not yet fully developed either. Another two curious things in this tree – first, the artillery has BM-13 and BM-31 rocket launchers, second, check the top tier light tank, the K-90. In case you haven’t ever heard of it (like I haven’t), this is the K-90: 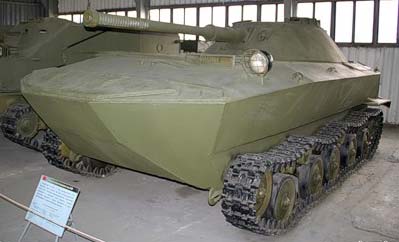 Yes, that’s an amphibious tank. I’ll get back to it in some future posts, but basically it was developed in 1950, stayed in prototype only, had very thin armor and a 76mm LB-76T gun. So, as you can see, amphibians were originally considered. Oh yea and the Bronetransporter B-3 on “tier 1″? That’s a halftrack.

Anyway, moving forward in history to the next post of Slava Makarov from late July 2012. The second iteration of the Soviet tree from roughly February 2009 was already modified, they threw out the wheeled vehicles and halftracks, but kept the K-90 amphibean for now. At the same time, first “paid” (premium) tanks appeared in the concept, those are in the lower left corner. 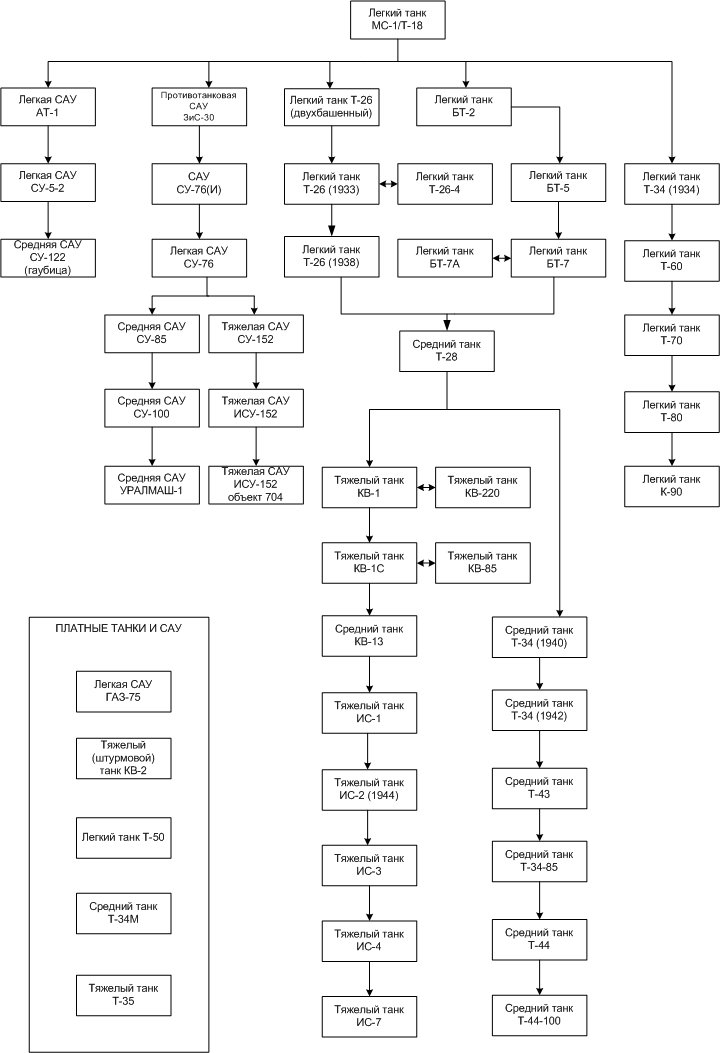 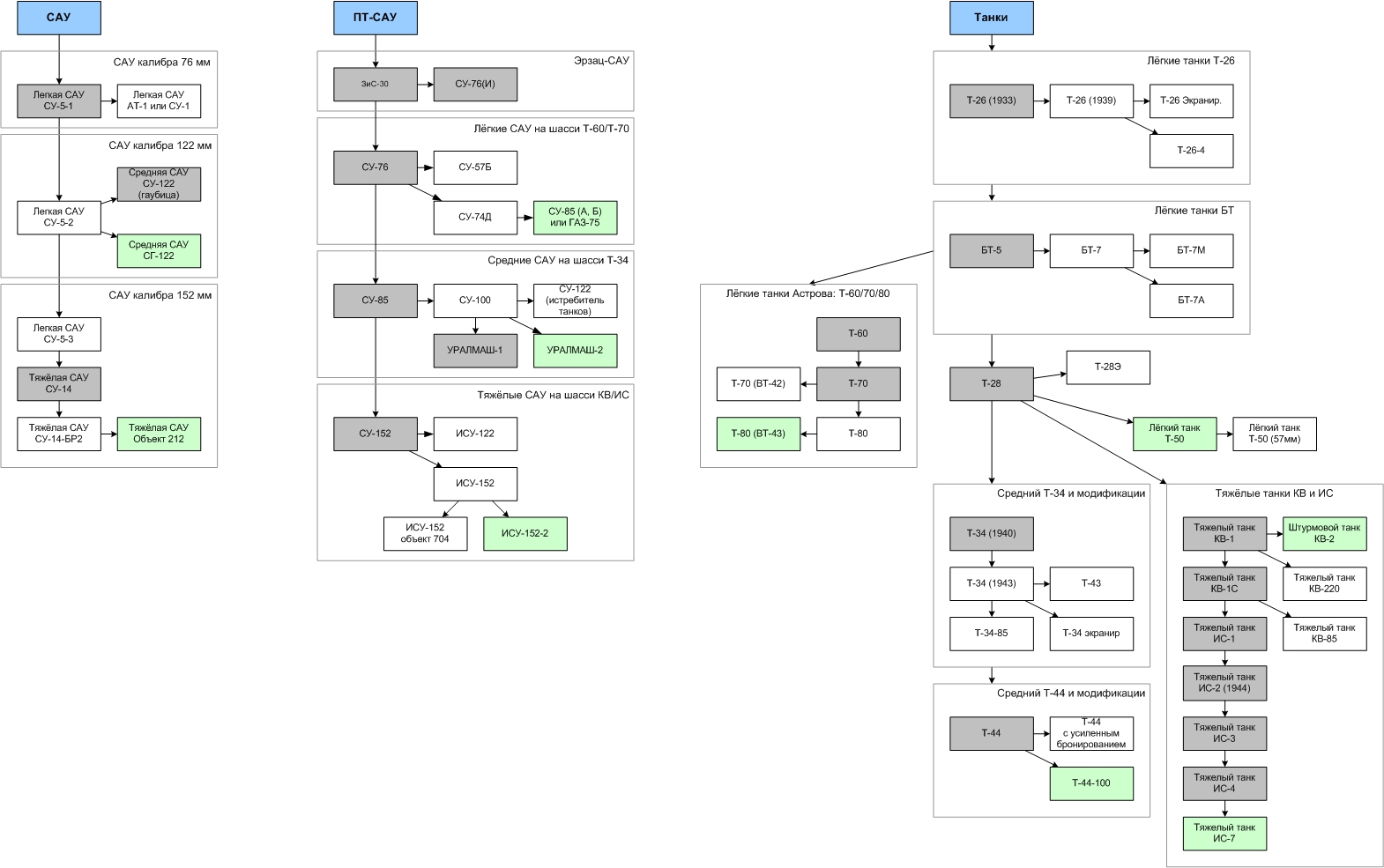 He actually proposed that the vehicles wouldn’t have unlockable modules. In this very early version, World of Tanks proposal kinda resembled the “War Thunder” system with unlocking not modules, but various tank configurations (so much for “War Thunder is original”). The module system is actually patented by the way, it was registered from May 2012. Anyway, Storm suggested each vehicle to have only (its) historical configuration.

As you can see, Storm did split the tree into 3 branches (SPG’s, TD’s and tanks), with each branch splitting into further sub-branches:

Slava Makarov comments that this Storm’s proposal would be hard to understand for players and it was rejected, but it’s interesting to see, how different the WoT could have been, when it comes to the tree concept itself. Moving forward in time once again, this is how the last untiered version of the Soviet tree looked like:

The colors have the following meaning: the red tanks were to appear in beta testing phase, the yellow tanks were to appear by the time the game was released to public, the green tanks were planned for future post-release updates. As you can see, the tree is starting to shape up into what we now know today (or at least what we knew around the game release). The only outlandish thing, that got thrown out, was the top arty, the heavy SPG “Medved” (Bear), which was basically this: 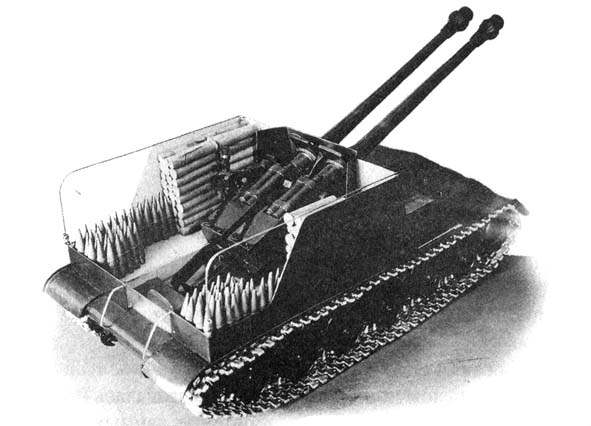 A twin 122mm D-25 SPG project on KV-1S chassis, a variant of the S-51 from Spring 1945. According to Slava Makarov, “Medved” was cancelled because there were not enough hard data for its introduction. Damn shame, really – who knows, if more on Medved vas found, we might have had multigun mechanism by now.

Other tanks from the tree were planned a very long time ago, but we have yet to see them, such as the GAZ light tank destroyers or the ZIS-30 (so popular in War Thunder these days). Anyway, soon after, tiers were finally added (with a bit of an update, grey tanks mean “add in future patches, but later than the green ones”)

And one last version, that came after this one.

Notice how the both tiered variants actually already have “captured tanks” – that’s another idea that somehow got lost in the mists of time. It might still come in the future, but… you know how it is. Anyway, this is how the Soviet tree started. The nostalgia :)

34 thoughts on “Ancient History of the WoT Soviet Tree”