There are two schools of thought on WoT inscriptions. Many vie for more freedom in the size and location of the inscriptions. Others (including SerB) believe that the current way is the only way: having the inscriptions set in stone is the most historical way to do things. Or is it? Let’s take a look at some inscriptions and their real life inspirations and find out.

For starters, one of the most famous T-34 tanks, Boyevaya Podruga. The game translates it as “Fighting Girlfriend”, but it’s more of a “friend that is a girl” word. In Russian, as in many languages, it does not imply romantic associations. A brief history of the inscription: Mariya Vasilievna Oktyabrskaya, whose husband was killed in battle, donated all of her savings in order to buy a tank for the front (as many did), but then sent a letter to Stalin personally, requesting to be made the tank’s driver, and to give it its name. Stalin granted the request. Mariya fought in the rank of Guards Sergeant in the 2nd Guards Tank Corps. After the first tank was knocked out, three additional vehicles inherited its name. The fourth tank lived to see victory, but, unfortunately, its “mother” did not.

Here is how the tank looks in game: 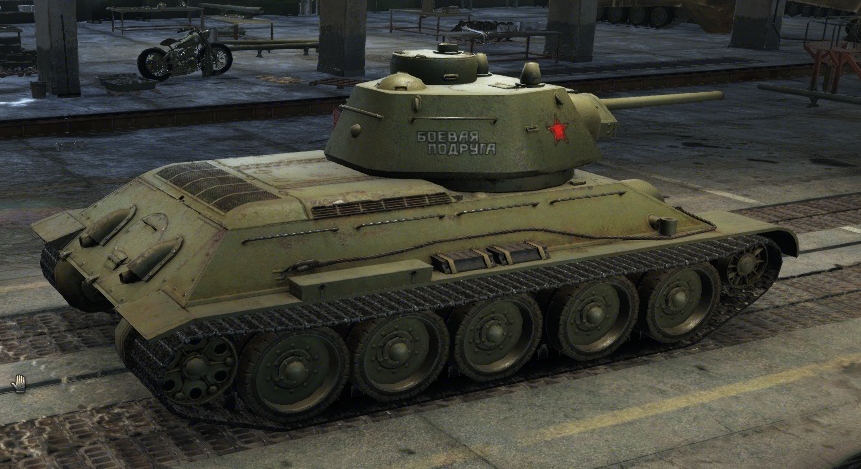 And here is how it looks in real life. 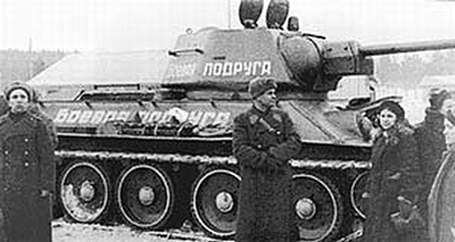 Kind of shatters the “historically accurate” theory, eh? The font is much smaller, it’s written in two lines instead of one, and there is no inscription on the hull. Not exactly a precise replica.

Next, a KV tank, “Remorseless”. This tank was paid for by a poet, Nikolai Tikhonov (joined by many other writers), who donated an award that he received for a poem in 1942. The tank fought until 1943, when it was damaged beyond repair in battle. Here’s how it looks in game and in real life. 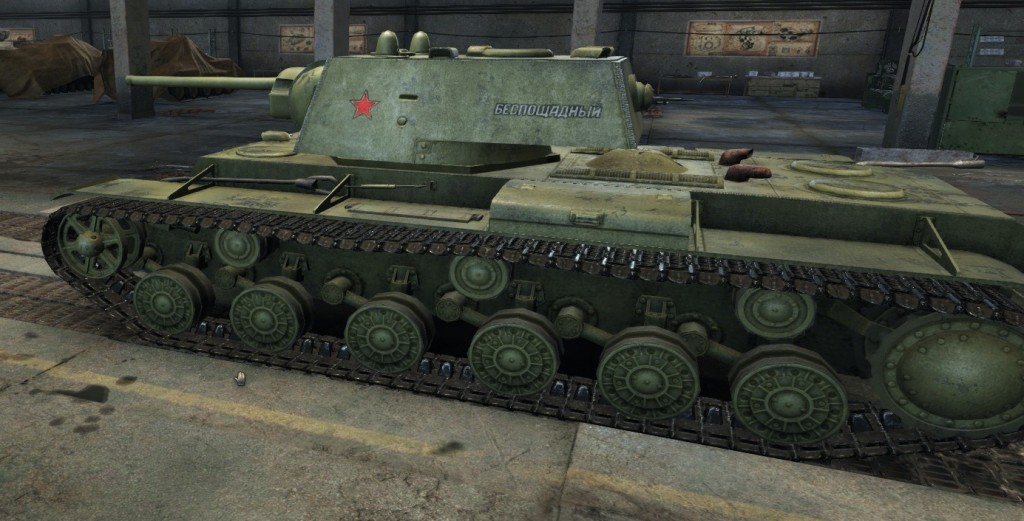 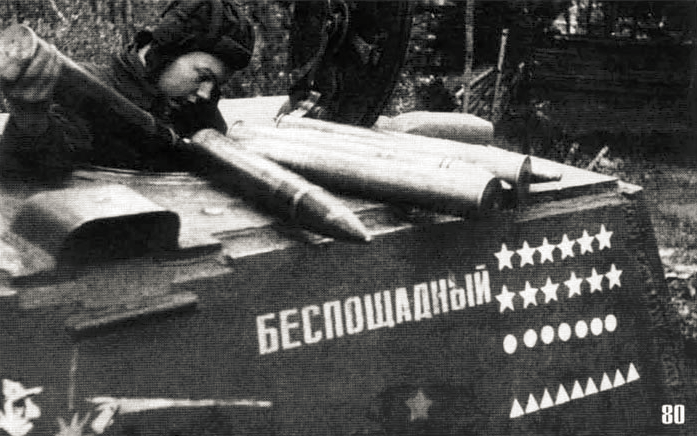 Well, the doodle of the tank shooting Hitler to pieces is missing, as are the kill marks, but the size of the inscription is mostly right, if not its placement and font. Unfortunately, there is another part of the tank’s decoration we are missing: 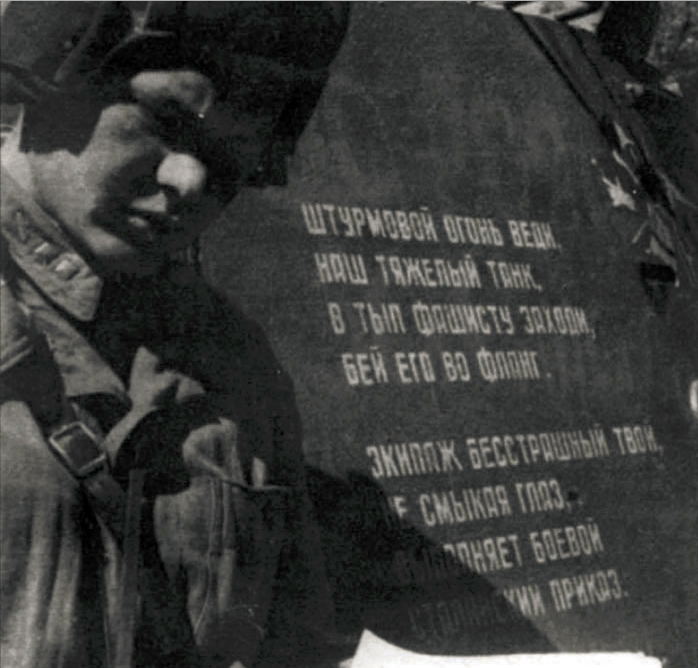 A poem by another famous Soviet poet, Marshak, written on the turret. My poetry is awful in any language, but I think you will get the idea of it:

Your fearless crew
Without blinking
Carries out Stalin’s
Combat orders

Sadly, all we get is the name. I would have paid double for an exploding Hitler on the side of my tank!

Next, another T-34, Leningradets. The tank belonged to the 1st Red Banner Tank Brigade, and is a part of several tanks named for their achievements in battle. The order awarding the tanks their names can be found here. 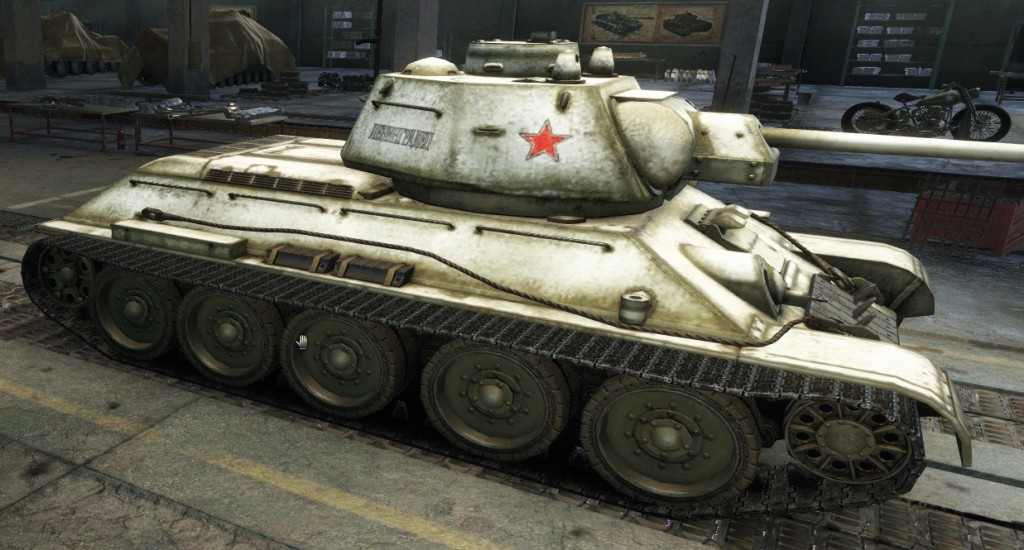 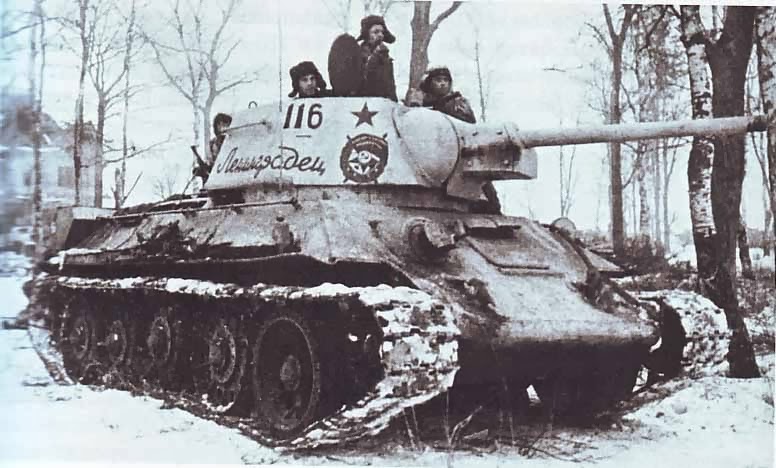 Oh boy, lots of things missing. The Order of the Red banner is gone, the inscription is the wrong size and font, but also the wrong colour. The most famous photograph of this tank is in winter camouflage, and yet the WoT version is white, not red. As a result, it is unreadable.

Let’s do a less famous tank, the meek T-70. There were named versions of this tank too. I can’t find much on Avtozavodskoy Shkolnik (Automotive factory school student), but photos show it in a group of similarly marked vehicles. 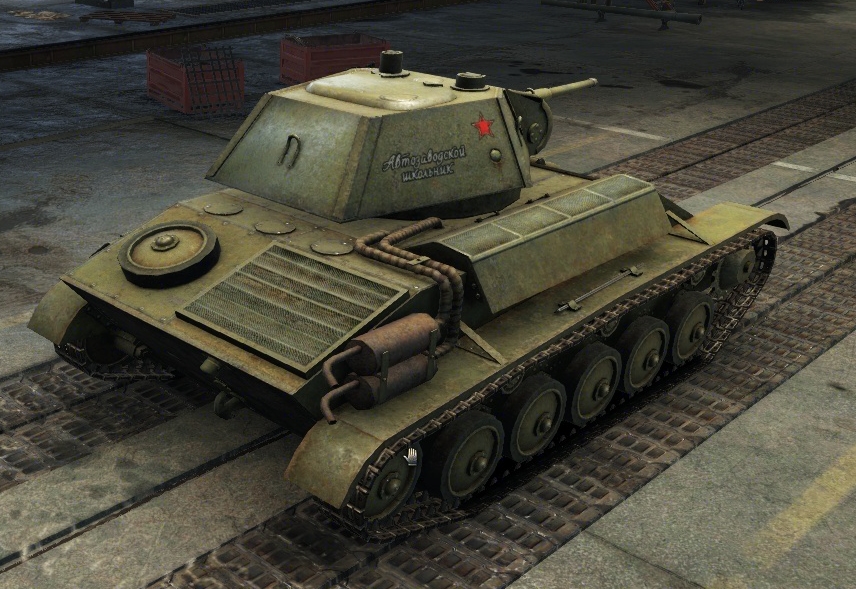 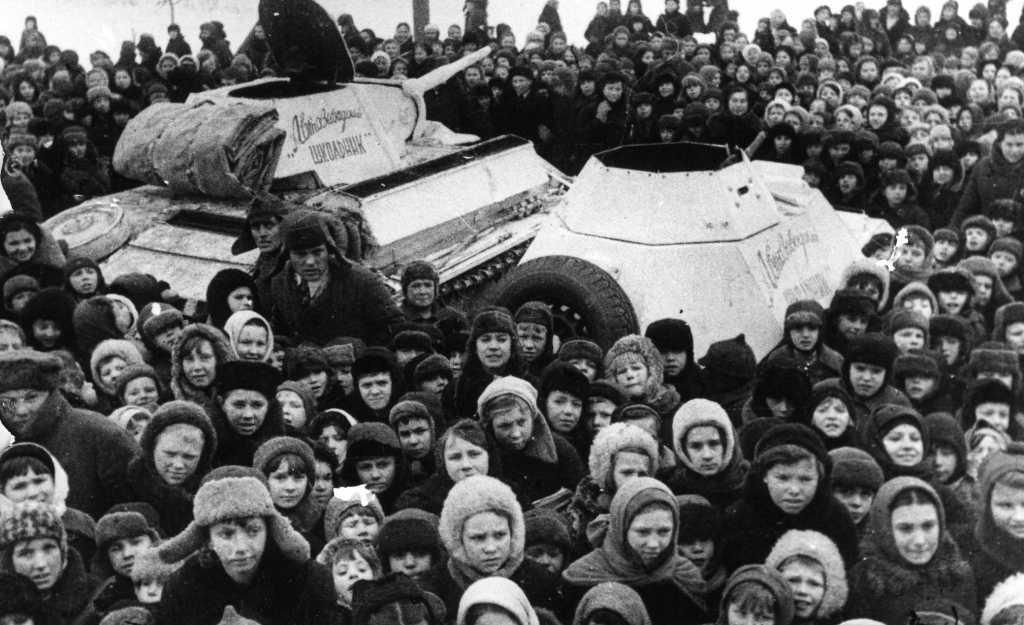 Minor problems with the font, a little too small, and the top line isn’t arched. But congrats, WG, so far this is the least wrong.