Russian LJ user Tikhonovetskiy compiled the changes in tank destroyer camouflage after shooting. Now, to make sense of the numbers – they are based on the data, gathered (via trials) by Russian players. How exactly it works is explained in this older post on FTR (I suggest you check it out), but basically, the percentage value displays the percentage, by which the spotting distance of a tank is reduced when compared to ideal case (as in, for example if the number is 10 percent and you have a tank that would ideally spot everything at 1000 meters, it gets spotted at 1000 – (10 percent, eg. 1000) = 900 meters instead).

The table is unfortunately in Russian, but here is what the numbers mean:

Obviously these values are for the gun, written in the last column.

So for example the first case, AT-1 – in 9.0, the shooting camo reduction was 7,70 percent, in 9.1 it is 5,05 percent (which means a reduction to two thirds of the original value). Also, as you can see, prems weren’t touched. Oddly enough, WT E-100 got actually its shooting camo buffed if I see it correctly. 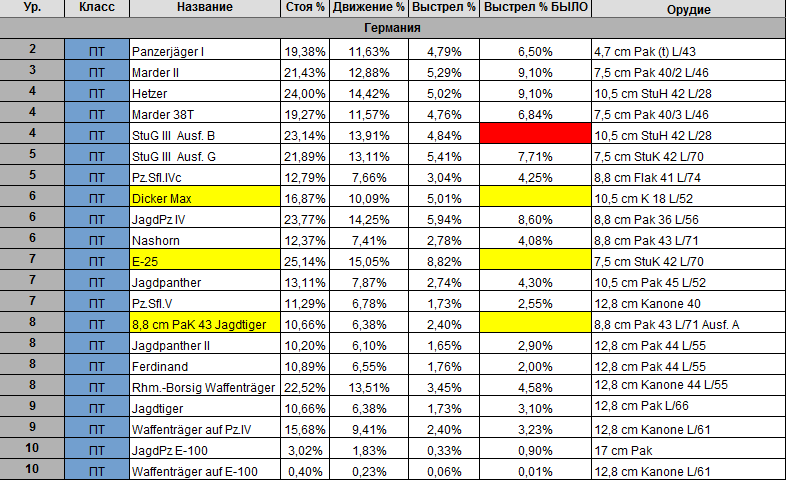 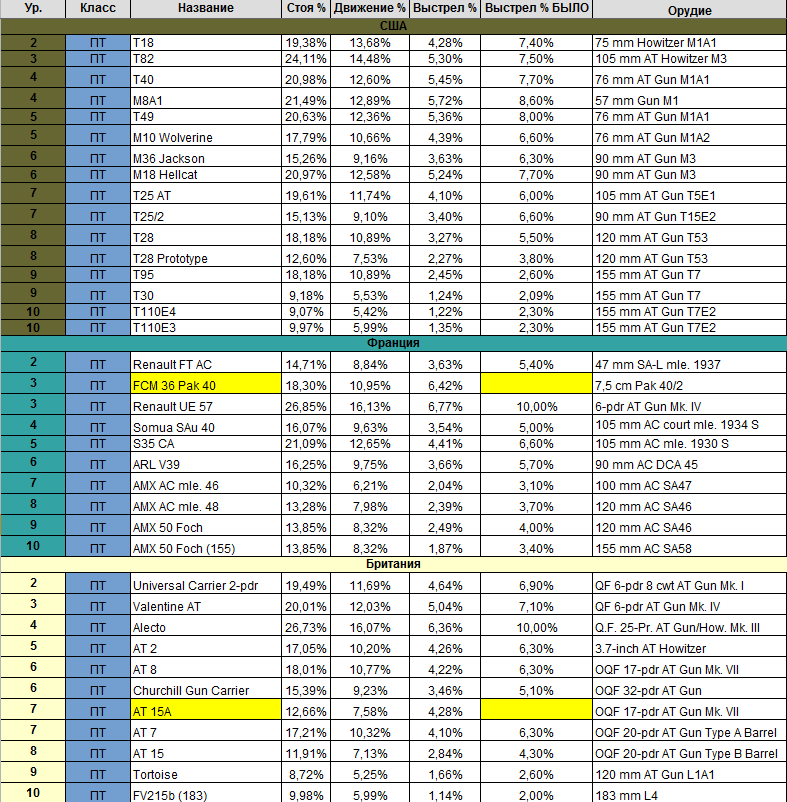