today, we are going to have a look at what happened after the war in Czechoslovakia in tank industry. A long time ago, I wrote a post on the T-34/85 in Czechoslovak service, now it’s time to continue with the T-54.

While there was certain original medium tank development in Czechoslovakia after the war, it is the undeniable truth that the majority of Czechoslovak tank forces from 1945 to 1989 – and, practically until today – consisted of license produced or imported Soviet vehicles, first the T-34/85, then the T-54, T-55 and finally the T-72. I am saying “majority”, because in certain period (cca early 60′s, but it varied), Czechoslovak army also used the captured German equipment (Panzer IV, StuG, Hetzer, Hummel..) and the western vehicles, obtained from the former wartime allies, such as the Cromwell and Stuart tanks. 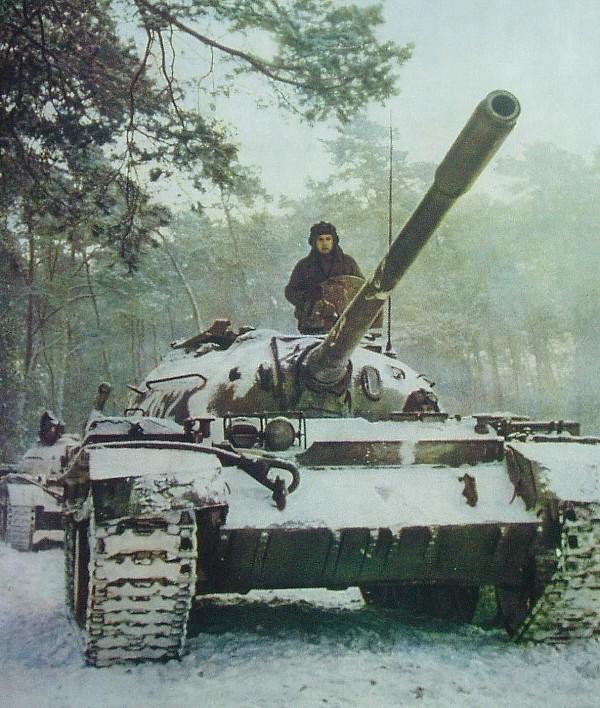 The T-54 medium tank was intended as a replacement of the aging T-34/85 tank in the Czechoslovak army in the mid 50′s. Generally, it was regarded as the only real solution, despite the fact there were some proposals to actually upgun the T-34/85 to 100mm (including a proposal for an autoloaded version). As it was usual with the heavy industry of that time, the production, proposed to start in mid 50′s at ČKD Prague, was delayed and in 1956, it was decided to start producing an improved version of the T-54, called T-54A. Between 1956 and 1957, the Soviet assembly documentation was reworked for Czech conditions and the first trial series of 10 vehicles was produced in 1957 at the J.V.Stalin Factory in Martin, Slovakia (the heavy production was moved to Slovakia not only to jumpstart Slovakian economy within former Czechoslovakia by introducing heavy industry, but also as an attempt to move the heavy armor production away from Pilsen or Prague more eastwards, so it is not as easily reachable by the American and British bombers).

The mass production of the T-54A ran from 1958 till 1961. In 1958, 98 tanks were built, in 1959 it was already 313. Between 1957 and 1960, 771 T-54A medium tanks were built. The total production of the T-54A type was estimated at 1024 pieces, but the number is not confirmed. In the beginning, the production was constantly delayed by the lack of various components, produced by sub-contractors not only in Czechoslovakia (VŽKG Ostrava, ČKD Sokolovo, Meopta Bratislava etc.), but also in the USSR. Spare parts were also a problem. From 1961 onwards, the T-54A production was upgraded to the T-54AR.

The license produced T-54A was not different from the Soviet version of the vehicle. It had a 510hp V-54 engine, a 100mm D-10TG gun and the standard armored layout of the Soviet tank. The Czechoslovak-made T-54A was also exported, specifically to India (mid 70′s, 274 pieces), Hungary, Syria and Morocco.

The T-54AR “Řeka” (“River”) is one of the original Czechoslovak variants of the T-54A vehicle. It was a modification of the T-54A medium tank, intended for (as the name suggests) deep wading and crossing deeper streams by simply driving on the bottom. It is not a specialized variant, more like a standard, to which some of the older T-54A tanks were upgraded (specifically, 200 older T-54A) tanks. It was in production from 1961 to 1966 and 1230 were made. 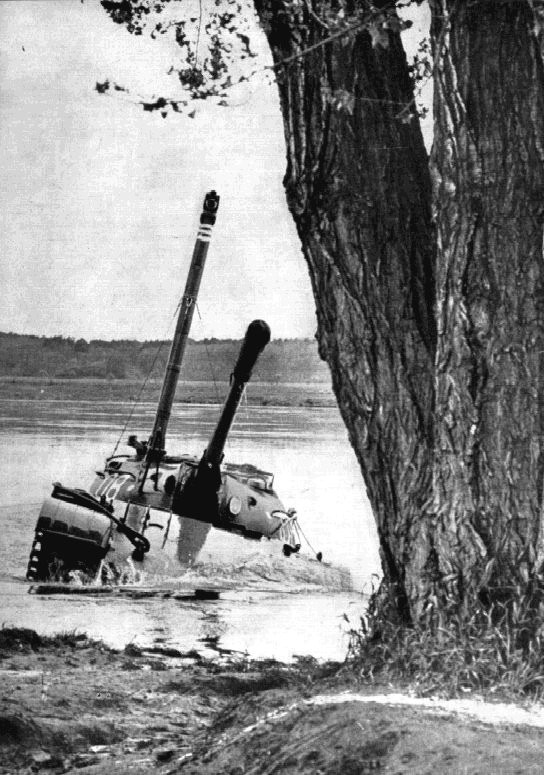 This variant was developed by ZTS Martin (the same plant that produced the T-54A, Stalin’s name was dropped in 1965 in the wake of the “destalinization” process). Its main characteristics were identical to the T-54A medium tank (the same gun, armor and engines), but the vehicle had some changes:

The vehicle was capable of driving through 7 meters of water (stream velocity of up to 1,5 m/s) or 5 meters (stream velocity from 1,5 m/s to 2 m/s). The maximal length of the water body to cross was 1000 meters. 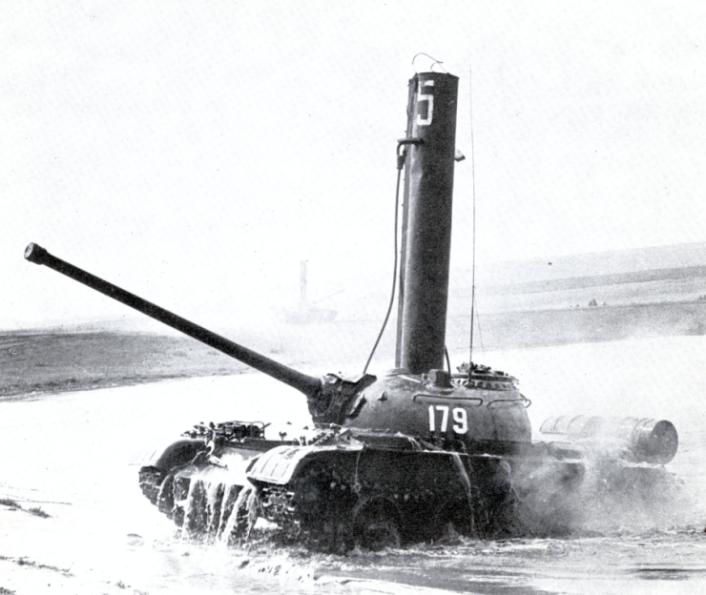 The vehicle, as you can see above, could be equipped with a large “chimney” snorkel, that could also double as an emergency exit. This is the training variant – second (much more narrower) “combat” variant was only an air intake and it could not be used as an exit. In order to exit the “combat” vehicle under water, the tank actually had to be flooded with water inside, otherwise the hatches would not open due to external pressure. Needless to say, that procedure was not very popular with the crews. Furthermore, the snorkel could not be quickly removed, because – in order not to compromise its relative low structural integrity – it was fixed with cables. The commander had also a special insulated periscope above his hatch, which wasn’t used under water (the crews were orienting themselves using a compass).

This vehicle was also exported to Hungary and Morocco. In World of Tanks, it would possibly be relevant as an Czechoslovak tier 10 medium tank, but it is not required. 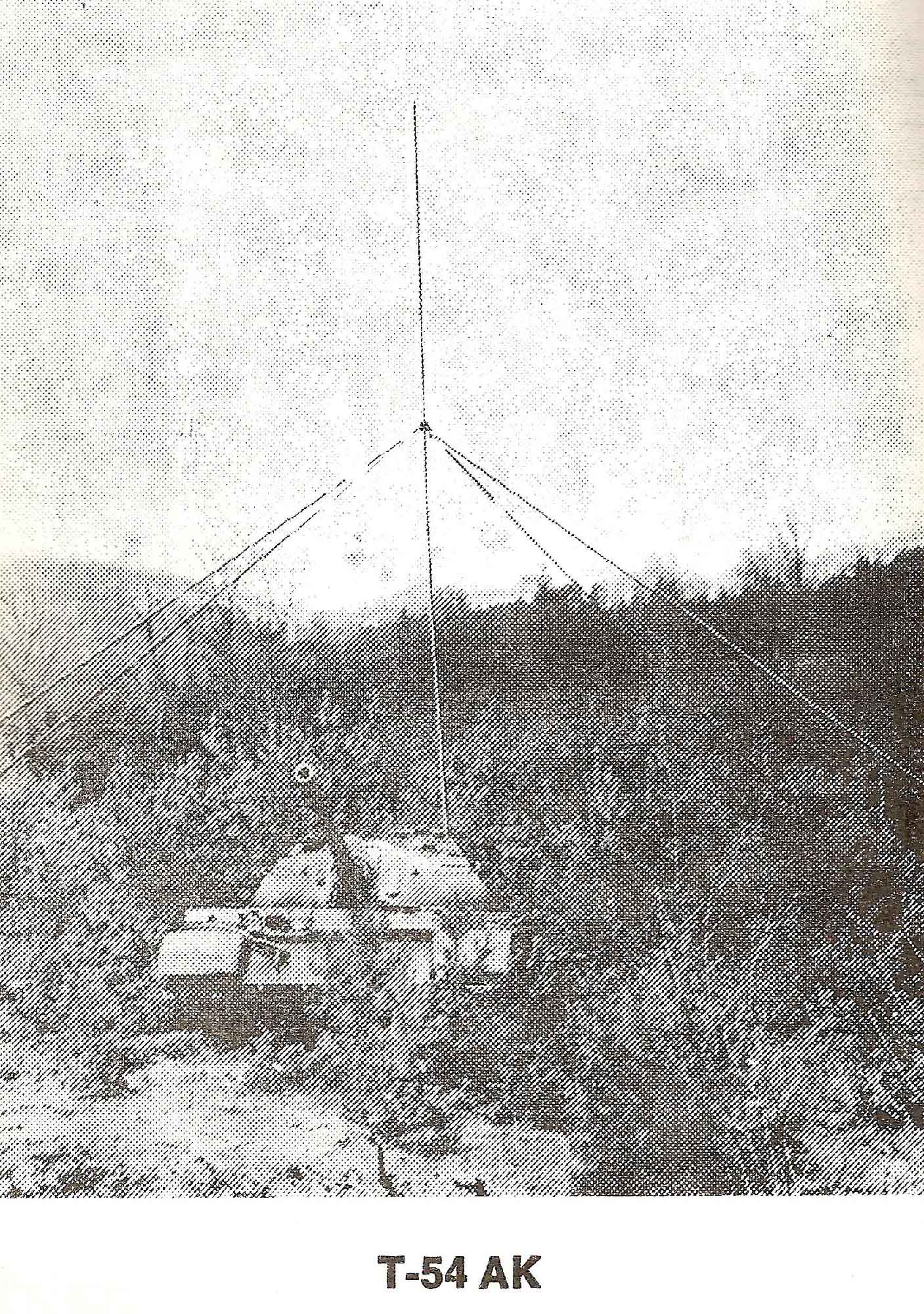 The T-54AK (“komandirskyj” in Russian) is a command version of the T-54A tank. It was produced at ZTS Martin between 1961 and 1963, with 130 vehicles made in total (120 for the Czechoslovak army, the 10 were apparently sold to Morocco). In characteristics, it is practically identical to the T-54A tank, with following exceptions:

- the ammunition carried is reduced by 6 to 28 rounds
- an extra commander radio station R-112 is installed in the turret, along with an independent gasoline generator NS-600 (600W power output, can run for 10 hours on one full fuel tank), constantly powering the commander’s radio. The original R-113 and R-120 radios remain
- emeregency exit hatch moved to the right side
- the tank also carries the telescopic antenna on its back

The list of modifications between the T-54A and the T-54M include:

The first time the T-54A modernization was brought up was in Spring 1964 and throughout 1964, the matter was consulted with the specialists from ZTS Martin and VTA Brno. The entire idea was that since the T-54A tanks do need to undergo repairs and refit, components from the T-55 tank should be used so that the T-54A tanks are modified to reach the T-55A standard. In Summer 1965, these ideas were consulted with the Soviet experts from the Zhitomir repair plant. The results were successful and in August 1965, VOP 025 Nový Jičín (military repair plant) was selected to carry out the modifications.

VOP started building the modernized prototype in November 1965. The prototype was inspected by the end of April 1966 and in May 1966, the tank was approved for production/modernization run. However a few days later, during the VOP factory trials, the prototype suffered engine, gun stabilization and fire control system breakdowns, which had to be fixed. The second round of intensive trials however (at VOP 022 Doksy) was passed.

Technically, the T-54M could probably still fit World of Tanks universe – it was introduced very late, yes, but it was relatively low tech. The later modifications included the T-54AM1 and T-54AM2, we’ll talk about them some other time.

12 thoughts on “T-54 and its Variants in Czechoslovak Service”