this is a completely pointless piece of information, but it’s still somewhat interesting. Ever wondered, how Wargaming introduced the football mode ball into the game? Check this out. 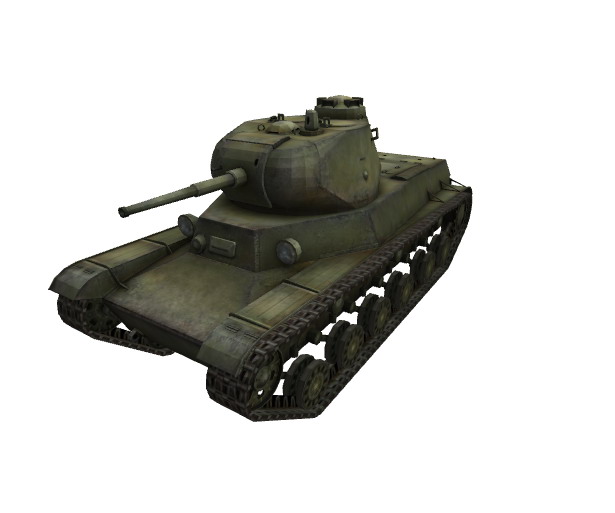 Recognize this? This is the T-50-2, the former Soviet tier 5 light tank, that was removed from the game (and replaced by the MT-25), but its files are still present within the client, so, if you want to, you can view it for example using a Tank Viewer. Or, can you? The configuration depicted above is the elite configuration, but what happens when you switch the turret to stock? 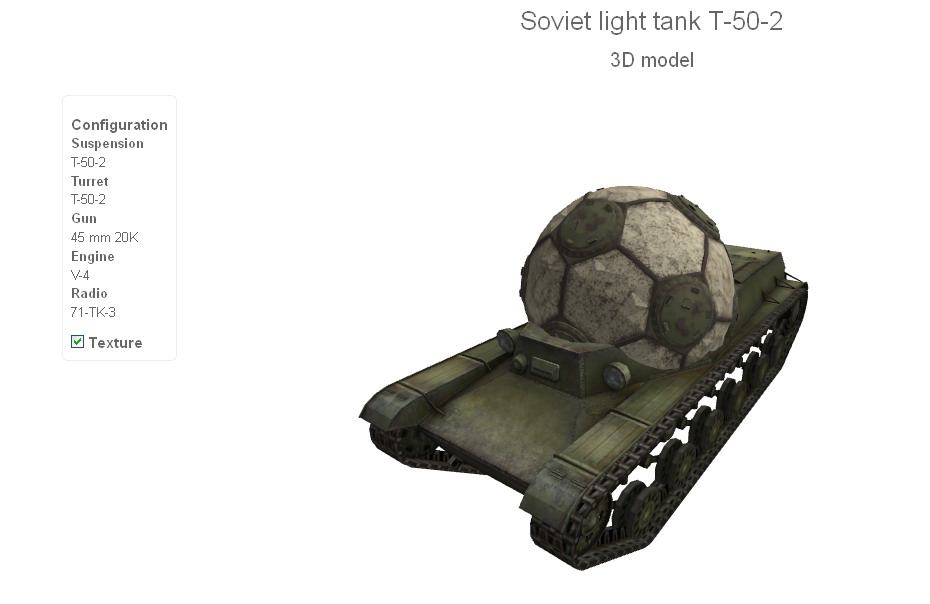 That’s right… the ball, you are pushing around in the football mode is nothing else than a remodelled stock T-50-2 turret :) My guess is that the developers didn’t want to waste client space on yet another separate object and therefore chose to remodel a turret of a tank, that will not be ever used again (although – if alternative hulls are implemented – it might appear as one for the T-50). The ball has the nominal amount of 37mm of armor.

My another guess is that this was discovered as a by-product of the “ripped off turret” research, when the turret physics were modelled and the devs found out that they could have some fun with ripped off turrets – I remember reading of a case where two developers played some sort of “football” with a small turret during the development of this option and I guess that’s where this came from. Actually, it’s a pretty smart solution and the football idea was pretty funny.

If only it was not infested by AFK’ers, who use it to train that one crewmember… :(

32 thoughts on “How the Soccer Ball was Made”