For a completely marginal issue, it got a separate portal post on RU forums strangely enough (EU silent as always)… 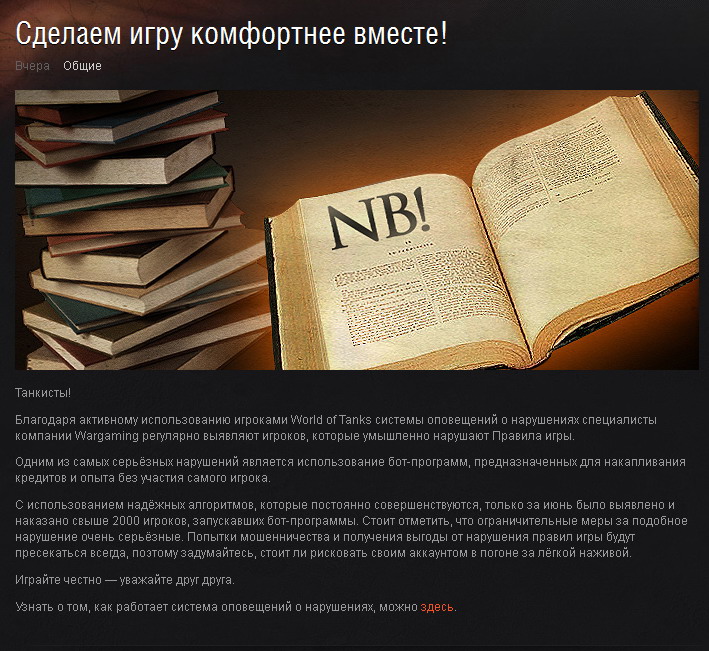 Thanks to the fact the World of Tanks users use the rule violations report system actively, Wargaming specialists are constantly identifying players who break the rules.

One of the most serious rules violations is the use of bot programs, intended to accumulate credits and XP without player participation.

Using reliable algorithms that are constantly improved, we have identified and punished in June alone more than 2000 players, who used bot programs. It should be noted that punishments for such violations are very serious. The attempts to commit fraud and to gain advantages by breaking rules will always be punished – so think about whether it’s worth risking your account for easy profit.

Play honestly, respect each other!

Well… pardon me for being skeptical about that but I think that the amount of bots is considerably higher.

ASIA is possibly the smallest server there is, its peak population, if I recall correctly is 1/10th of what we see on EU and like 2 percent or so of RU server. Yet, according to official info, they ban/warn like 25 botters per day? That’s 750 per month on a server that is a fraction of RU server. If the percentage of bot users and caught bot users was the same, the realistic RU number of bots punished/warned per month would be around 10-15k? That is of course just guess work, but I do believe the real numbers are higher than 2000.

Plus, if the issue was as negligible, why bother putting up a special portal post? But – at least they are doing something…