well, the patch 9.2 is here and it’s time to gather some feedback. The thing is… there is not a whole lot going on with this patch. Not from the things that can be thoroughly tested anyway. There is the Stronkhold mode, but last night and today morning there was noone from my clan to play it and even if there was, there is not much to say about it that wasn’t already said.

Some vehicles got buffed and nerfed and some had their armor changed, which can be seen here (not a complete list, I will gather the other changes when the data is available). Then there are the new maps, including the reworked Prokhorovka – they warrant a separate post and I’ll get to it (although some the main changes were leaked already – Sacrad Valley, Cliff, Hidden Village).

So, what’s left… general impressions. Overall, this patch did not reduce my FPS from 9.1, so that’s good. I even think some of the effects were optimized, I am having a bit less microlags, so that’s good. The only odd thing is that the new Prokhorovka has some smoky areas, that appear smoky even on low details. When I was testing the map last night and entered one of the smoky areas, the FPS dropped a LOT, but as I looked for feedback on this issue on RU forums, I haven’t seen anyone report this issue, so it’s hopefully not universal.

One thing that was introduced is the new “foliage transparency” toggle in visual graphics. I am not sure what to think of it – for me, it did increase the FPS (so much for “defoliant mods do not increase FPS”), but I will leave the judgement up to you – check this out: 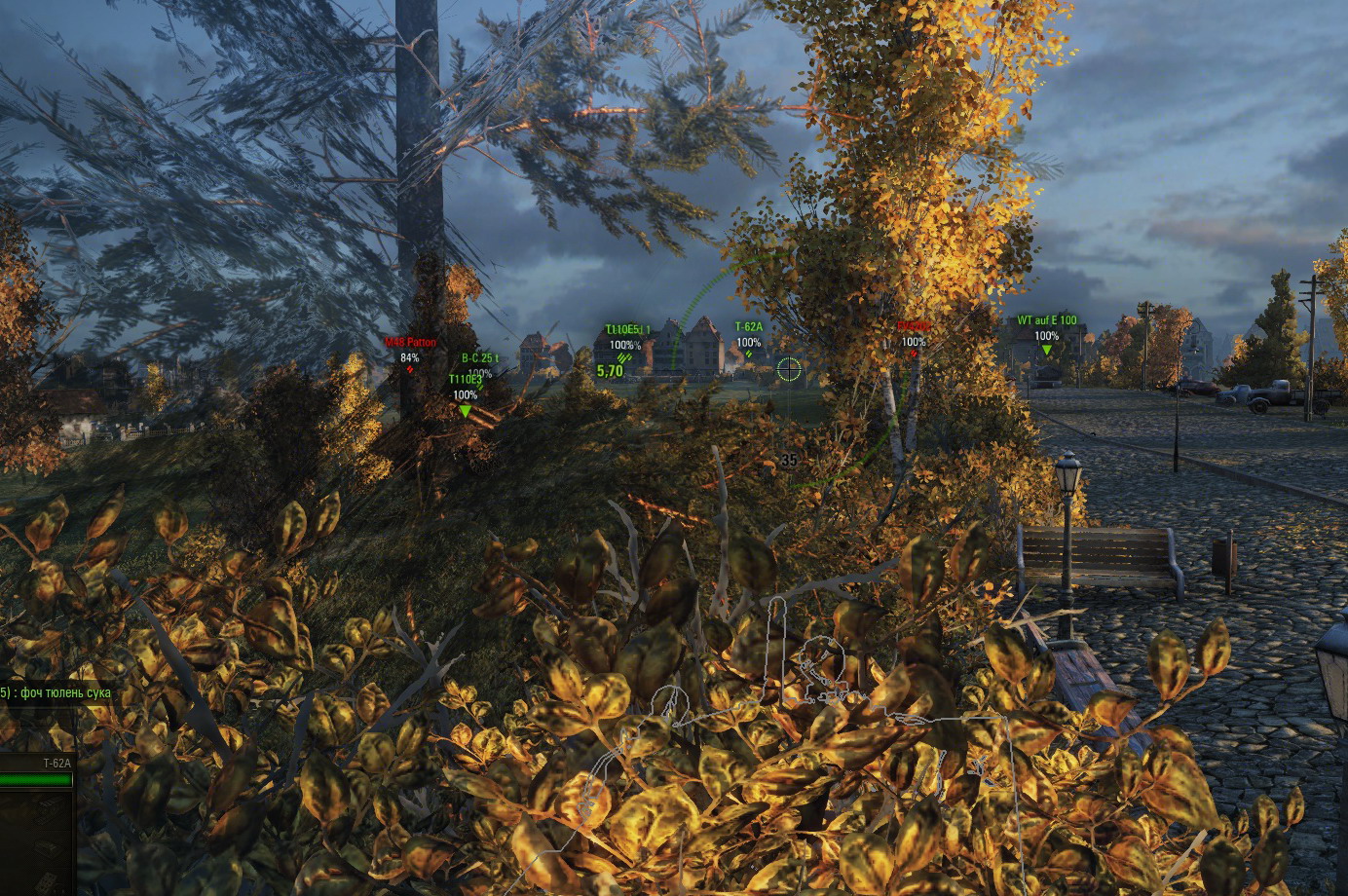 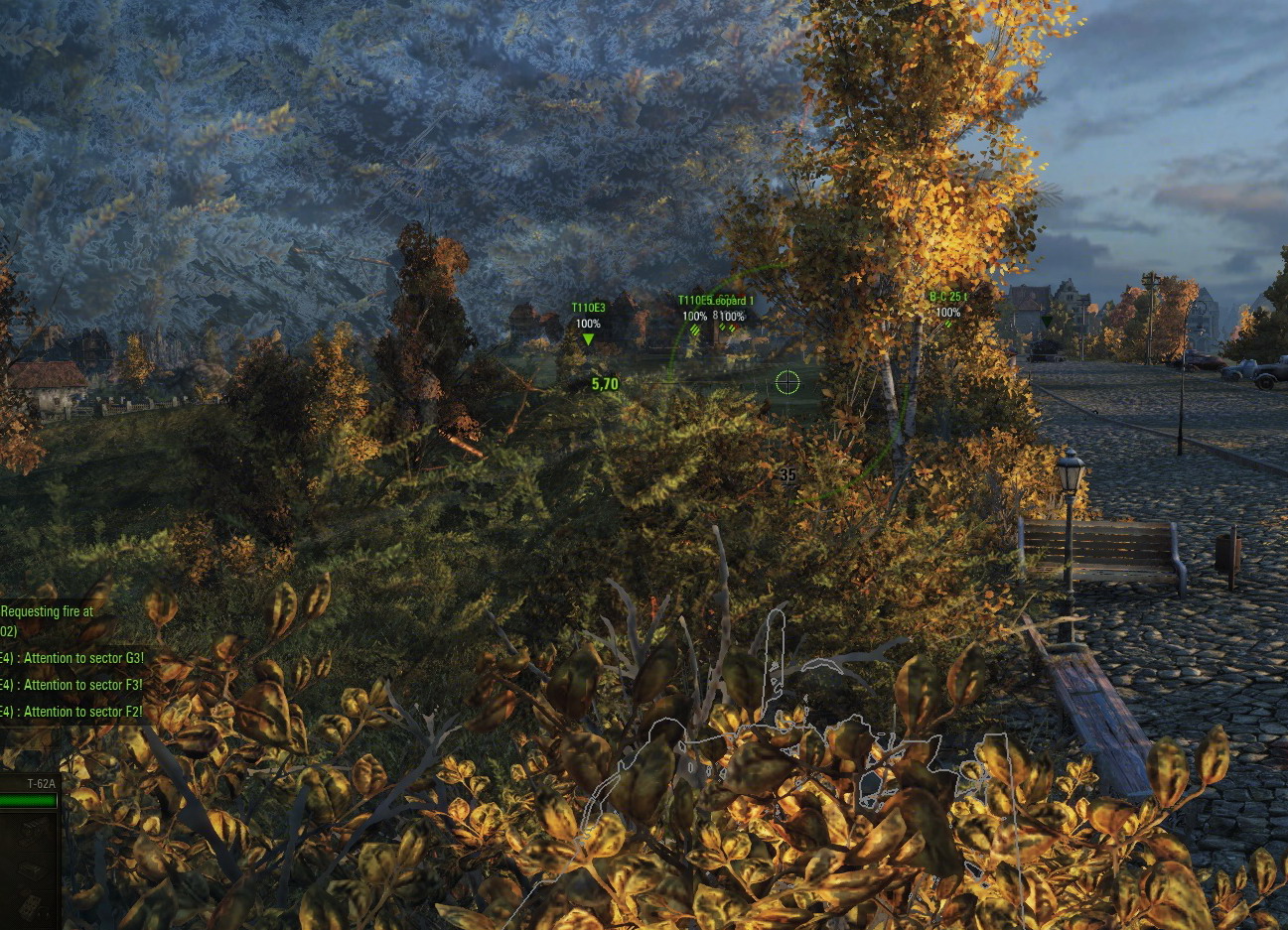 The “off” version simply removes the extra leaves from the model, looks useful. When you hide behind a fallen tree like this: 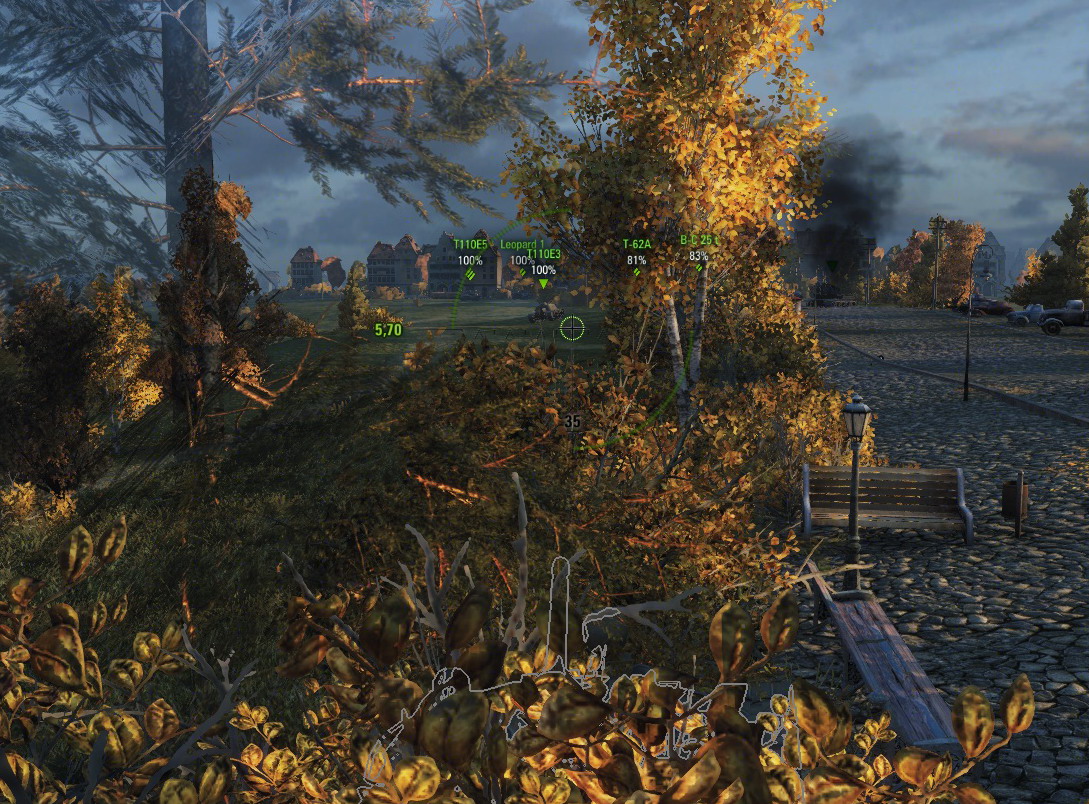 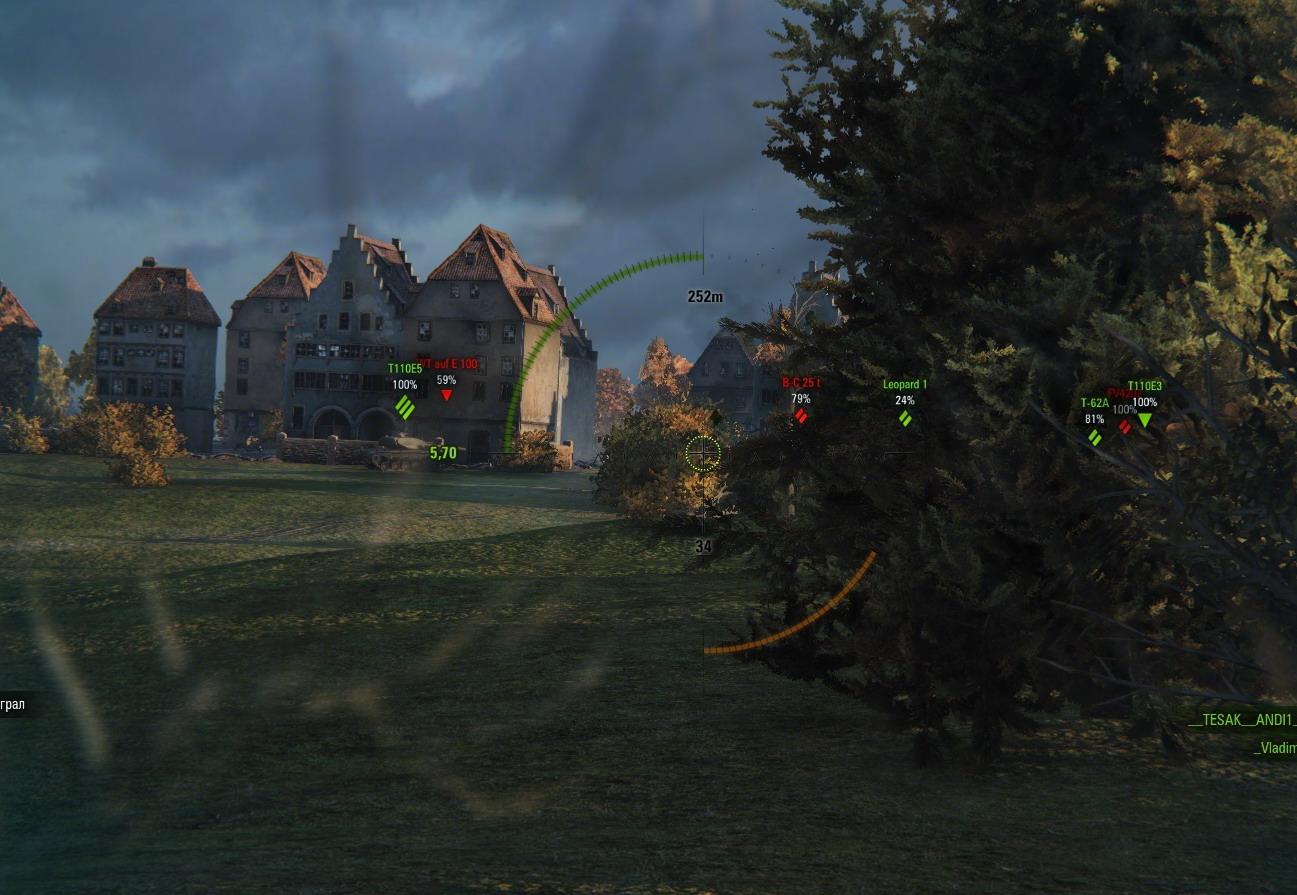 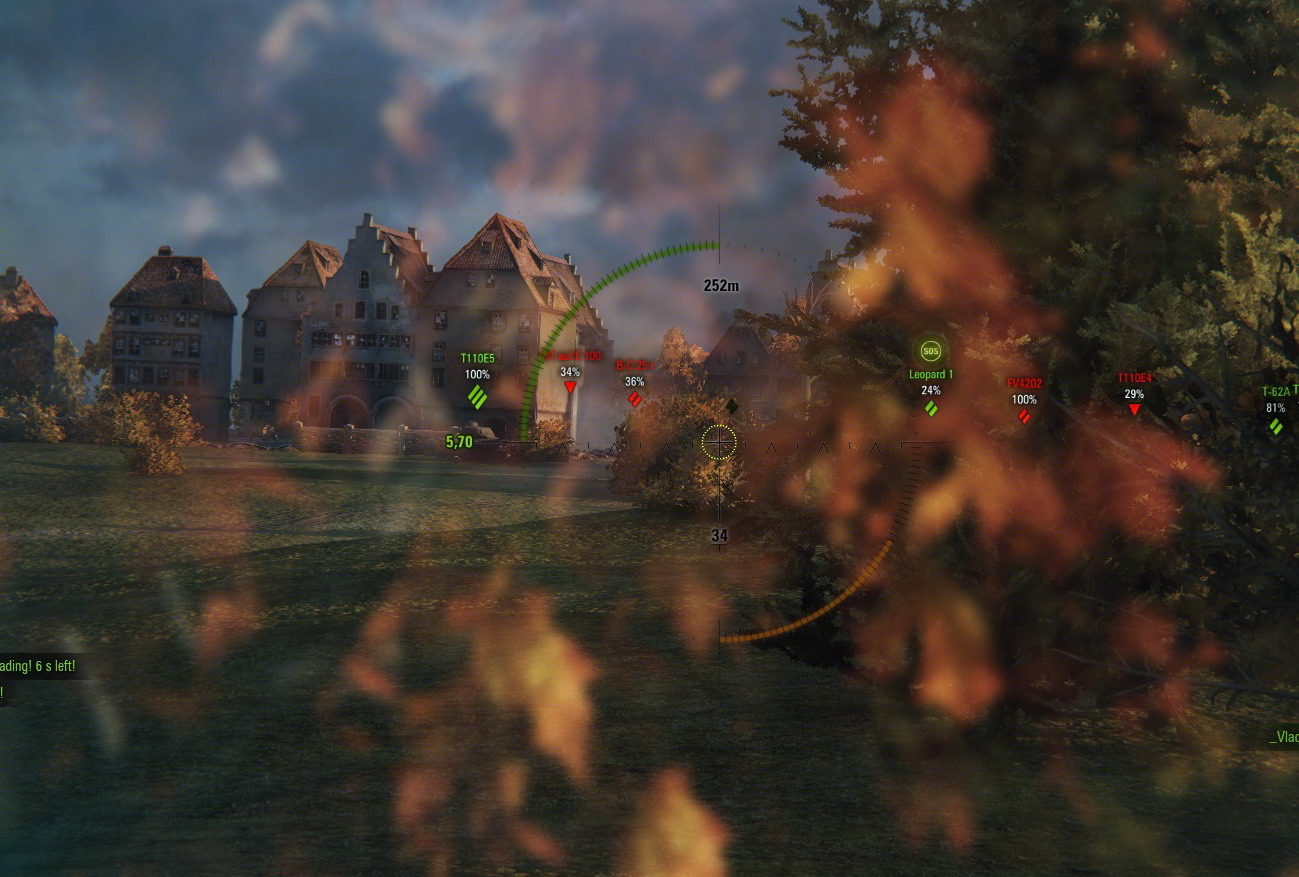 Apart from having some extra eye candy, I don’t think there is any reason to actually turn this transparency mode on, because as you can see, it is certainly not helping your situational awareness by introducing blobs of colour into your sniper mode. And since it you won’t be looking at leaves when you are trying to hit your enemy in the sniper mode, I do consider it a bit pointless.

Oh yea, and there are four new HD models – the StuG, IS, SU-100 and Churchill I and they look pretty good, will post pics when I have reasonable HQ screenshots.