here’s a tank you’ve probably never heard of before, well, unless you are into this sort of thing. When you consider the German tanks, they are rarely pretty, but they are always functional. But what happens when the French and the Germans start to cooperate? Well, something like this: 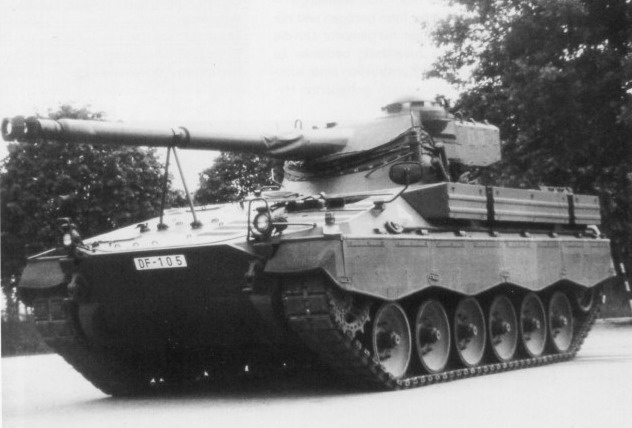 This is the DF 105 Combat Tank. It’s a prototype, built in the mid-80′s in cooperation between the French (the turret) and Germans (the hull) by Thyssen Henschel, intended for export. The hull is of the Marder 1 IFV, the turret is French-made FL-15 by Fives Cail Babcock company (this turret was used in the late production AMX-13 as well). First, the hull – the Marder IFV was developed in the 70′s, based on the needs of the West-German army, the Bundeswehr. It’s very lightly armored (protecting the crew and passengers from 20mm APDS shells only, later increased to 30mm protection due to the armament of the BMP-2), but it’s fast and well armed. Of course, it’s “just” an IFV and as such, there were plans by Thyssen-Henschel to build several vehicles on this chassis:

The DF 105 was a tank destroyer/support tank design, created by fitting the abovementioned FL-15 oscillating turret on it. The FL-15 turret was developed in 1983 (well beyond World of Tanks timeline, unfortunately) as further development of the earlier FL-12. This oscillating turret was equipped with modern electronics and targetting devices, such as the TCV 186 laser rangefinder and SOPTAC fire control system. The turret was equipped with the French 105mm FN gun, with autoloader if course. The turret itself was up to 40mm thick and had quite favourable depression and elevation in its cradle (-8/+12). Rate of fire of the 105mm gun was rated at 12 rounds per minute and the ammunition capacity was 50 shots of various types – HE(T), HEAP, HEAT, APDS(T) and APFSDS. The effective combat range (at which the vehicle could fire accurately) was cca 2000 meters, but in “artillery mode” (indirect fire), the gun could fire at longer distances, up to 8000 meters. The turret was also equipped with a coaxial MG with 5000 rounds of ammunition.

The entire vehicle weighed 30 tons and was powered by a 720hp MB-833 Ka-500 engine just like the TAM. Unfortunately, the top speed is not known, but it’s possible it was identical to the Marder IFV (which was 75 km/h). The vehicle could, apart from the standard crew of three, carry either 50 additional ammunition rounds, or 6 men in the back.

As you can probably see from the design itself as well as the producer, this vehicle was tied to both the AMX-13 (the Dutch upgraded their AMX-13 tanks with the very same turret) and TAM development. The TAM was an Argentinian medium tank project (while earlier than DF 105, it is still too new for World of Tanks). Unfortunately, this vehicle did not cross the prototype stage – there were no interested countries to buy this tank at that point (Argentina already had the TAM). Damn shame, because it’s a really pretty vehicle. 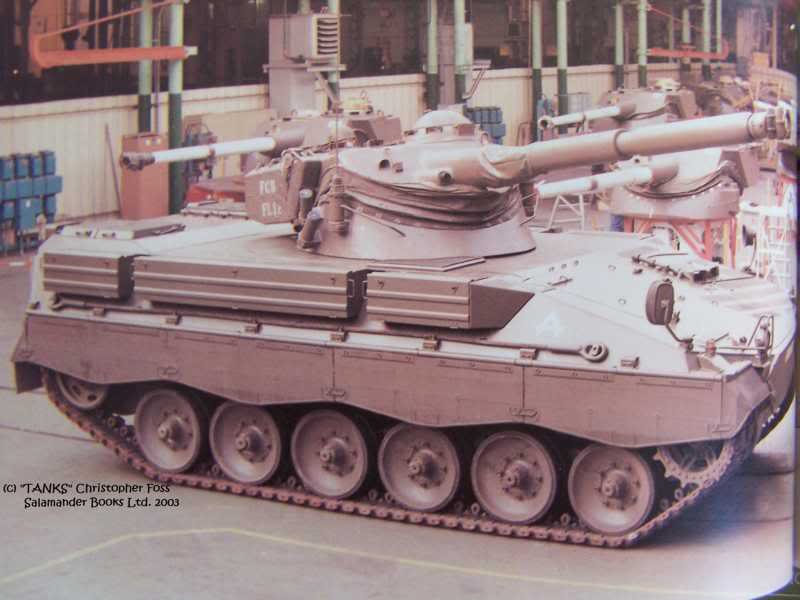