everyone knows Leopard as the German main battle tank, that won the competition and became a mass-produced vehicle, used throughout Europe. However, there is this impression that apart from the Leopard, the Germans did not develop anything else on the tank field in the 60′s. That is not true. Check this out. 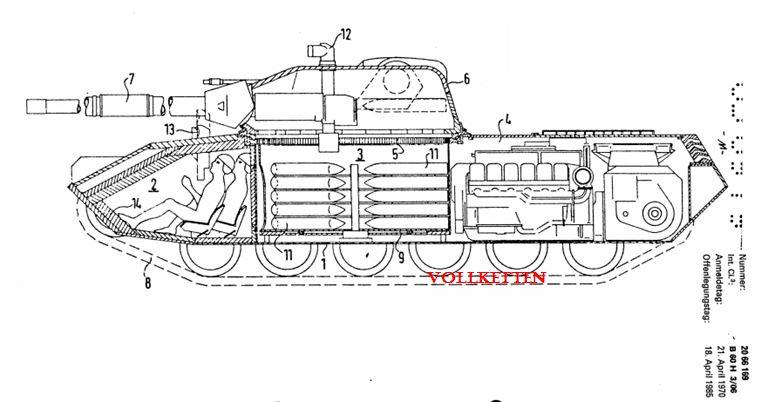 This is the Blohm und Voss company proposal for a main battle tank, developed in the 60′s and patented in 1970, as found by Vollketten (Patent Application No. #2066169 from 21st April 1970). Its full name (in the patent) is “Armored Vehicle with Low Silhouette”. 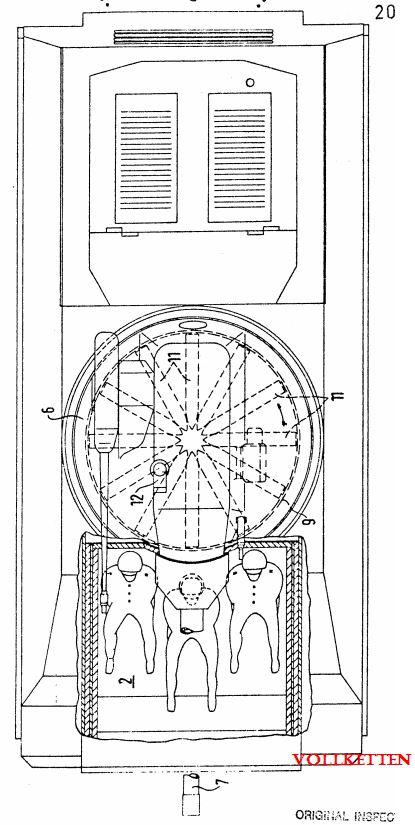 The patent concerns the setup of the vehicle, specifically the fact that the very narrow turret is unmanned and the gun within (105mm Bordkanone, looks like a L7 clone, plus what looks like a 20mm autocannon on turret side) is fed via an autoloading mechanism from the ammo storage, located below the turret. The crew is located in the front and controls the main gun remotely. The engine is in the rear. The main requirement of the vehicle was to be as low as possible and thus easily concealed, since, according to German data from testing various vehicles, the tank duel only takes a short time and the decisive factor in it is how low a silhouette the tank has, since a taller tank can be detected several seconds earlier, allowing the other tank to fire off the first round.

Furthermore, the testing experience showed that tanks suffer most of the hits in turret, making the turret as small as possible a priority in order to complicate things for the enemy. Hits in the turret do put the crew at risk as well and so the proposed solution provides the crew with maximum protection from enemy hits by placing it in front of the vehicle, together. 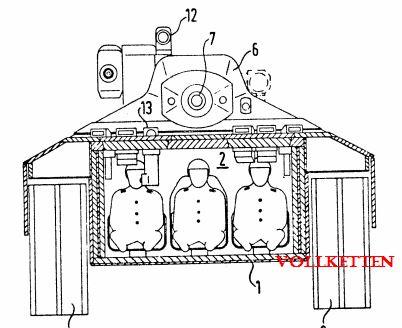 There are no exact data for the vehicle available – the problem with German archives and such is that pretty much everything more modern is secret or “Bundeswehr only” and thus, it cannot be published. It’s however an interesting insight into how the German engineers were thinking.