in the last part, we talked about the Škoda T-12, an improved version of the original LT Vz.35. Today, we are going to have a look at the ultimate evolution of the Vz.35 series (and possibly the best descendant of the original Vickers ever designed), Škoda T-13M. 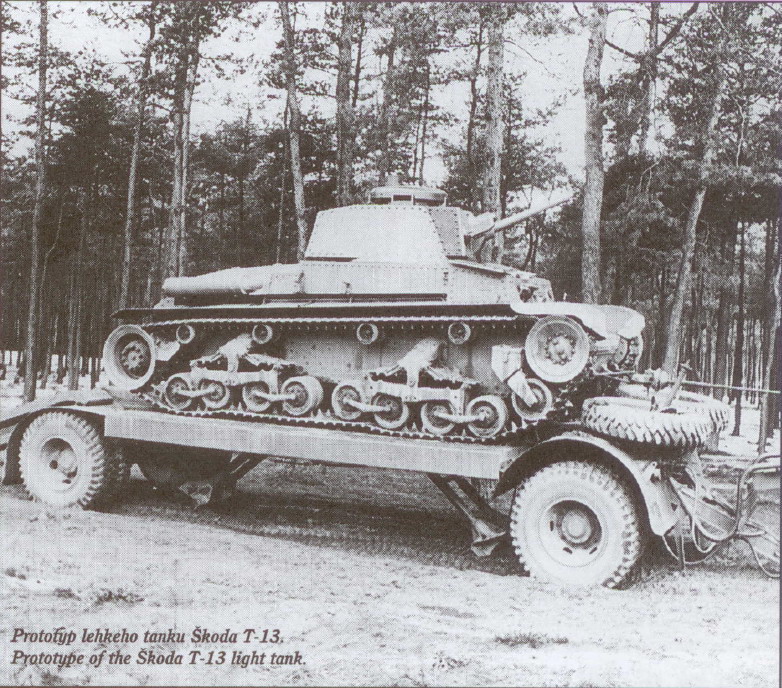 As noted above, Škoda T-13 was derived from the original Š-IIa (LT Vz.35) and was the most advanced version of the tank ever built. Its advantages were its stability, relatively smooth running, track durability and the fact the tank was very resistant to throwing a track and – last but not least – large, roomy and comfortable fighting compartment. Relatively, of course.

The vehicle responded to the wartime shift in supply lines as well and used more of the molybdenum steel instead of the older chrome-nickel alloy. The armor was strengthened as well to the following values:

What made it different however was the fact that instead of using compressed air to shift gears and steer the vehicle, the steering and gearbox were purely mechanical. That was the reason why the vehicle was designated with the letter M, as in “mechanical”. Additionally, the vehicle had an advanced steering system for smooth steering and turning on the spot (neutral steering) and the gearbox had a pre-selector. Engine watercooling system was improved as well and so was the air intake of the engine – the air (unlike in the previous models) was no longer streaming through the combat compartment, annoying the crew (this was no useless feature – some of the American tanks had the same issue as late as in 1945, making the life living hell for their crews in the harsh Ardennes winter). 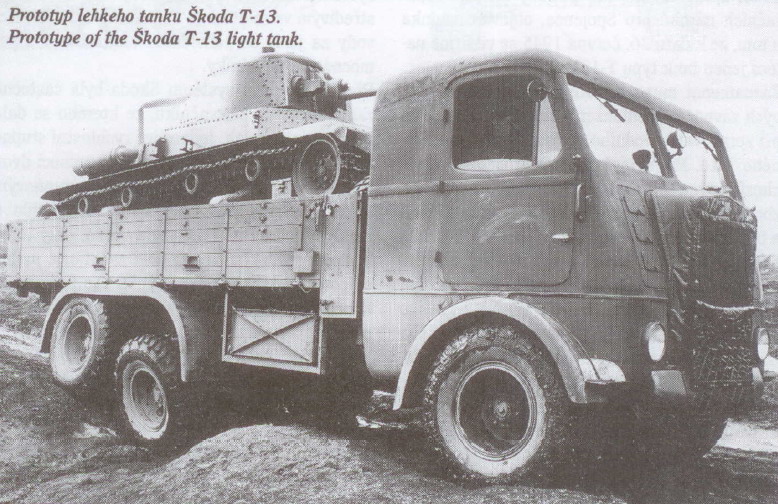 The decision to make a prototype was taken in Spring 1940, but given the wartime production and its needs, this project went anything but smoothly and the vehicle took practically an entire year to build (in March 1941, it was reported that the prototype was built and trialed). The documentation about the trials however is very sketchy and the Germans were apparently not interested in what they saw as a development of an obsolete platform, so nothing really came of it.

Strangely enough, the prototype T-13M actually survived the war (it’s listed amongst the vehicles present at Škoda in July 1945), but its further fate is unknown, it was likely scrapped straight after the war, as many of other wrecks and prototypes.

One more LT vz.35 improvement project existed, but it never got past the proposal stage. It was designated T-14 and it was built upon the T-13M platform. There were however improvements. For one, the vehicle was heavier (the armor was like on the T-13), it was to weigh 12,95 tons. It was to be armed by a 47mm Škoda A11 gun (quite powerful, capable of penetrating 50mm at 1000 meters, which was quite good for its time) and its main “selling feature” would be the fact that the design was “tropicalized” for the use in Africa (improved engine cooling, ventilation, better combat compartment sealing, improved engine and ventilation dust filters, heat-reflective paint). However, the Germans at that point preferred the development of the advanced Škoda T-15 light tank and were not interested in this design. No prototype was ever made.