so, this is it. After months and months of waiting, another patch with new vehicles is finally here. In the immortal words of Tychus Findlay: “Hell, it’s about time!”

The best part of course is WHAT new vehicles are we getting, but I’ll get to that. First things first.

The installation of the patch was uneventful and the server wasn’t even overloaded with players (that will come tomorrow I suspect), so I got on straight away. No problem. After logging on, one interesting thing immediately caught my eye: there is a small tutorial screen, explaining the new garage interface. Rather practical I’d say. No worries though, the interface is relatively intuitive, although I did have to look around once or twice. Old habits die hard and when you get used to click on one place for years… well, you’ll see. This is how the interface looks: 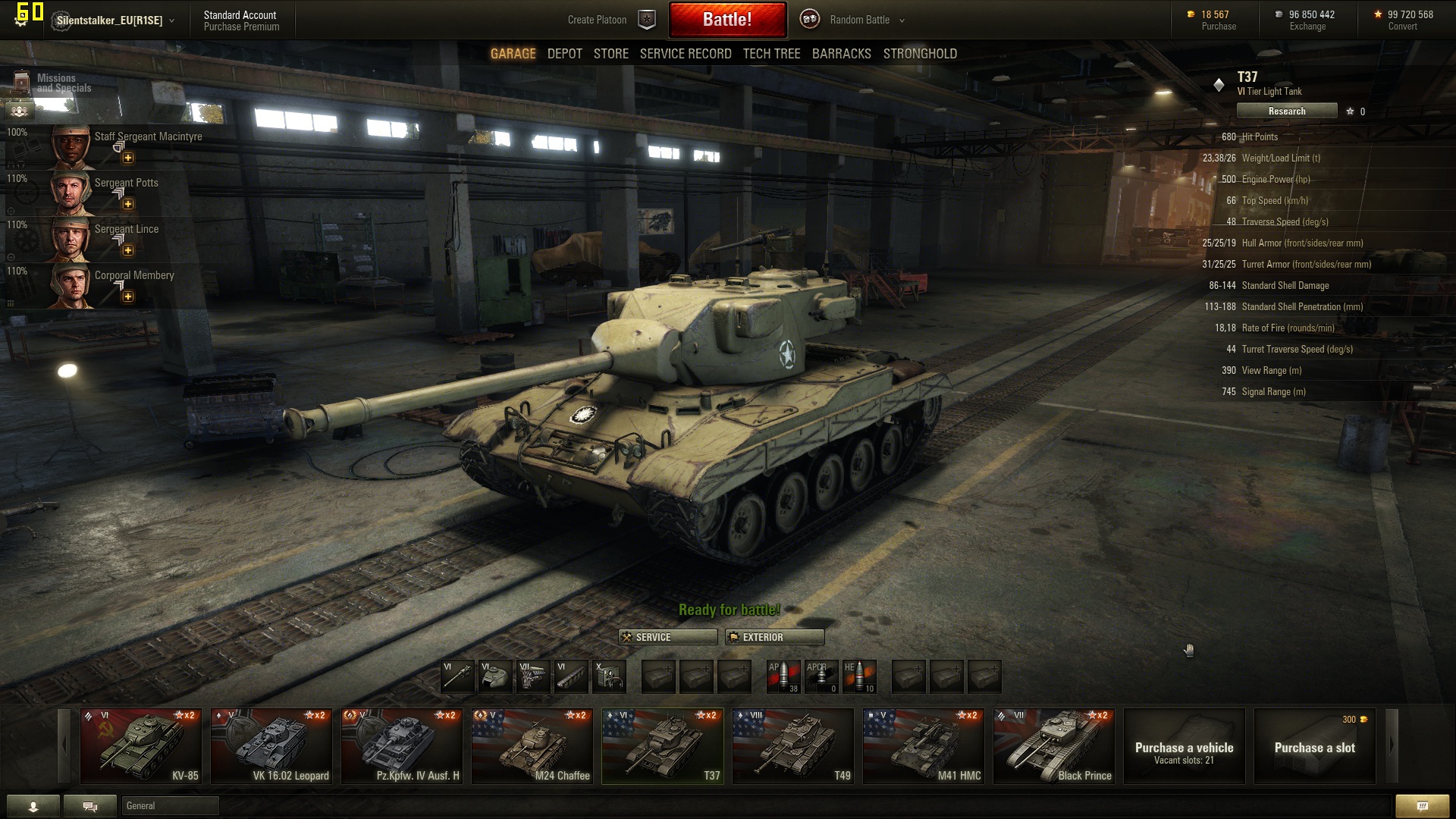 Well, I wasted no time and got straight into testing the new vehicles. I even made some videos, but that will come tomorrow, in feedback part 2 (takes a while to edit), so words first. The new vehicles I tested are:

You have seen that already, so I’ll move straight to impressions. This is how the trees now look in 9.3:

Testing the light tanks on test server is pretty difficult, for obvious reasons – everyone else is playing a light tank as well, so you don’t really get to do much “scouting” – you spend your time fighting most of the time. Naturally, this is good to test the combat capabilities of the vehicle, but recon… not so much. Still, did my best. My “experience” with light tanks is not extensive, but consists of reasonable amount of battles with the old Chaffee. I tested the AMX-13/90 to get in “the mood” as well. Anyway, this is how an average battle looks right now: 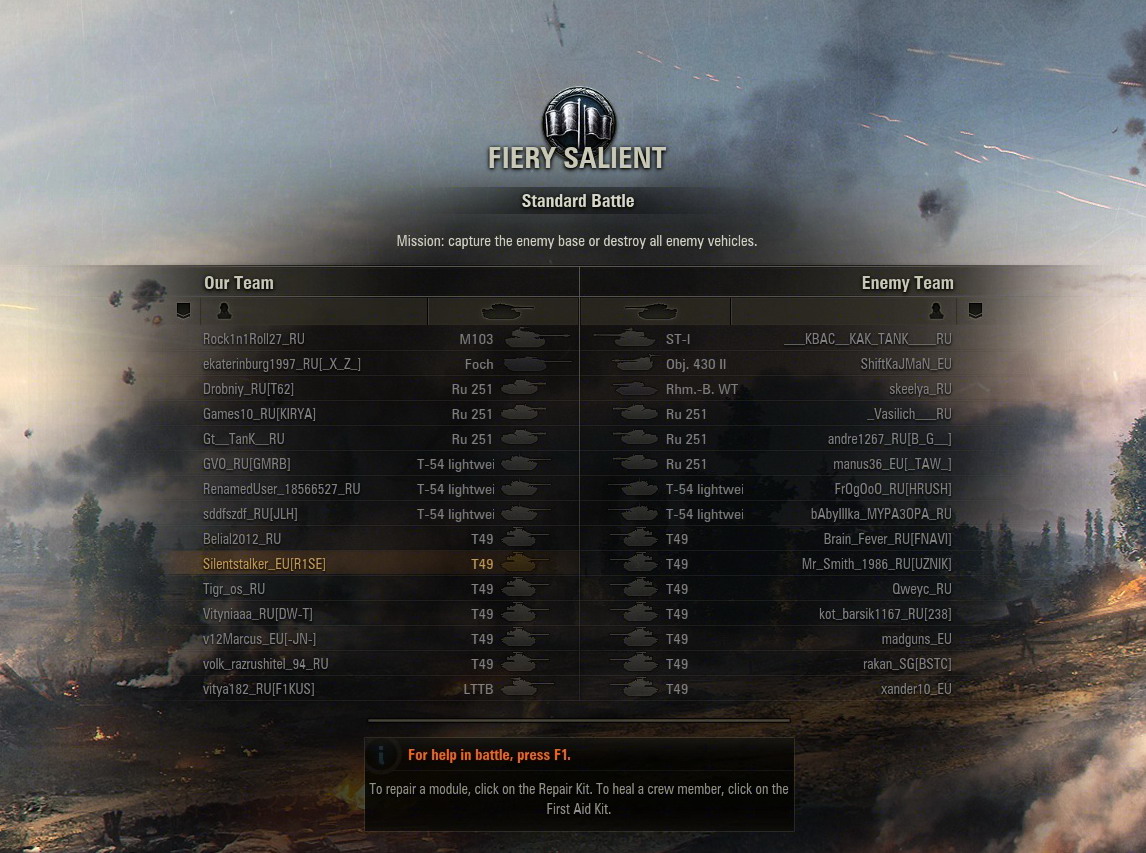 Notice one thing: the name of the T-54 “Lightweight” is way too long. I am quite sure this is a bug and will be fixed eventually. 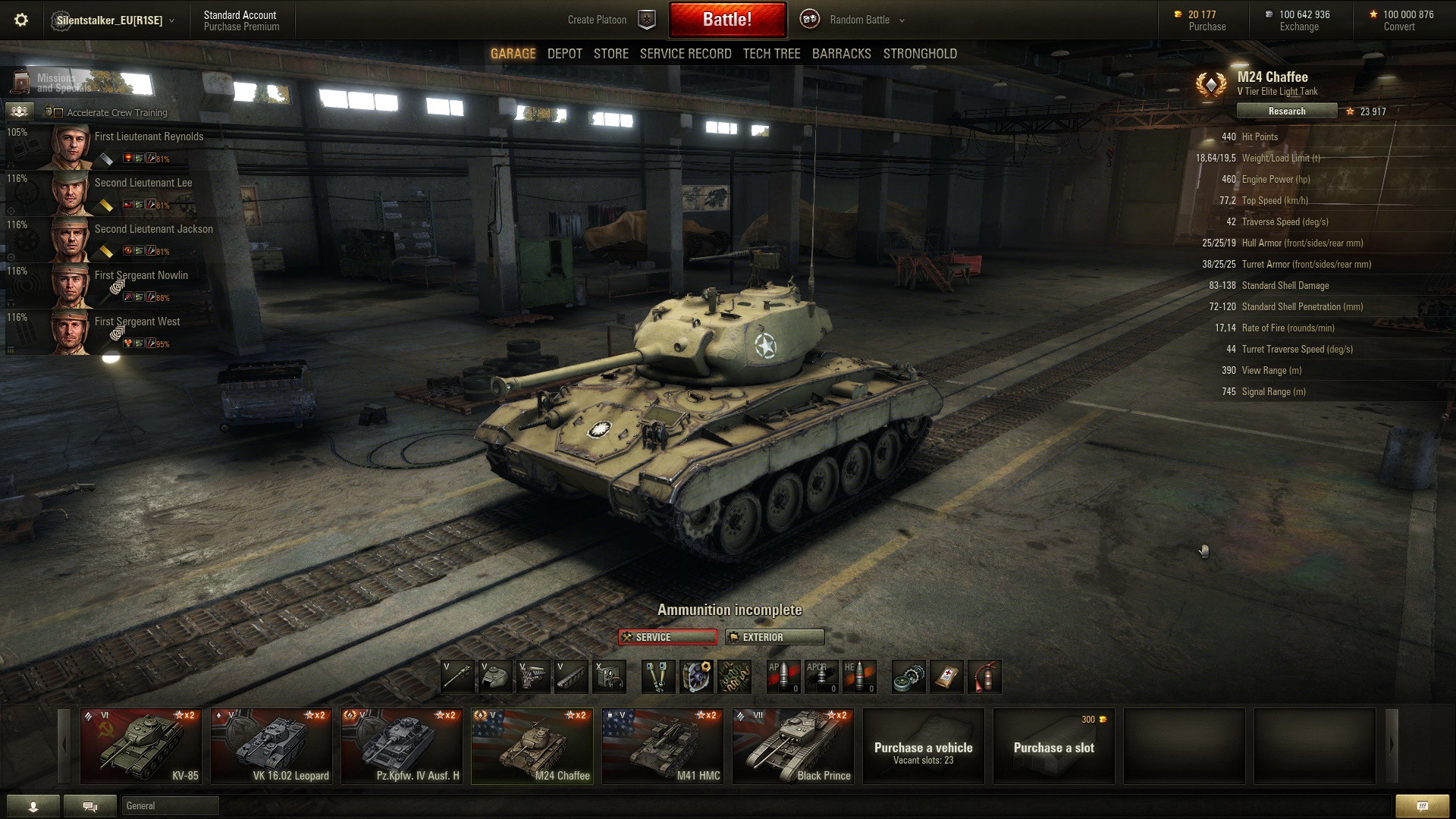 The new Chaffee is awesome. Sure, they nerfed accuracy and whatnot, but now it’s lower, sleeker and fast as hell. I am seriously considering keeping that vehicle. The old Chaffee we have now has (apart from the atrocious oldschool MM) this feeling as if you are artificially slowed down by its maximum speed. With the speed buff up to 70 km/h, the new Chaffee snaps the speed very, very fast. The gun is sufficient for its tier – fighting a horde of enemy light tanks, you will not have any trouble defeating for example a LTTB – if you get to circle around it (and he is stupid enough to let you). In elite state the vehicle is extremely nimble and is pretty much everything you would expect with a light tank. It is my impression that its camouflage got somewhat buffed, because I managed to stay hidden even during some really close encounters. After a couple of battles, I was not really able to determine any major flaws – sure, it’s a light tank, so you won’t be eating enemy mediums for breakfast, but circling with it around the enemies is very easy and I generally really liked it. 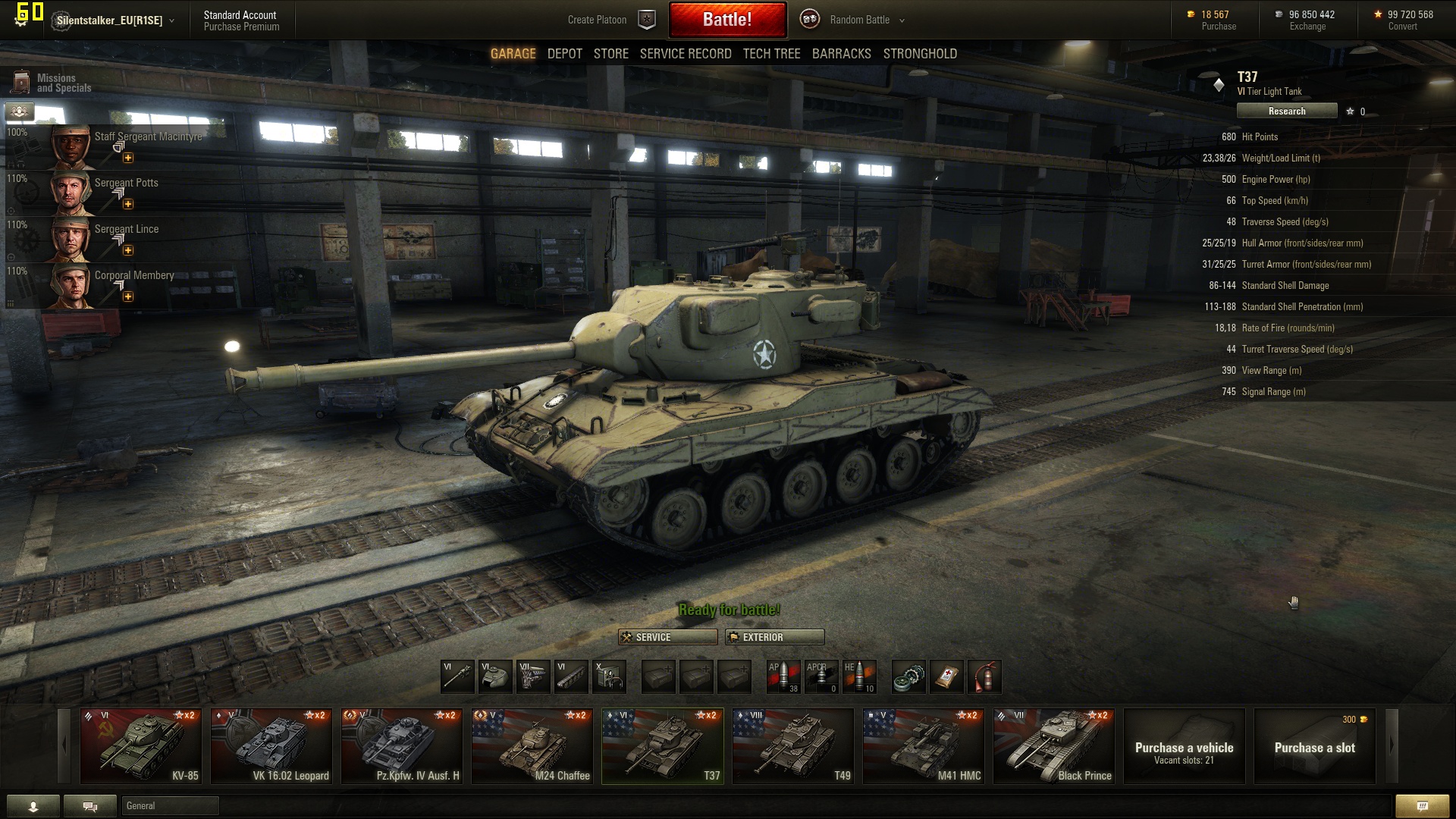 The T37 is the new tier 6 light tank. Personally, I do not like it much. It’s somewhat less maneuverable than the Chaffee and feels… I don’t know, sluggish. It’s equipped with an assortment of 76mm guns and while they are not terrible, they are certainly not the most captivating weapon set out there. The tank is… I don’t know… okay. Not very likeable. It has one nasty feature – it is very tall and I had problems staying hidden with it (of course, not a problem when you are fighting a team consisting entirely of light tanks – chances are they will spot you earlier than the average team on live server), but compared to the Chaffee, it felt like a downgrade. Overall, it plays like current 9.2 tier 5 Chaffee, just with less meneuverability. The gun depression is quite good too, you’ll be able to hold your own. But… something’s missing. 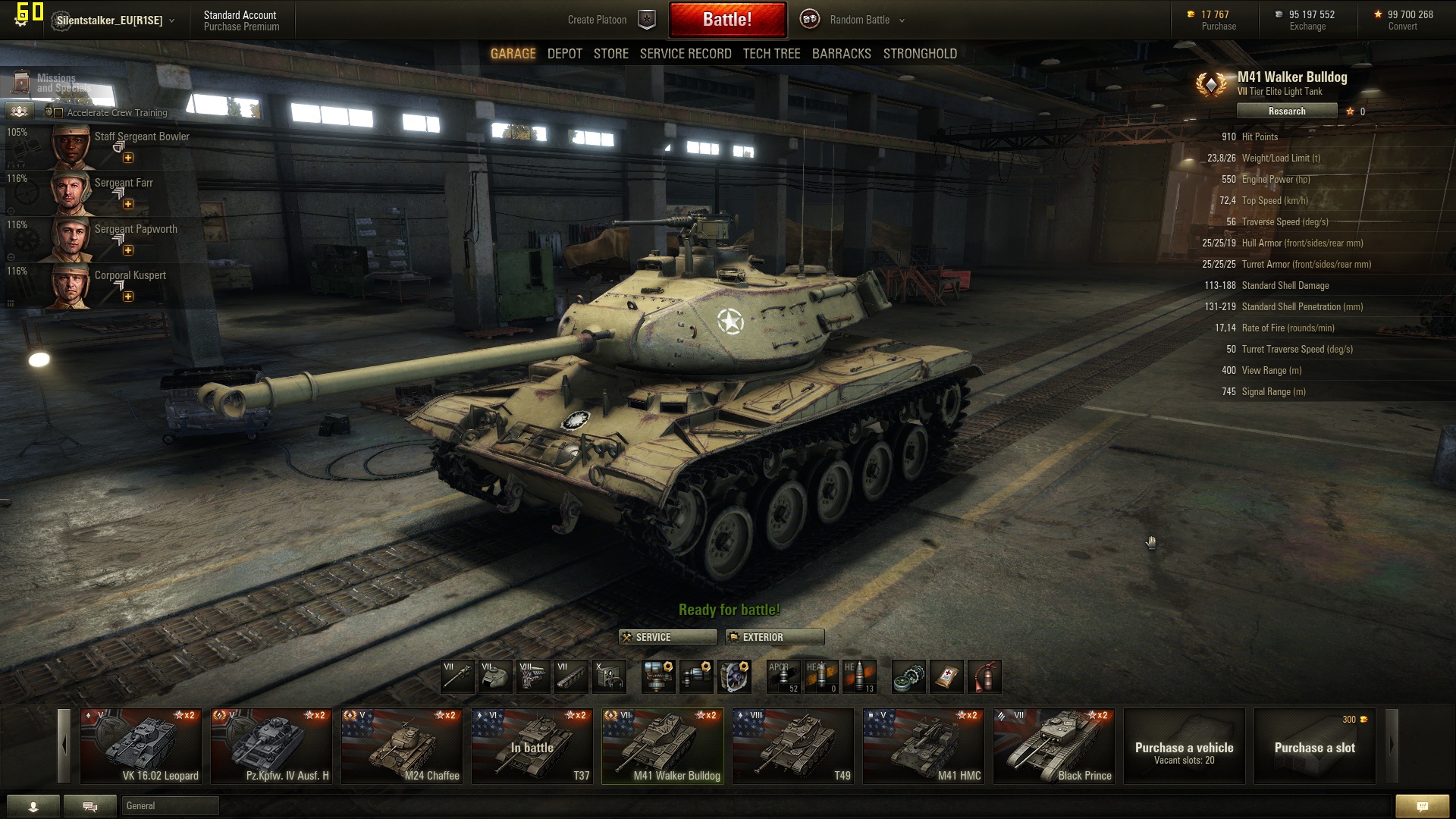 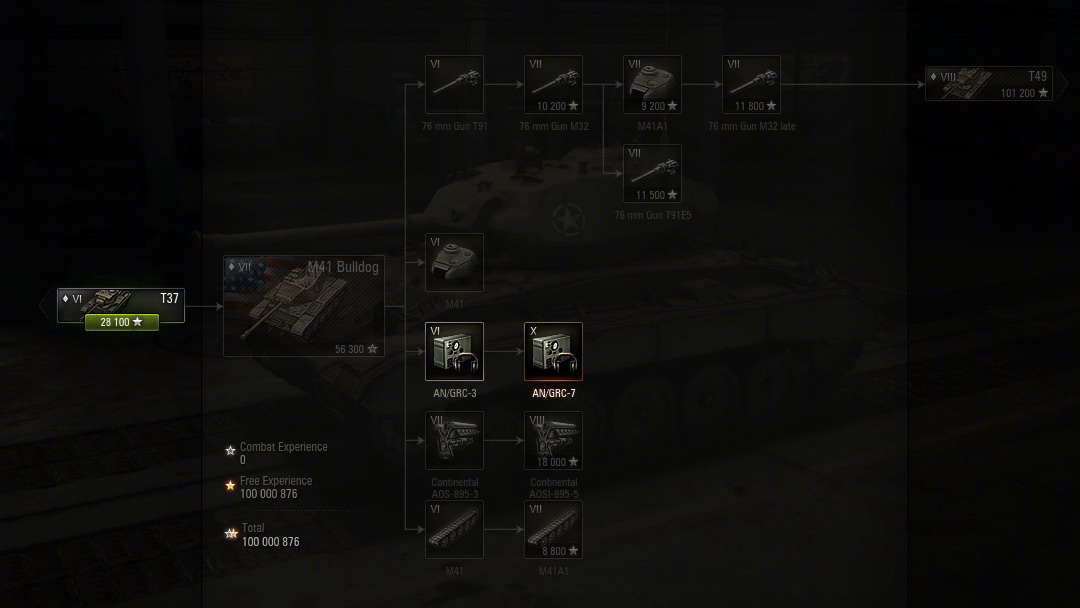 Walker Bulldog is INSANE. It’s absolutely awesome and it’s a complete pleasure to drive. I guess it comes from the combination of the old American comfort, good firepower and awesome mobility. This tank is FAST. And I mean FAST – and nimble too. It feels superior to the AMX-13 in practically every aspect (save maybe for the size, it’s quite large for a light tank). The gun is also 76mm, but with its decent penetration and soft stats, it does its job well. The autoloader gun, although inferior in aimtime and accuracy, has an awesome cycle time and you’ll chew up any light (or lighter medium) tank you’ll meet. Actually, I do think this vehicle is a bit overpowered. Maybe more than just a bit, that autoloader gun definitely needs to be toned down a bit, perhaps by losing two shells in the clip or something.

The vehicle has a very good view range and I really enjoyed trying to scout with it, but, as can be expected, it’s fragile – in fact, I think it’s even more fragile than the AMX due to its size, but the maneuverability is good enough to get you out of trouble – or in it, if you are so inclined. I must say that unless they nerf it to the ground, I definitely will be getting this tank. Eventually. 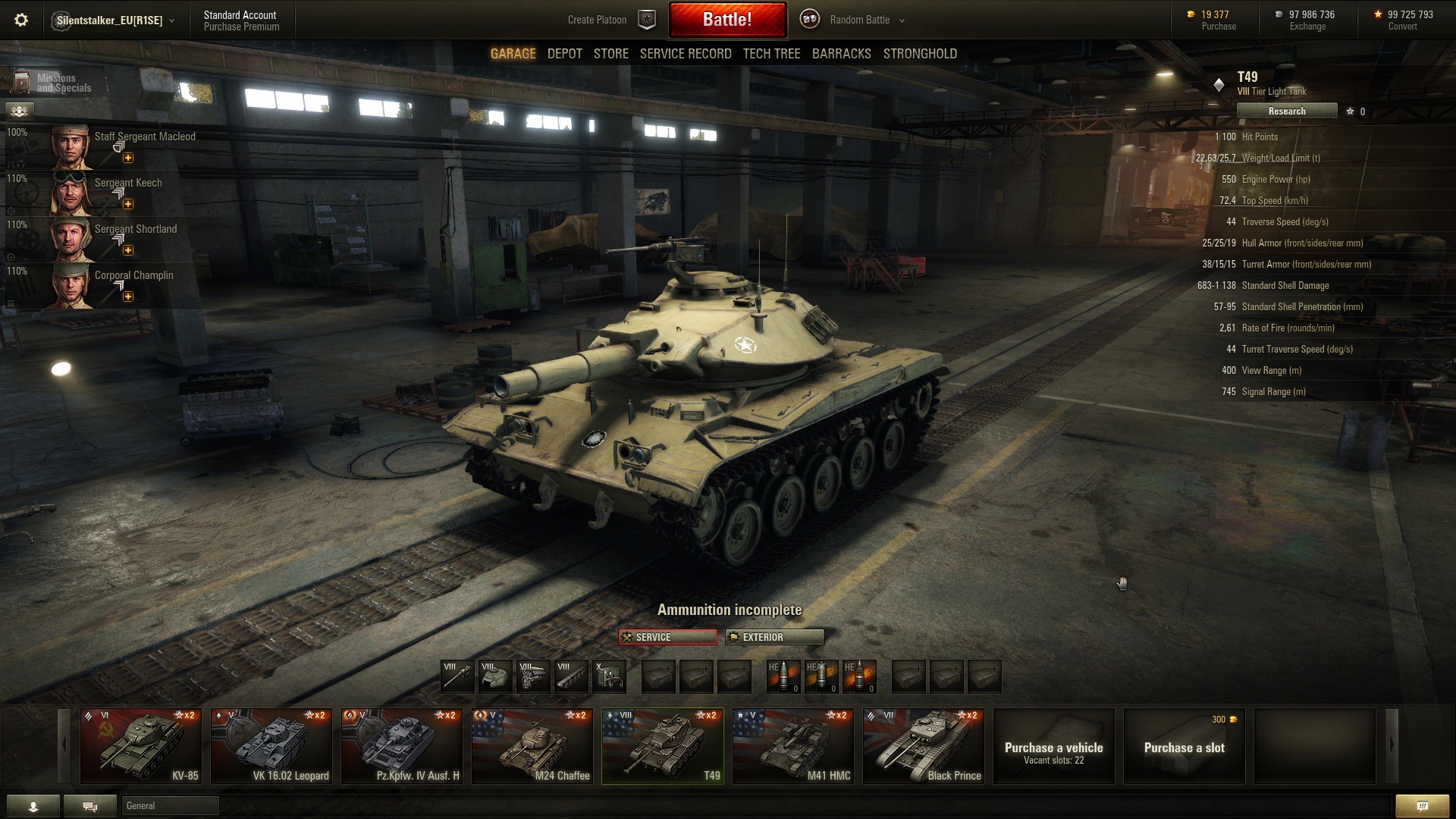 Well… we waited for it and here it is. The T49 – or perhaps should I say the XM551 Test Bed (because the elite configuration has historically practically nothing to do with the T49 at all). Aaaaaaaaaaand….

Yea, you guessed right. It’s sort of a disappointment. This is how the reload screen looks: 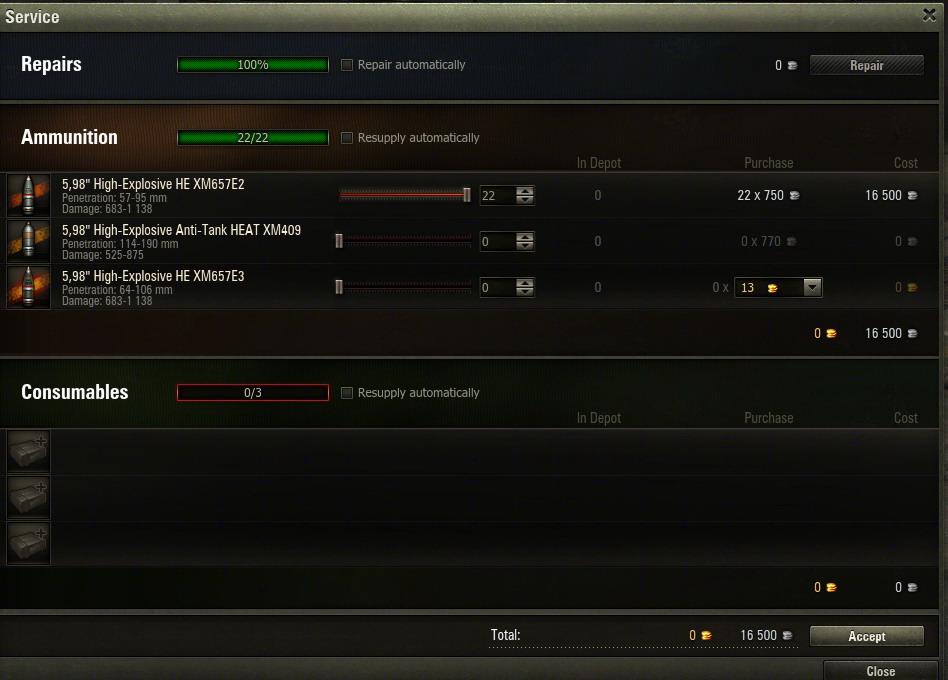 And this is what equipment can it use:

The vehicle itself has two major flaws. First, it’s sluggish. Really sluggish, considering it’s a tier 8 light tank with practically no armor – it is literally a one trick pony, depending with its performance on the ability to remain hidden and its massive 152mm gun – two traits that do not go together well.

As I wrote, the tank does not really move well, so it’s likely pre-destined to be some sort of passive scout. Its camouflage, from what I tested a little is okay, it works, but again – the gun is a problem. The blast demasks you completely – if you fire, a half blind artillery on the other end of the map with its entire crew dead will see you. It’s really bad, basically in hightier matches, you will be reduced to pure scouting (or scout killing). I wrote the other thing intentionally, because this vehicle does kill other scouts rather well. It has a lot to do with the fact that you can reduce a tier 8 light tank to 20 percent (or in extreme cases, oneshot him) with one shell. The gun is terribly inaccurate and you won’t be doing any sniping with it (hopefully), but if you position yourself well to intercept any incoming scouts and manage to catch the speed (remember, sluggish vehicle), you’ll eat him for breakfast.

What I noticed is the tendency of enemies to somewhat ignore this little tank in matches, that were not full of enemy scouts. Basically, their scout tries to reach arty at all costs, you pursue him, fire off that massive gun and if you are close, you hit him, reducing him to 20-30 percent (plus some juicy crits of course). At that point he will realize he’s fucked and he will turn on you, but it’s too late, unless you miss, he’s toast.

The gun however is quite unpredictable. I had a match where I missed a RU251 twice in a row at like 20 meters (naturally, after such “performance”, he killed me). I think this vehicle will find its niche in killing scouts and dagger thrusts towards enemy artillery (again, in one match, the T49 managed to knock down 2 artillery vehicles before it was killed by a suicide rush), but against hightier vehicles, it will be sort of pointless (the HEAT penetration is insufficient against anything of tier 8 and above – if you hit (big IF!), it will bounce). The 90mm gun without gold ammo seems utterly pointless. With gold ammo, it’s a killer, but it’s expensive to operate and few people will do that I think. Definitely a gold eater.