Originally I was planning to write the third part of Japanese tank destroyers, but quite a bit of fire from other locations has made me decide to add fuel to the fire. On the one side I’m considered a traitor for not giving Japanese tanks all possible advantages (such as the Chi-To engine), on the other side I’m some Japanophile who would do anything to fool WG into believing overbuffed information. Obviously I’m neither, but let’s see how it goes.

Chi-Ri is quite a problematic vehicle. It is essentially a larger Chi-To with only the autoloading gun being its advantage. It has barely enough engine power to cover the large weight, no armor to speak off (for a Tier VII medium), and a size which defies the idea of a medium tank. All in all, it is at most a 6.5 tier vehicle, just barely surviving.

On my various business trips to Japan earlier in May, I found the articles mentioned in the Chi-To article and gave them to the necessary people, resulting in its being known in WG ASIA by late June and picked up by WG_Phalanx (WGJP military adviser) for translation and transmission to WG Minsk in July. Unfortunately, with several issues exploding in early June, I lost quite a bit of will with research in general, and focused on finalizing various elements of the tank destroyers (thus the TD articles). It was only in September that I came back to medium tanks, and got the will to write “Buff My Tank”.

Unfortunately, I was unable to get anything on Chi-Ri, despite it being the problematic daughter. Likely it is due to my looking at the wrong places within the limited time I had, but either way it was always nagging me in the back of my head. Along with a few incidents in June, I lost quite a bit of will with research in general, instead focusing more on reviewing things.

Thankfully, someone found a chart of tank specifications made in August 31, 1945, and posted it in the above mentioned WG ASIA thread. It is the following: 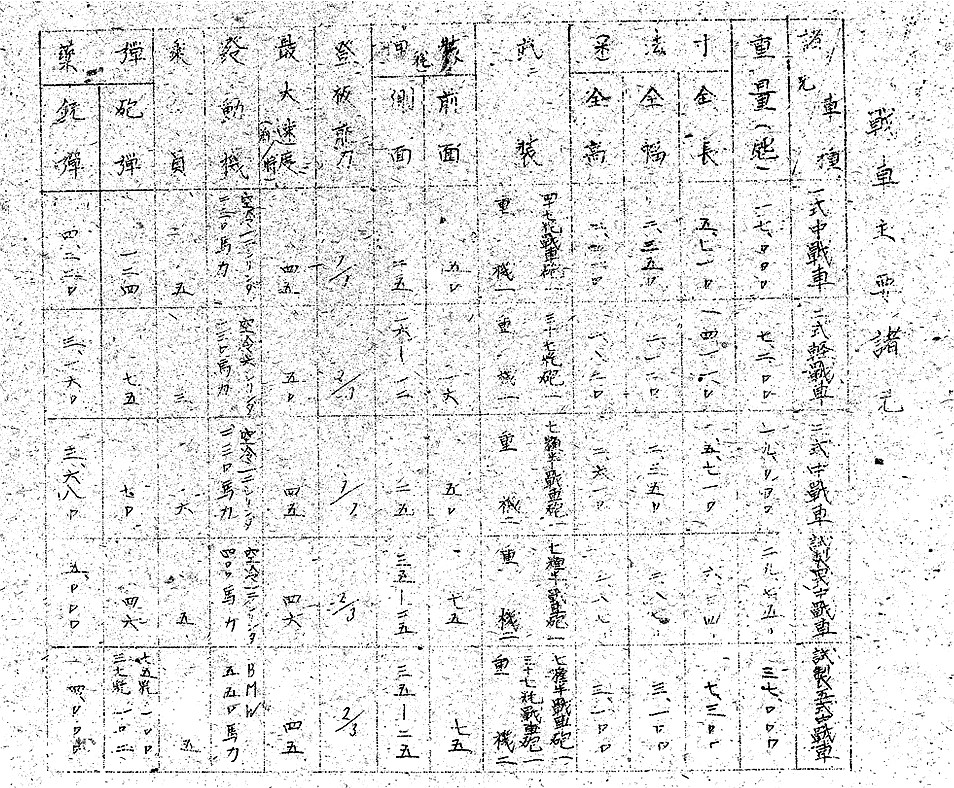 A bit hard to read, but essentially the last row states that “Experimental Type 5 Medium Tank” had a combat weight of 37,000 kilograms. This is quite different from the current 42.26 tons in the game, leading to a 12.44% reduction in weight. The result would be a power/weight ratio of 14.86 hp/t, nothing outstanding but decent enough for the horrible mobility it currently has. We also have the additional bonus of reconfirming Chi-To’s combat weight.

Of course, since armor and size are not going to change (historical accuracy and all that), we’re going to need more than just a 12% increase in mobility to buff Chi-Ri. That is where penetration buff comes in, using the earlier chart from the Chi-To article: 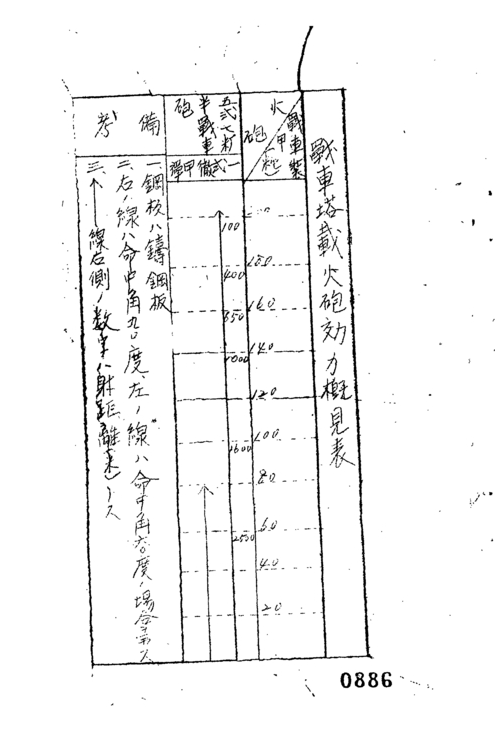 Because some people were having trouble understand the significance of this chart, I’ll re-explain it:

So, we have a buff from 124 mm to 140 mm. One might ask how there is such a difference between 1944 and 1945. I mentioned that 1945 ammo quality had gone up, with even the US military noticing it. Quite a few questioned this, thinking that I’m faking things. Well, the US wrote an intelligence report published in July 1945 specifically mentioning this: “Recent combat reports indicate that the quality of the 47-mm armor-piercing, high-explosive projectile has been improved.” With combat examples of Chi-Ha managing to penetrate Sherman M4A3 with relatively little trouble when compared to the legend of invincible US tanks, this shows clearly that APHE quality was certainly going up.

As a side note, apparently some people (due to faulty translations) were thinking that the discussion of test plate quality had something to do with increasing armor quality. It had nothing to do with such notions, since it was only explaining why the chart had a nominally outrageous penetration of 200 mm at 100 meters. Furthermore, I discussed Soviet test plates to show that for a country which did not have faulty manufacturing, plain steel plates were considered to have only 50% protection of RHA, compared to 70~80% RHA protection noted by the Japanese. To translate, Japanese RHA had 1.25%~142.8% more protection while Soviet RHA had 200% more protection than steel plates when used in tests. This is not some “Japanese steel was superior than Soviet” that some people with English comprehension issues believed was what I wrote.

As you can see, we cannot do anything about the size or armor of Chi-Ri (since those are hardcore historical specifications), but we can certainly reduce the weight and increase penetration. Combined with the “unique” autoloading system and Toku Kou/Otsu rounds, Chi-Ri should be able to finally hold its own when used by the average player. It took a while for this to be organized, but as I said, new things come up every day. It is up to us to find them.