yesterday, as you probably noticed, a new premium French vehicle (AMX-13/57) was leaked. It’s basically the same old AMX-13, only equipped with a very long AMX-13/57 cannon. There is actually very little information about the gun and the vehicle itself and it’s reasonable to assume that Wargaming simply “guessed” the gun values – the same, however, cannot be said about the AMX-13 armor.

With the introduction of the HD AMX-13/57 model, we can have a first look at how the AMX-13 armor will change in the game, when both the AMX-13/75 and the AMX-13/90 get reworked to HD. This is not just a speculation, as even though the AMX-13/57 hull is the early variant, the armor schematics for the later hulls are the same and thus, it’s reasonable to assume the armor of the AMX-13 tanks will be reworked to resemble the AMX-13/57 in HD. The turret might differ, there I am not quite sure.

If you are wondering about the history of the AMX-13/57 by the way, then yes, it’s historical – or, at least it existed in the plans and a mock-up was made. Very little is known about this very early AMX-13 variant, only that by the time the mock-up was ready (it never progressed beyond preliminary stage), the gun was considered obsolete and was replaced by a 75mm one (we have in the game). There’s exactly one picture of the AMX-13/57 and this is it: 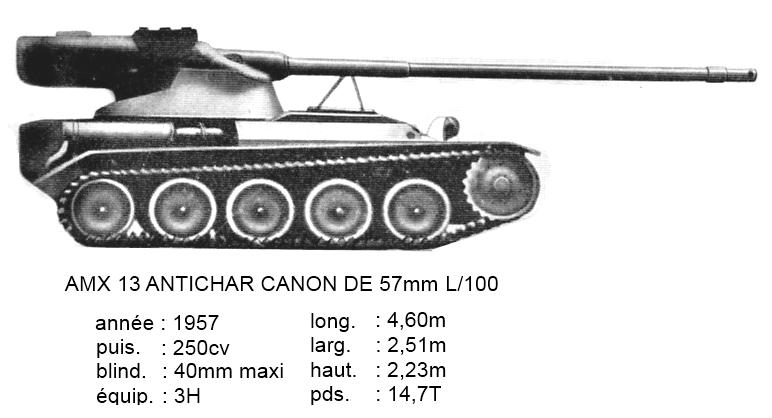 I assume the modellers managed to do it simply because they took the hull from the original AMX-13 and gave it a small visual overhaul. Anyway, to the armor – this is the AMX-13/57 armor: 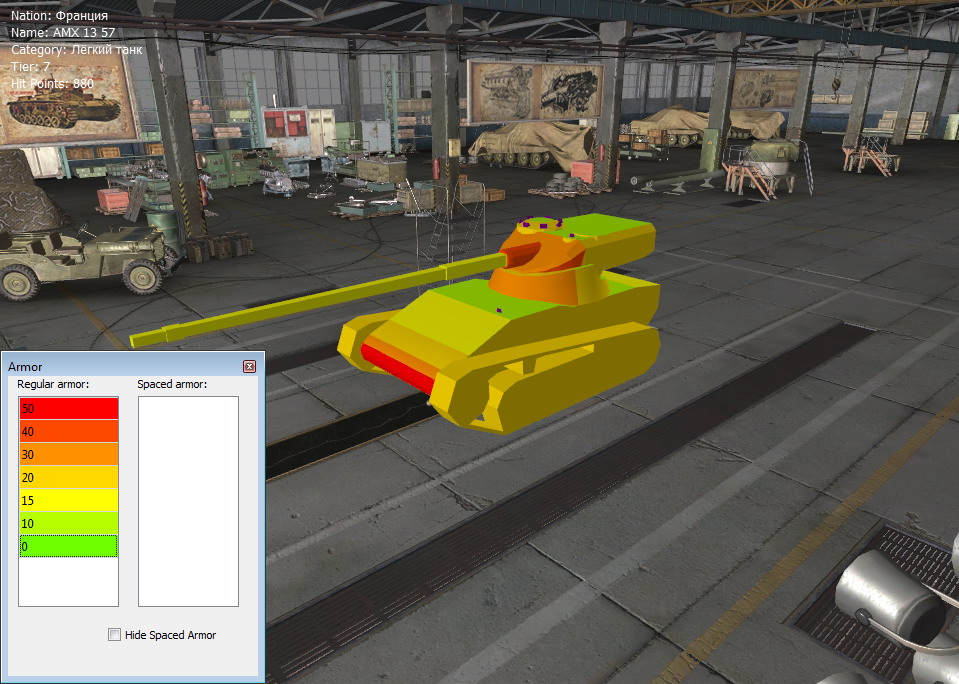 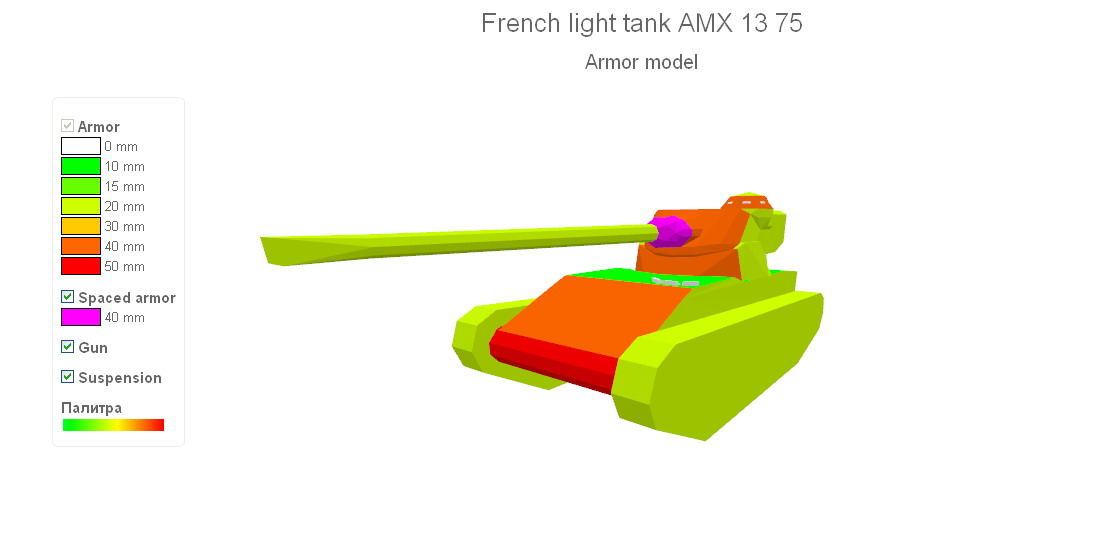 As you can see, the vehicle armor layout changed quite a bit. The 50mm strip of the frontal armor was reduced and the upper lower plate (instead of 40mm) now has layers of 30, 20 and 15mm. This is not as important because of the armor thickness itself, but it is for overmatch purposes: 15mm – that’s triple overmatch even from 45mm guns. The side armor seems not to have changed.

Overall, if they rework the AMX-13/75 (and 90) according to these specs, it’s a nerf, although how big a one, that remains to be seen.