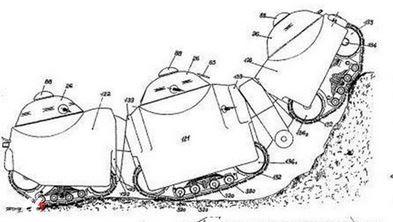 So, I like the odd, the quirky and the unusual. Delving into the patent archives, I have come across many weird and wonderful creations and ideas and occasionally, a few stand out. In this occasional series, I’ll post up some of the tanks and military vehicles you probably never heard of and in many cases, they thankfully never got built. Part 1 here will be about France, but don’t worry – this is not all France has to offer in this regard. So, if you like these, tell me in the comments what nation you want next and I’ll see what I can find. 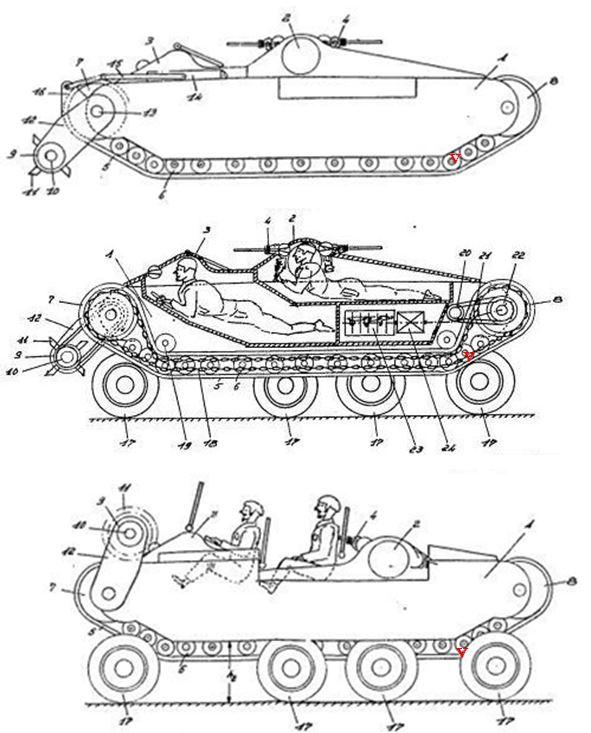 A design by Pierre Montel, Gabriel Voisin and Charles Ceecaldi from 1952. Specifically for a road combat vehicle with 30-40cm of ground clearance. Interesting to me is that even after the war, the idea of a wheel-cum-track machine to make the most of tracks for off-road and wheels for on-road was still being considered novel enough to try and put into a serious military vehicle, although those crew positions look decidedly uncomfortable. 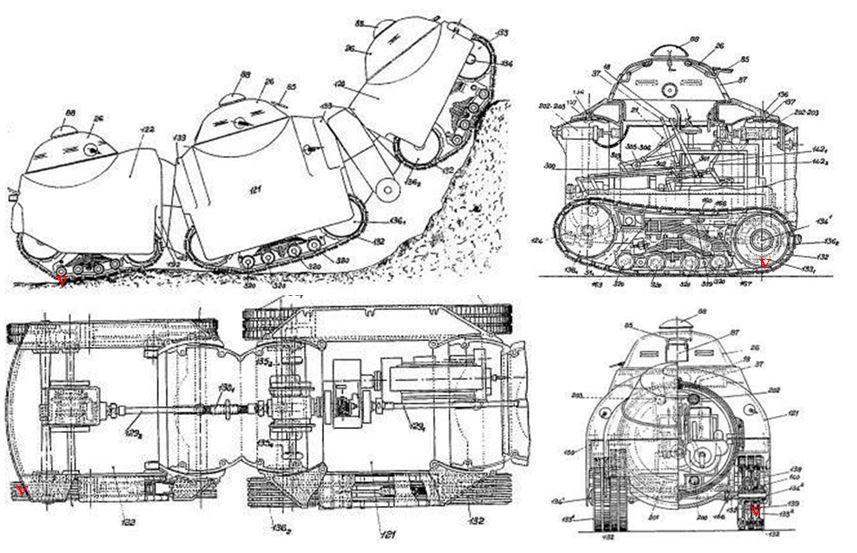 This ‘Assault Train’ by Victor-Barthelemy Jacquet from 1944 is a serious attempt to design a vehicle capable of crossing especially high obstacles. Somehow this vehicle looks 30 years too late to me.

This hilariously spring loaded spiked railing system which carried on the sides of a tank can be deployed to impale the enemy troops by Jeanne Labadie dates to 1940. Probably better this wasn’t even tried as its clearly not a viable concept. 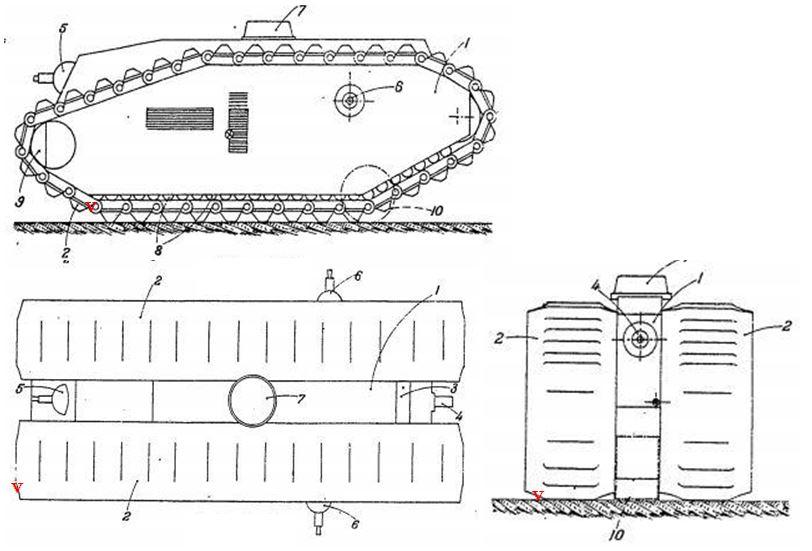 And now a serious and professional vehicle designer you may have heard of; none other than Louis Renault himself. Dating to 1939, this seemingly small tank is specifically designed to use extremely wide and very heavily armoured tracks to drive unharmed across minefields and to use the heavy tracks as armour for the vehicle by covering the majority of the frontal portion. I have to say I really really like this one. 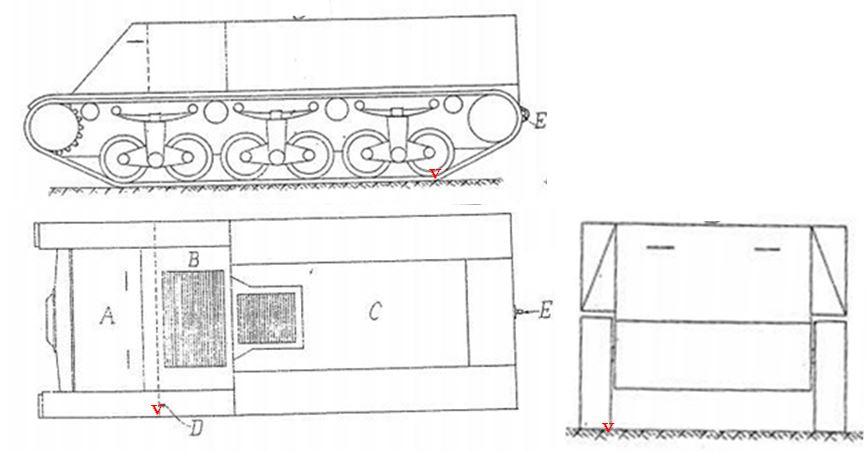 And this one looks downright sensible for once. An armoured command vehicle by Phillpe D’Estailleur Chanteraine, dating to 1940, with the driving space at the front and the engine directly behind. One can easily imagine a mounted weapon system being stuck in the back of this, had it been built in large numbers and I am informed that a plan for just such a tank destroyer/SPG version exists. This design was actually built and tested but did not reach production status. 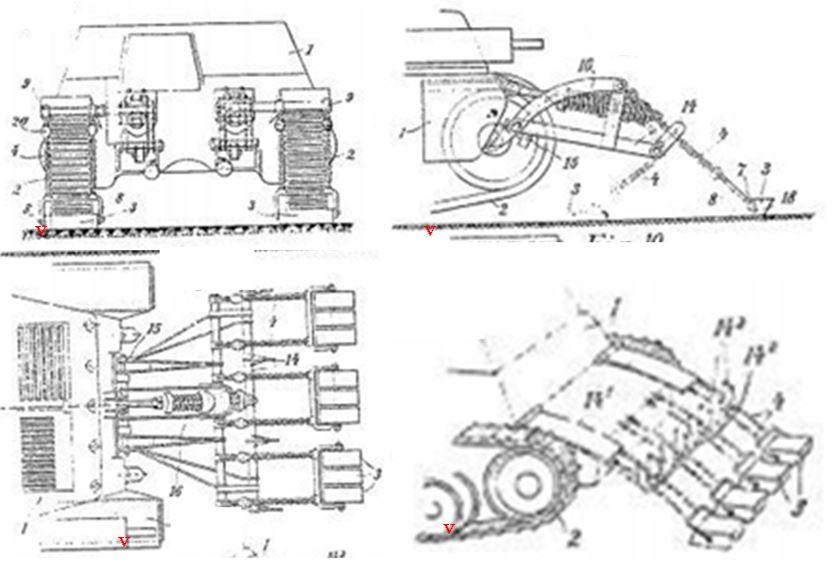 A device designed to protect tracks and following vehicles and to clear mines by Pierre Schwob from 1940 – and yet again, it’s not too silly, but 1940 wasn’t a good year for French military inventions. Even so, the Schwob system did reach testing phase in various guises by the French. 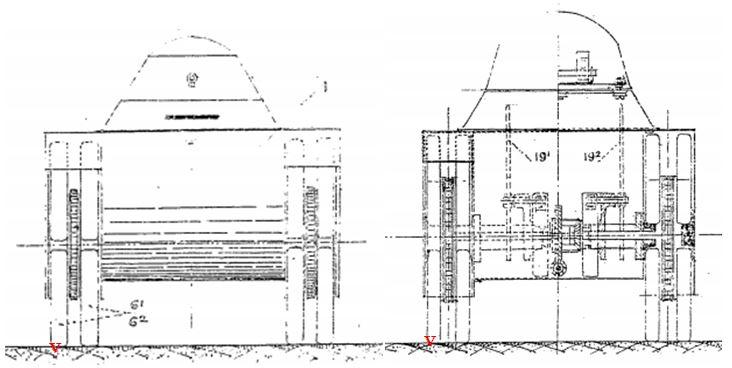 And we go full circle to yet another wheel-cum-track idea, this time from 1939, so it was still seriously considered to have some uses. The designer here is Andre Glass.