Thanks to the bunch of people who sent me the link :)

So, ASIA server had this competition, where you had to draw an… armoured persona. Basically an armoured vehicle depicted as a person. This is apparently a thing over there. Anyway, the poll was public and the winner was… unexpected. 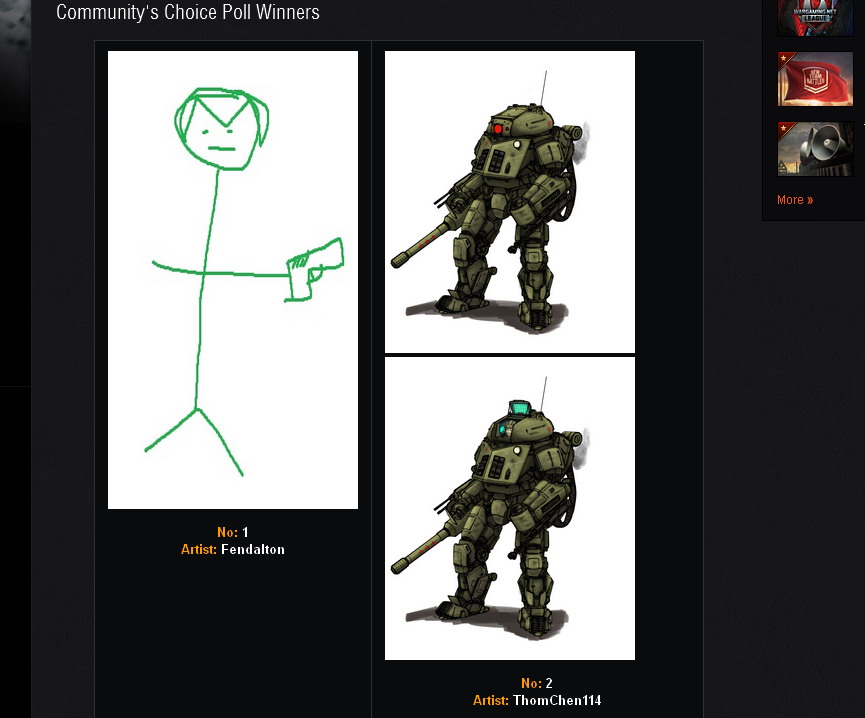 Yes, that’s a stick figurine winning an art competition. Now I’ve seen it all. Public votes are a wonderful thing.

83 thoughts on “Meanwhile on ASIA Server….”