everyone remembers seeing the end of WW2 in various documents and newsreels, but what about the regular people? What about the regions outside of Berlin where the final hours of Third Reich were drowned in Soviet and German blood? How did the end of the war look in rural regions? 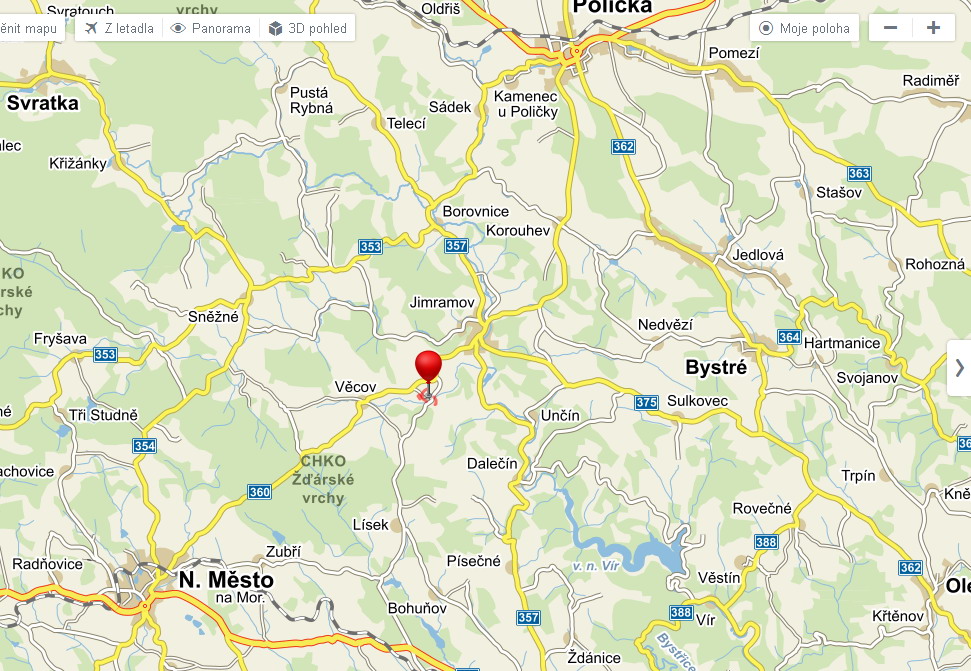 To find out, we are going to have a look at the except from a chronicle of the village of Jimramovské Pavlovice, as recorded by the village’s chronicler, Jan Krištof. You see, it was a tradition. Every town and village had a chronicler, who would write the events in the village into these really big, thick chronicles. I know this, because my grandfather was one. Sadly, this tradition died with him nearly two decades ago I think – it was never passed on to my knowledge. 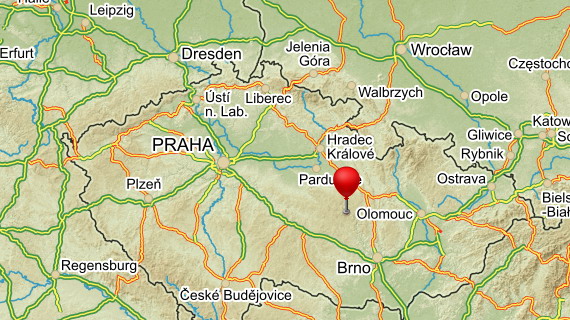 Following is the tranlation of the account how the chronicler wrote it down. Above, you can see the map with the location where the events took place.

An armed uprising against German invaders has begun in Jimramov. It started in the gendermerie station: two of our policemen disarmed the two German police officers and they are holding them in custody. Immediately after that, a Hungarian unit of cca 200 men was disarmed as well and the weapons and ammunition were distributed amongst the residents of Jimramov. The uprising is organized, its leader is J.Mrštík, a teacher. Letters were sent to all neighboring villages, asking them to send liaisons to Jimramov. In the evening, a letter arrived from Jimramov: to block the roads with fallen trees. We took axes and saws and went to cut trees down to all the sides of the village. No man has slept tonight. It’s raining.

In the morning, news came from Jimramov. A strong unit of Hungarian infantry was captured on the road from Polička with many weapons and a lot of ammunition. We all are going to take up arms. 10 men are leaving to patrol near Strachujov. We are expecting an attack of Waffen SS from Dalečín, where they have a garrison in the castle. Other men are armed and on standby. It’s still raining. The commander of the village is called Orlík, a reservist officer from Brno, who was visiting the village.

Two armored trains arrived from Rozsochy to protect the railway and the ammunition wagons. Some Hungarian soldiers have joined the uprising, setting up mortars and one light cannon in case Waffen SS attacked Jimramov. This attack indeed came. Roughly 40 cars, some armored is closing in on Jimramov, the patrols are reporting. SS units disembarked near Strachujov and are advancing through the forest terrain on foot. Our patrols started firing and the Hungarians fired at the column as well. First shot did hit the ammo truck, which blew up. The entire column turned around and started retreating. There are many partisans all around, they are not hiding anymore.

We are patrolling all the time in the village and through nearby hills. German scout plane spotted circling low over Jimramov and nearby villages. News from Lhota: a group of military cars approaching from Rozsochy, the soldiers are clearing the way of obstacles in the Pičulín forest. All the men with rifles went to Háje, we will snipe the road from there. The cars returned back to Rozsochy in the end. In the afternoon, an order came from Jimramov: “hide weapons, don’t shoot, retreating German army will be going through Jimramov to Nové Město – it’s over.” At 6 PM, the commander of the partisans, commissar Zhukov, came personally to repeat the order: don’t shoot, not even a single shot, no matter what happens. After a short while, we saw first Wehrmacht cars on the upper road. The raining has stopped.

The army is retreating. The columns of cars drive through the entire night. Noone in the village has slept out of fear of not knowing what comes next. In the morning, as soon as first light came, we were outside again, watching the road. Many interesting things there. The road was covered by an endless stream of vehicles of all kinds: heavy trucks, tracked and armored vehicles, personal cars, motorcycles and other mobile military materiel. Sometimes a machinegun fire sounds as the order to move forward and the entire column starts moving again. The cars, that ran out of fuel or broke down, were pulled from the road to the field and the soldier troops were destroying them with explosives or burning them down. Stacks of black smoke were rising from the burning cars to the sky, ammunition was exploding, sounds of hundreds of engines and amongst all this, infantrymen were marching, torn, dirty and tired. The road gets clogged more and more. The vehicles are now not only on the road, they are going parallel to it through the fields and meadows. Flights of Soviet planes flying over the road made German soldiers scatter to the fields. The planes were however flying further on, dropping their bombs somewhere near Nové Město. We heard loud explosions.

On 9.5.1945, the planes of the Red Army bombed the retreating German forces in Nové Město na Moravě. The reason for this remains a mystery. The Germans were not resisting anymore and were mostly unarmed. It’s also a mystery as to why the bombardment happened amongst the civillian houses.

After a while, the column starts moving again. Cars and tanks are both driving downhill to Pavlovice, through the alley into the village and further on to Míchov and Lhota. It’s almost noon and then it happened: wild gunfire erupted, people who are outside are running home. Two SS men are riding through the village on a motorcycle with side car, firing at every civillian they see. The village is immediately empty, the column goes forward undisturbed. After a while after the shooting ended, some citizens came out to see what happened – they found out that 6 men were missing. The car column is now more spread, only single cars are driving on. They are followed by cavalry and supply units. These soldiers are mostly unarmed, they threw away the weapons as pointless burden. A few of the men and women went out to look for the missing people.

One of them, 39 year old Emil Troják (farmhand, living in house no.42) was brought home a short while ago, seriously wounded to his chest, saying that everyone else was dead. The missing were found near the village, all dead. They were:

Seriously wounded Emil Troják died after a few days in the Polička hospital, where he was taken. They were brought to their homes, which they left, unsuspecting. It is a heavy tax of blood and sad result of this day. The way the road looks now has changed. Cavalry instead of vehicles. Horses and more horses, there are thousands of them. The soldiers riding on the horses are each leading another, reserve horse next to then. The horses are running free in the meadows and grazing on the wheat crops. There are many German civillian refugees amongst the soldiers, including German farmers from as far as Wroclaw. There are entire families with children on the wagons, with blankets, clothes and all sorts of things piled up in haste, as they were forced to flee from the front. The line of them seems endless. Night has fallen and the darkness prevents us from seeing the road anymore. We are patrolling through the night in order to prevent fires.

There are still wagons with refugees on the road as well as last of the cavalry units. Before noon, a different group of soldiers arrives from Míchov. We are excited that the Russians are coming, but they are only Romanians, that reached the village in the evening and through the night. Romanians are – often brutally – demanding a place to sleep and food. All the men are up throught the night patrolling with rifles, settling the disputes between civillians and soldiers, who are burning fires, using up chopped wood from the meager villager resources of the poor villagers.

Vehicles, left by the German army

Around our house no.13 there are nearly 100 wagons of the Romanians. Wagon on wagon and horse on horse are stacked together. The soldiers are feeding the horses, in the afternoon most of them left – we were left with piles of horse manure and mines and ammunition scattered all over the place. A part of the soldiers left to each house to live there in groups of two or three. Three men – Roman-Catholics were buried today – J.Procházka, J.Dobiáš and A.Dufek. The burial proccession had to use the field road towards Jimramov, as the roads were clogged with the Romanian army.

Two more fallen citizens – protestants – were buried today: J.Totůšek and J.Němec. Strong groups of Romanian army are still on the road, they are camping in the fields and forests and the horses are grazing on the meadows, they even graze on the wheat. The soldiers are moving – as soon as the horses graze all the grass, they move on.

So much for the account. An interesting thing though – the German army, although defeated, still had a LOT of armored vehicles and guns at their disposal. These are the pictures, taken through the region:

Captured German vehicles, brought to a yard near Jimramov.

28 thoughts on “End of the War at Jimramovské Pavlovice”