once again, Yuri Pasholok dug something interesting out of the depths of Russian MoD archives. In the autumn of 1942, a bunch of Soviet design bureaus were busy with creating a light self-propelled gun. Various designs were submitted and amongst them was this one, made by Factory No.92 under the leadership of V.G.Grabin. Grabin was a famous Soviet gun designer – his team developed for example the 76,2mm guns F-22, ZIS-3 or the 57mm ZIS-2. His “SU-76″ class project recieved the designation of IS-10 (not sure why) and the design embodied the principle he liked to use very much: re-using existing components as much as possible (in this case it’s a T-70 light tank hull and ZIS-3 gun) while keeping maximum firepower confined to the smallest chassis possible. 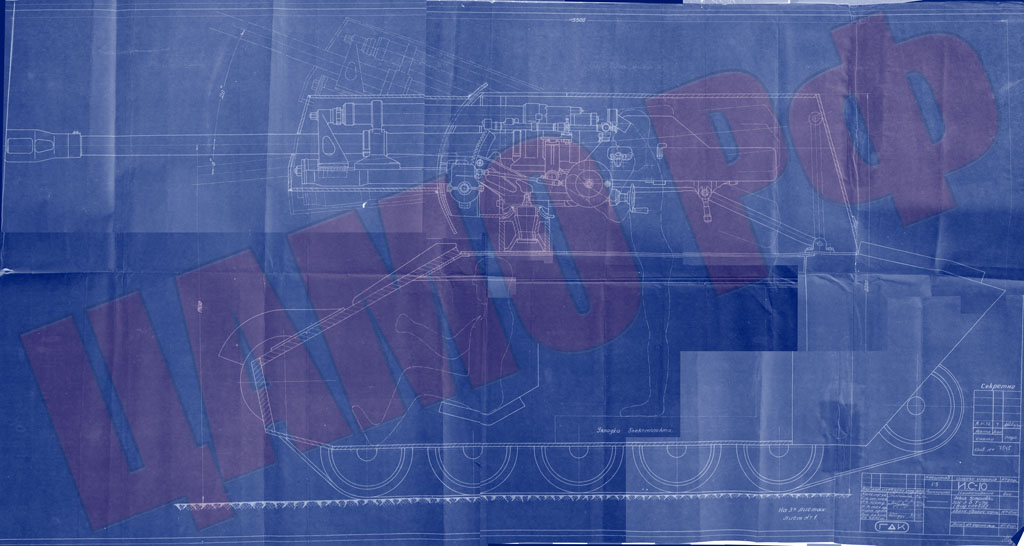 This project was not given the green light and was scrapped. Half a year later, it sort of was revived in the Plant No.38 as SU-38, but that didn’t go anywhere either.