I modified the Czechoslovak branch proposal I made to reflect the findings and discussions with V.Francev and J.Tintera (Czech historians). I also threw out all the premium candidates save for the most likely one to make it into the game. Oh yes, and it’s horizontal now, I know – how many of you guys still actually remember vertical trees? I miss those.

- threw out Tiger II with 76mm completely, that was a fake
- added Tiger P with Škoda turret and 105mm L/40 to the list of possible premiums (more about that project here)
- premium TVP candidate redesignated from TVP Model 1946 to TVP Concept to properly reflect its nature
- T-50 (previous tier 8) redesignated to TVP Model 1946, as both the concept and the Škoda proposal were introduced in 1946
- T-51 (previous tier 9) changed to T 50, as sufficient info was recovered to reconstruct the T 50 before the merge with T 51
- T-50/51 renamed to T 50/51 (the dash was deleted as it is more historically correct that way, same goes for T 50)

So yes, this is how it might look in the game. 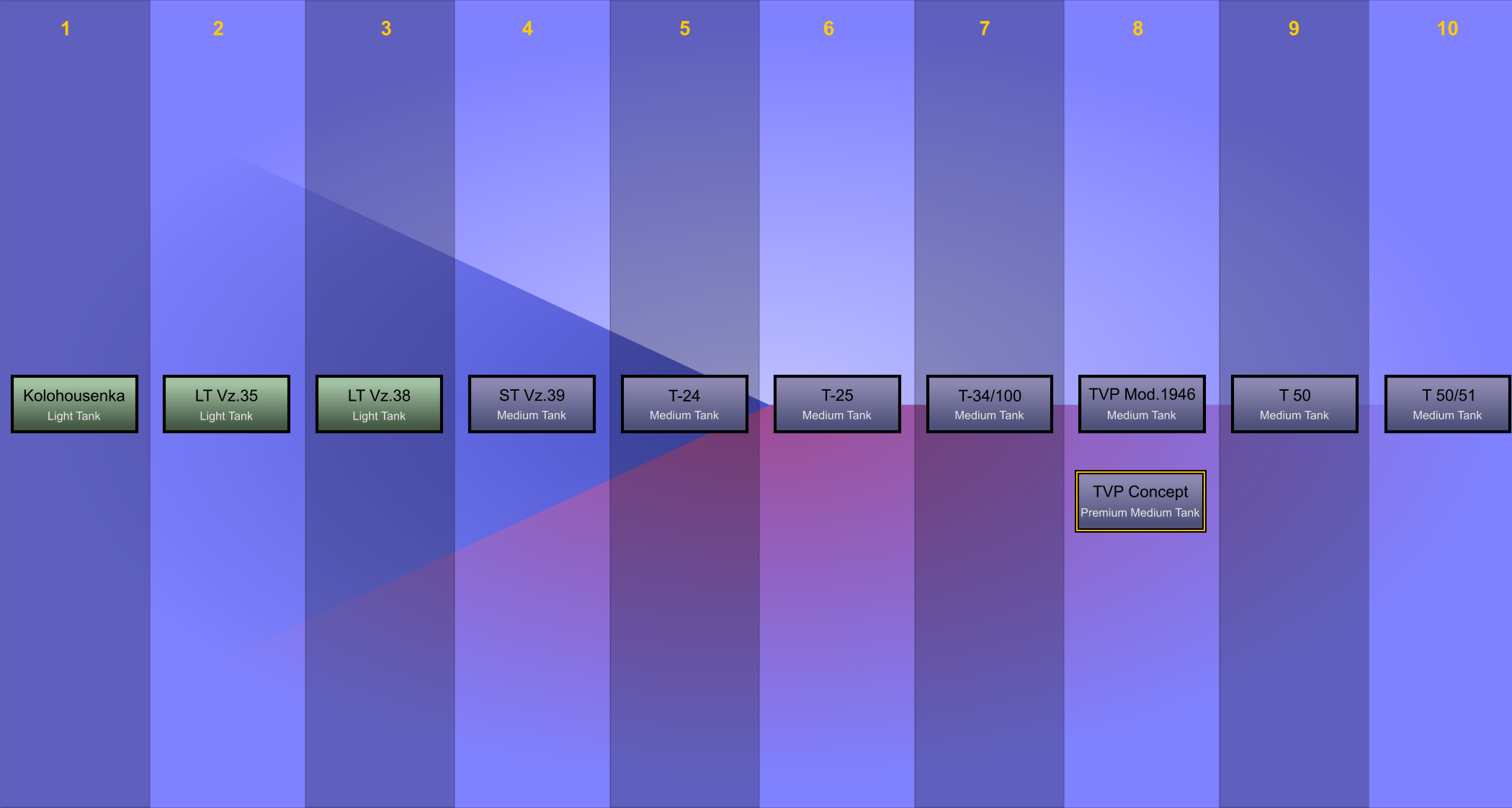 An alternative failsafe option (in case there are issues tier 9 T 50 tank – at this point however, those would be purely arbitrary, as in “we don’t like how it looks” and such stuff) is the following solution:

The original proposal is far better though. But yea, I think the line is pretty solid.