as it sometimes happens, Wargaming got hold of some of N.Shashmurin’s memoirs (files, five pieces). Nikolai Fedorovich Shashmurin was a Soviet tank designer, who was, amongst other things, involved in the development of IS-2 and IS-7. In his files, he referred to heavy tanks as “tanks of extreme parameters” (literally “limit parameters”, as in parameters reaching the limits of possibility). It was his opinion that these “extreme tanks” were to be the backbone of modern armored forces instead of the more common medium tanks. As Yuri Pasholok notes, his opinion was – given the fact that modern MBT’s evolved into what was considered a heavy weight category back then – completely reasonable.

Shashmurin’s memoirs and notes contained various tank proposals (including illustrations and drawings), one of which looks like this: 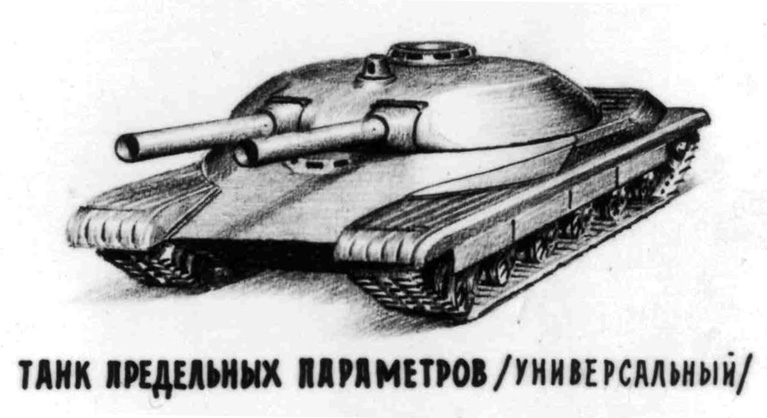 It’s called “Tank of extreme parameters /universal/”. The last vehicles Nikolai Shashmurin was involved with were the Object 286, 287 and 288 experimental rocket tanks (tanks, equipped with missile launchers instead of guns) – and so, it is completely possible that the guns of this vehicle is in fact a pair of rocket launchers…