Tanks in foreign service are one of my favourite topics. German tanks used by Czechoslovaks, French tanks used by Germans and vice versa etc. I just find it interesting to see how other nations deal with foreign captured equipment. Luckily for me, Yuri Pasholok wrote another interesting article, this time about the Renault R35 conversions. So sit back and enjoy. Oh and one more thing – this article continues the story of the Renault R35 light tank – check out earlier FTR articles from a few days ago about its development!

The Renault R35 was the most numerous French tank of the spring of 1940 and consequently became the most numerous captured French tank in German service. In many cases, the Germans got their hands on pristine vehicles (or with only very light damage) and were able to immediately turn them against their former masters. In total, the Germans managed to capture between 800 and 840 of these light tanks, quite a high number under any circumstances.

On the other hand, while the name of the vehicle changed with its introduction to German service (it was called Panzerkampfwagen 35R 731(f)), its questionable combat value most certainly did not. As a result of that, its “career” in German service (albeit long) was not exactly filled with its primary purpose. Instead, the Germans used it as an artillery tractor, a self-propelled gun or an ARV.

The first cases of the German use of the R35 were documented even during the May-June 1940 campaign in France. The Germans were able to master these new vehicles quickly and had some opportunities to use them against the French. Such cases were however rare. The Renaults were slow and armed with quite weak guns and with crews that were not completely familiar with them yet they just couldn’t make a lot of difference in the fighting. In order not to be attacked by other German units, the German units drew big crosses (Balkenkreuz) on their vehicles’ sides and the vehicles were usually repainted to grey color (Schwarzgraul RAL 7021), even though some of the captured tanks retained their original French camouflage. The rest of the captured stock was just stashed, very few conversions took place during the fighting – that happened later. 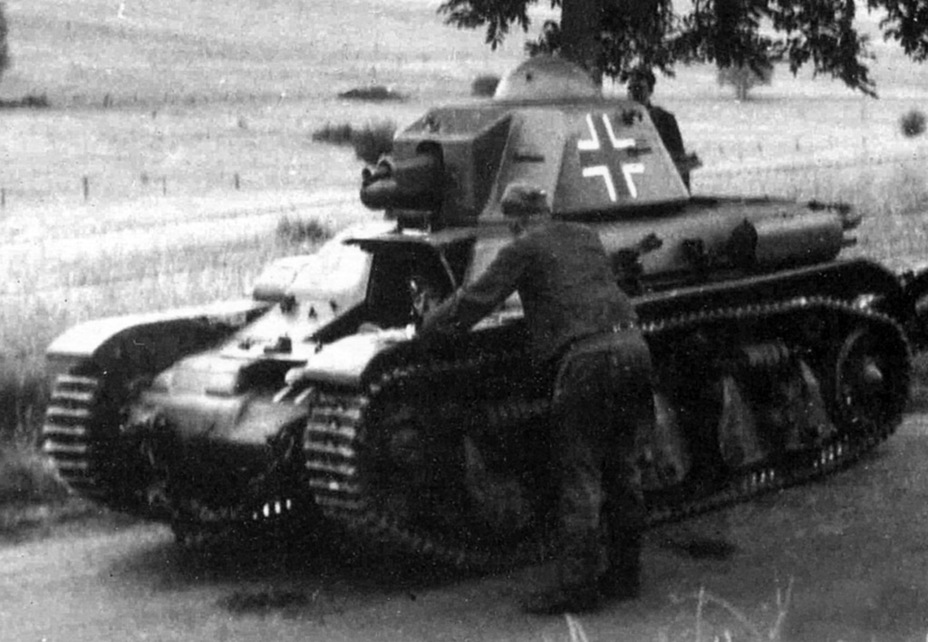 Captured Renault R35 from 1940. It was repainted with grey color and crosses and sent to fight its former masters.

After the French campaign ended, Wehrmacht started to think about what to do with the massive amounts of captured French equipment. The Germans were not exactly enthusiastic about the R35, to put it mildly. Nevertheless, the distribution of these vehicles to combat units started as early as in the July of 1940 in preparation of the invasion of Britain (operation Seelöwe). The vehicles were quite suitable for their new role as crew training vehicles for the troops that were to take part in the operation.

Starting from the autumn of 1940, the captured Renaults were overhauled to fit the German standards. As the first step, they removed the observation cupola from the turret, as it was practically useless. They replaced it with a double-door hatch that was completely sufficient for fast entry into the vehicle. The commanders used it often for driving in safe environments. A part of the vehicles also received German radios. 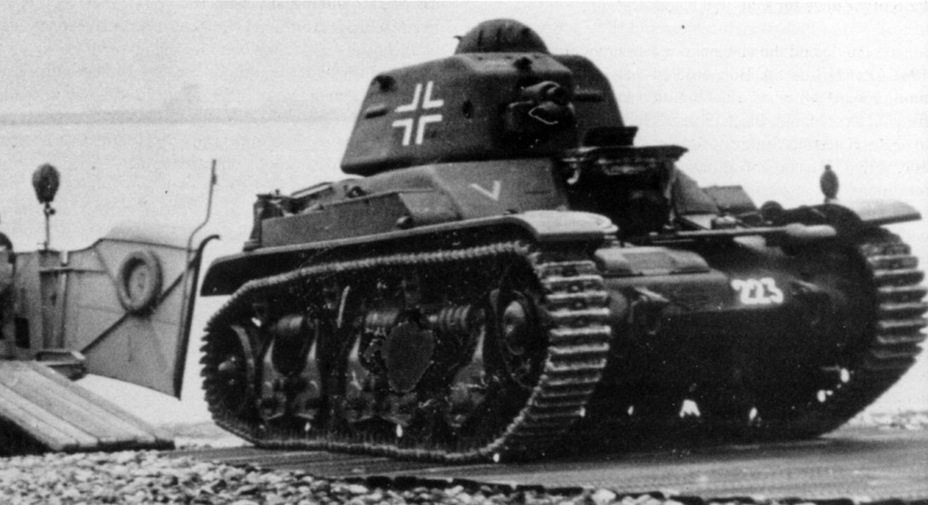 Panzerkampfwagen 35R 731(f) from the 336th Infantry Division, July 1940. It was used as a training vehicle for the operation Seelöwe preparations.

Even these improved vehicles weren’t however really common. The 800 captured vehicles included all sorts of tanks, the majority of them needed extensive maintenance and repairs. As a result, the most common captured vehicle that was ready for immediate use wasn’t the Renault R35, but the old and obsolete Renault FT. The Germans had 500 of these ancients in active service even by the end of 1941. In comparison, by the end of 1941, only 125 unmodified Renaults R35 were available. After all, the R35 was one of the worst (if not the worst) French light tanks of the 1930s. For this reason the Germans didn’t even think about sending these vehicles to the eastern front – even to second line units. 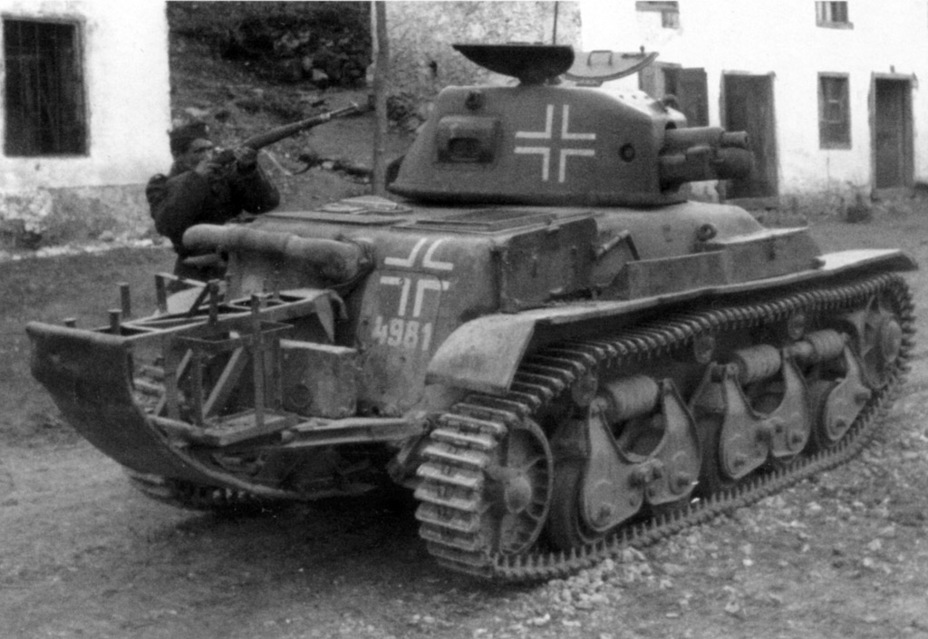 This tank from the 12th Tank Company was completely overhauled, including the installation of the new hatch.

Some of the captured R35s did make it to the eastern front, but not as tanks. Their turrets and ammunition racks were removed and voila – a new makeshift artillery tractor was born. 110 of these vehicles (officially called Umbau von Panzerkampfwagen 35R (f)) were sent to artillery battery units that operated the 149mm sFH 18 howitzers and the heavier 17cm K 18/21cm Mrs 18 cannons in February 1941. They were used successfully and by the March of 1942, Wehrmacht still had 52 of these tractors in active service. Considering that the developers never envisaged their creation being used as a tractor and that the loads it hauled around were very, very heavy, it was a very good result. 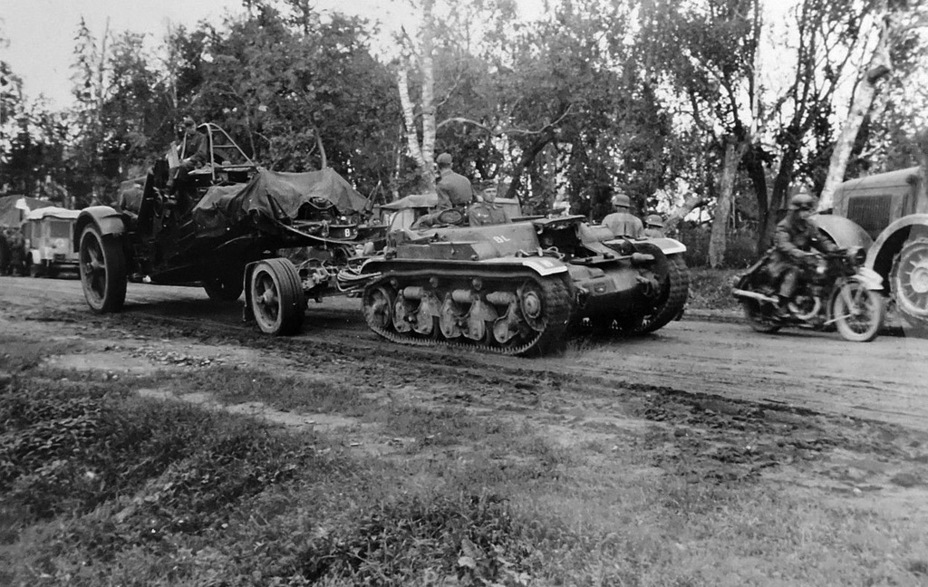 Another result of a conversion (again by removing the turret and ammunition racks) was the Bergeschlepper 35 R (f) ARV. It was practically identical to the artillery tractor version aside from its tasks. Some of the most resourceful crews made further enhancements to the vehicle, for example by installing windshields or machinegun mounts. Approximately 90 such vehicles were made. The Renault R35 was also used for crane vehicles of several types. Five years ago, there was even a photo on the internet of a R35 with a T-26 turret, but that is most likely a photoshopped fake. The turret ring diameter of the T-26 turret was 20cm longer than the one of the APX R turret and it was practically impossible to make such a conversion in field conditions. And of course such an “upgrade” would make no sense anyway. By the way, the turrets of the vehicles that were converted to ARVs and tractors were used as well – they travelled west and were used as fixed fortifications of the Atlantic Wall. 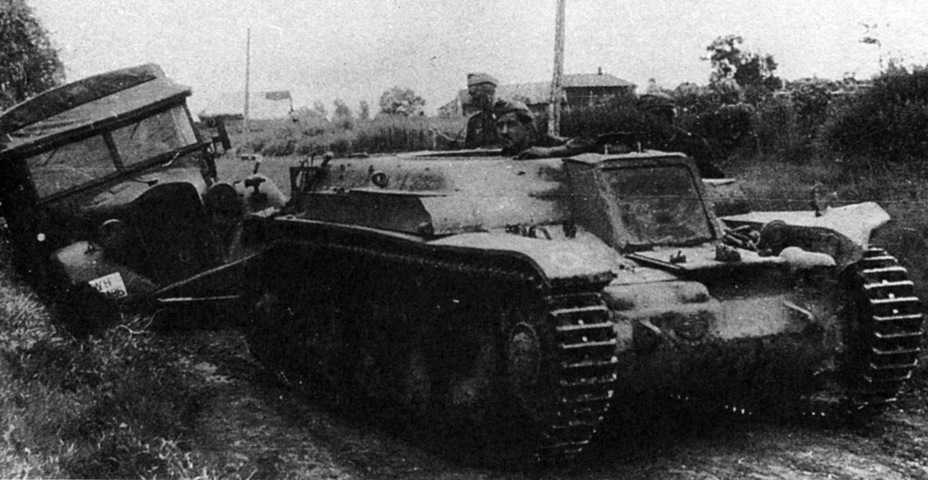 Bergeschlepper 35 R (f) in action. The crew installed a windbreaker shield in this case, making its use much more comfortable

In the west, the fate of the captured R35s was different. The tanks there were continued to be used as training vehicles, even though the Germans preferred to use the Hotchkiss H39 because it was somewhat more mobile. Apart from that, three dozen Panzerkampfwagen 35R 731(f) vehicles were given to Waffen SS by the end of 1941. These were later used in the Balkans. On 1.3.1943, 50 captured R35s were still attached to the 100th Panzer Regiment. By the end of May 1943, 46 were still attached to the 100th Panzer Brigade, 8 to the 711th Infantry Division. The 712th and 708th Infantry Divisions had two each and 22 more were attached to the 12th Special Operations Panzer Company. 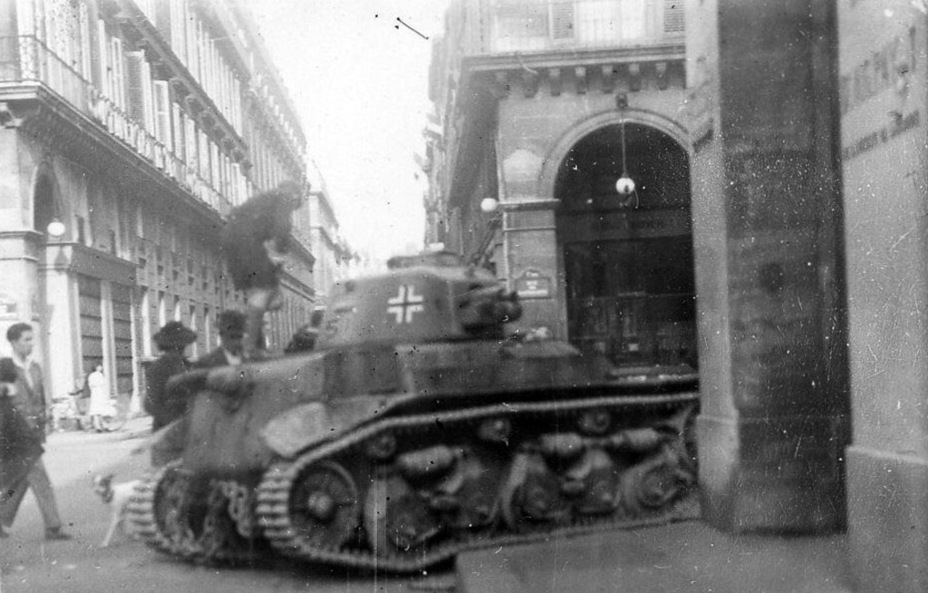 These captured vehicles actively fought during the Normandy campaign. The 100th Panzer Regiment fought the Americans in the Cherbourg region (with quite predictable results). 2 of these tanks belonged to the 206th Panzer Regiment HQ unit, also fighting around Cherbourg. And finally, a number of the R35s and R40s fought in Paris as a part of the “Paris Panzer Company”. These were destroyed during the August 1944 liberation of the city, some were knocked out by the French 2nd Armored Division of General Leclerc. Some were even captured by the French Resistance fighters and used against Germans.

One thought on “Renault R35 Variants in German Service – Part 1”