Well, this time it’s something a bit different.

As you are probably aware, the current weekend event, a discount was offered for two premium vehicles: the Ersatz Panther and Schmalturm Panzer IV. They players were happy about that, as you can see from the thread reactions.

Here is the Wolfpack screenshot from last night (google cache): 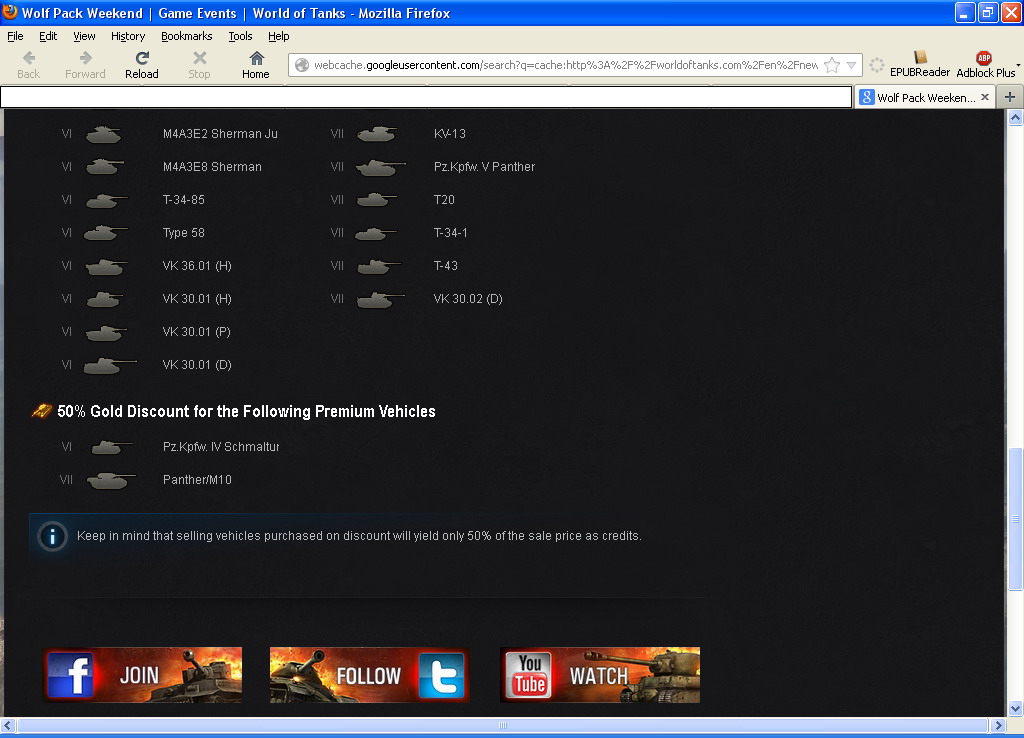 It was not to last, however. I am not sure when, but some time last night, the discount was changed from 50 percent to 30 percent without any warning (allegedly, even without changing the news themselves, so some players bought the vehicles 30 percent off, when in fact they were expecting 50 percent off). First reaction of this type came at 7:22 AM this morning, so they did it in the night, without any warning whatsoever. Furthermore, they didn’t even bother to change the official even text before that, so players kept being confused.

At first, players thought it is actually a shop price mistake, only to learn later that the event was “nerfed”.

When called on their bullshit, Wargaming EU first announced they are “working on fixing it” and that the “discount should be 50 percent“, but later, Aodheus (I think he’s a German community organizer, not sure) announced that the discount will in fact stay at 30 percent and that there simply was some confusion.

Naturally a shitstorm happened, with various people asking for refunds, others raging about WG cheating, others posted kinda funny pictures: In the end, Aodheus at least offered a refund to those “affected” by this, but the shitstorm (that could have easily be avoided, if WG EU people bothered to actually doublecheck stuff on their events) is raging even as I write this.

Yet another day at WG EU office…

45 thoughts on “WG EU fail: no 50% discounts for you, bloody capitalists!”