let’s have a look at the tiny little fail, that happened on Russian server recently. Well, perhaps more than tiny.

As you probably know, last month, an event took place: best tank destroyer players (well, at least the ones that got most XP) get to win the Type 59, gold and yaddayadda. Each tank destroyer category (vehicle) has its own winners.

On Russian server, the winners were already announced:

A user by the name of Dr9vik on RU unofficial forums went to check out the winner and here’s what he found. The winner – Venced0r – won the whole category by recieving 2728 XP on AT-1. Holy shit. For that, you need to do some serious killing, right? So, let’s check the winner’s account stats: 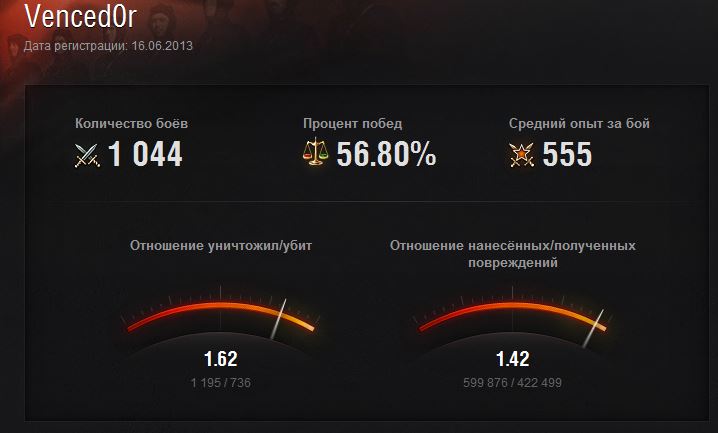 This is starting to get suspicions. We expected some unicum, right? Let’s check his tank stats then: 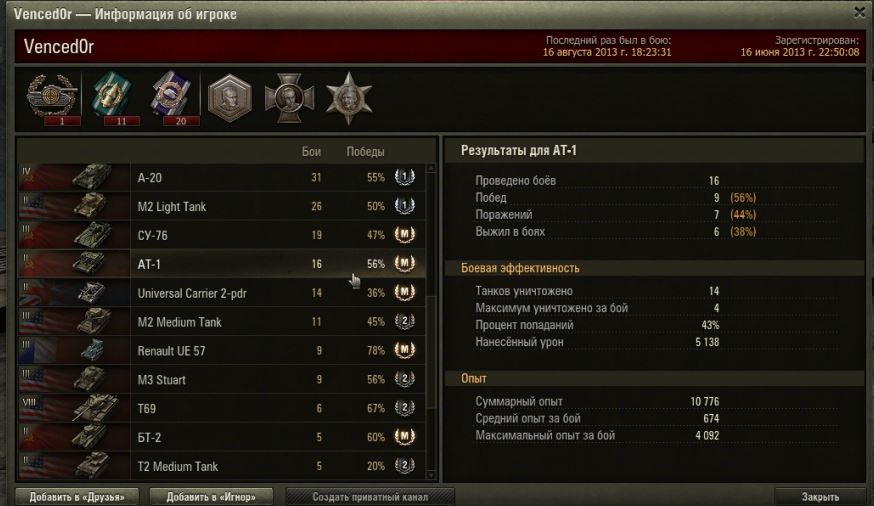 Oh look. New account. No medals, nothing. I mean, when getting so much XP, you HAVE to have some serious medals, right? Well, he doesn’t have any and he has only 4 maximum kills per battle with that AT-1. How did he win the competition then?

By cheating. Cheating is really easy to do, as proved by the earlier US server “Kingalphyn” affair. Basically, the AT-2 player platoons with a hightier vehicle, his friends get in platoons too, they wait for late hour and low server population, they press “battle” all at once and there is a very good chance they all will get into one battle, as the MM will struggle with the amount of platoons with queue and will put them all together. After that, it’s easy, the “enemy team” hightier platoons of cheater’s friends get to the AT-1 and he proceeds to slowly pick off their HP, until he gets insane damage done (that’s how he got so much XP, not by kills).

This player was an idiot, if you do this right, it’s very, VERY hard to prove you rigged. So, what’s the point of the whole post?

Wargaming competitions are way too easy to rig and Wargaming obviously didn’t learn from the Kingalphyn affair (during the previous heavy tank event, a cheater was also discovered on RU server, because he was an idiot, the same way this guy is). The fact the Wargaming staff declared him a winner also proves that WG doesn’t give a damn about the cheating, otherwise they could have doublechecked at least the winners.

I am nearly 100 percent convinced that there will be such a case on EU forums too. The only difference will be – will the cheaters be this dumb? I doubt.