today, we’re going to have a look at one of the craziest Soviet Union ideas of WW2: the ball tanks. I sort of “borrowed” the name of this article from Yuri Pasholok, who writes a book of the same name on these strange vehicles. Some of you might remember the 1st of April, when a “ball tank” branch appeared as a part of the Soviet tree – well, the branch was a joke, but the projects were actually seriously made. This is one of the biggest of them all, the “Protivotank” (“Counter-Tank”). 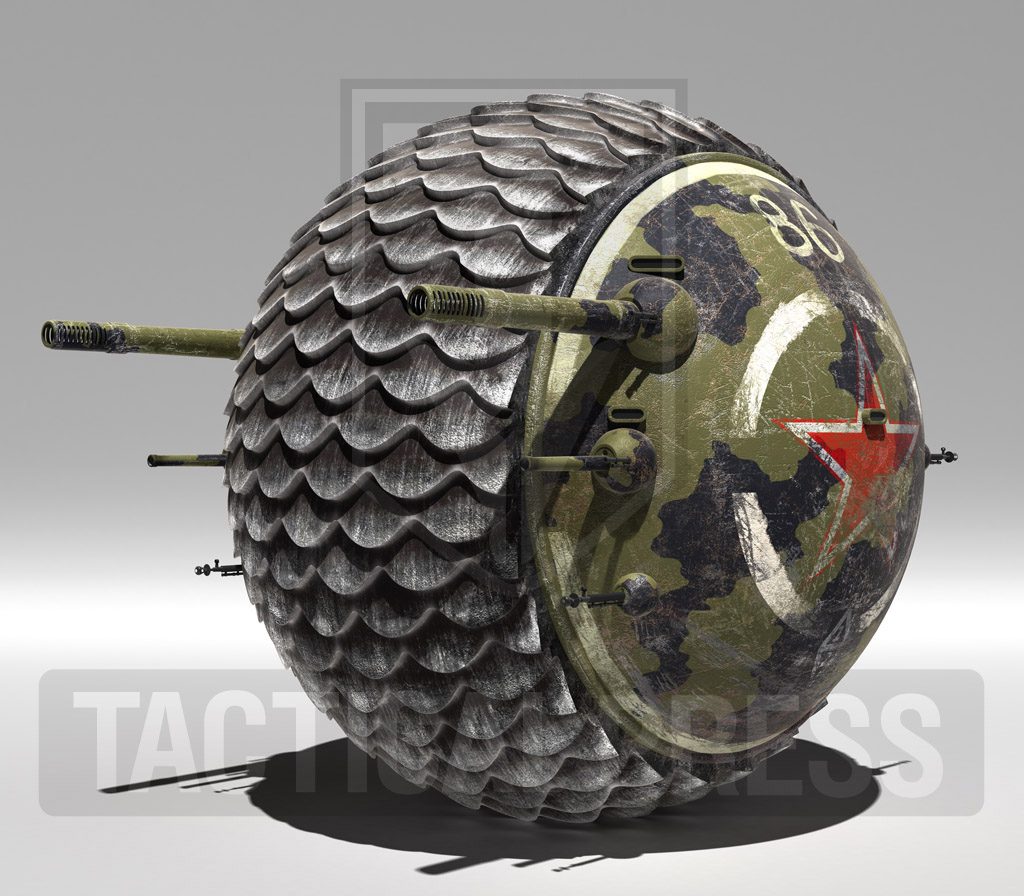 This vehicle was really proposed in March 1942 by L.P.Mokrousov. Mokrousov worked as a chief engineer in the “Red Star” factory in Kharkov, before moving to another plant in the same city. Before the war, he studied the cold metalwork faculty of “Kharkov Mashinostroitelnij Institut” (Kharkov Institute of Machine Construction), he finished successfully his studies in 1934 and recieved his engineering diploma. By the time he proposed the “Protivotank”, he was imprisoned in a Gulag near Molotovo (Perm) for embezzlement.

This vehicle was designed to be a heavy assault craft, specifically intended to attack and destroy enemy heavy tanks, strongpoints and fortifications and – along with regular tanks – to break thru the fortified defense lines to attack various sensitive targets behind the enemy front. The ball tank construction was made so that the tank is nearly impervious to enemy fire, while destroying the German tanks at leisure.

The basic form of the vehicle is a rolling ball (or specigically, a moving one). The tank was split into three segments. First, there was the armored moving surface of the ball (equipped with “teeth”, or rather, scales, to gain traction). In the middle, there was a cylinder with the engine And then there were the side parts, carrying the massive armament.

The armament carried was massive – four guns, two of which are bigger than 155mm, eight twin-linked machineguns and two AA machineguns. The vehicle’s main advantage was to be good maneuverability (for its massive weight), giving it a significant advantage, when fighting other tanks, combined with practical invulnerability, provided by its massive armor. The vehicle was to have following characteristics:

Here, a Protivotank vs Maus comparison: 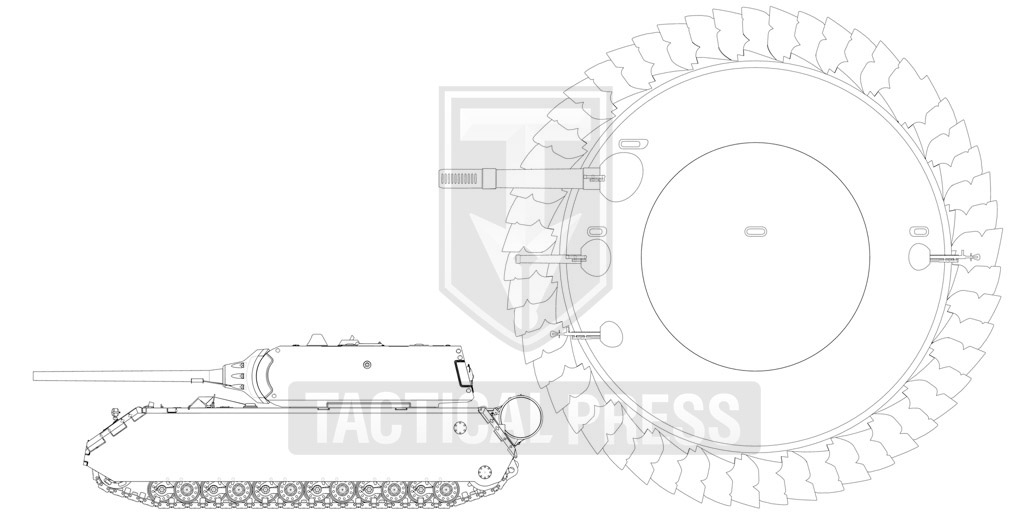 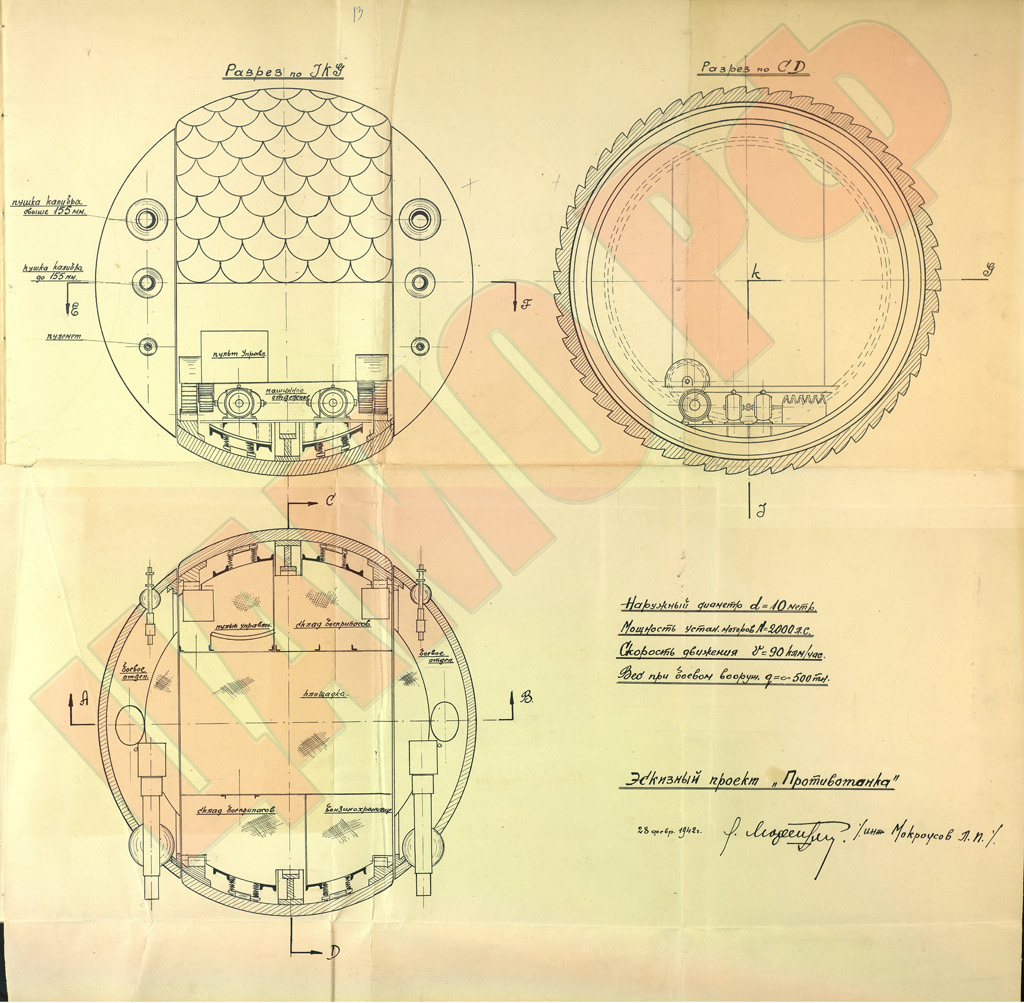 Needless to say, this project was never built, but it’s interesting nevertheless. I am not sure if Yuri Pasholok’s ball tank book is already released or not, but I do hope it does come out in English one day.

104 thoughts on “Stalin’s Balls of Steel”