Disclaimer: the contents of these articles merely illustrate the resources available for a historically accurate buff. This article does not imply that these changes should happen or will happen, either in combination or individually.

Old-timers remember a different KV tank. Its 152 mm gun was a menace to tier 5 tanks. For a long time, it was the only tier 5 heavy that could see tier 9 tanks in battle, and the old HE mechanics made it no slouch against those either. Today, it is a shadow of that former glory. Let’s see if we can do anything about that.

The stock gun, ZiS-5, only has 86 mm of penetration, which is kind of anemic. However, the ZiS-5 was capable of firing a more powerful shell than the F-34, so it should be capable of higher penetration. Everyone’s favourite penetration table has the F-34 penetrating 61 mm of armour at 1000 meters, so if the ZiS-5 can take on 75 mm, then it should be able to penetrate 23% more armour at 100 meters, or something in the neighbourhood of 106 mm. That’s almost decent at tier 5!

On to the non-stock guns. The experimental KV guns (KV-9 and KV-10) are well represented in the game. GABTU wanted to put in the 76.2 mm AA gun model 1931 (S-54 that we get on the T-34 and A-43), but better guns already exist on the KV-1. If you want to dig really deep, the Soviets wanted to develop 122 mm howitzer AP shells, but low velocity, low accuracy, low penetration AP isn’t likely to make the tank that much better. One remaining historically accurate way to increase the KV-1′s firepower is to strap some rockets to it. 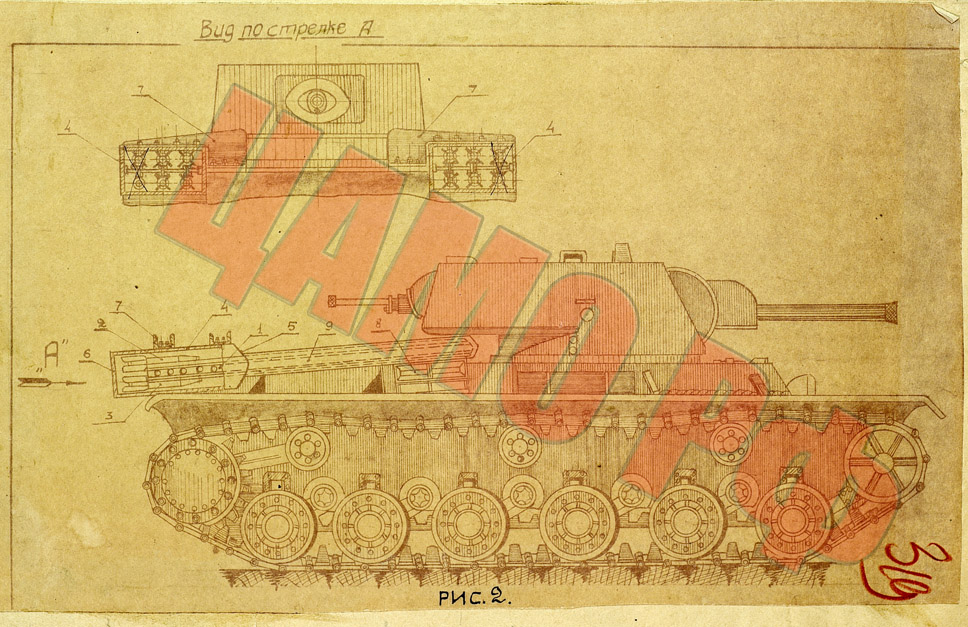 Next, for the armour. The KV-1 had additional 25 mm armour plates attached to its welded turrets, for a total of 120 mm of turret armour, but that’s an increase of only 10 mm over the existing top turret. More room for armour upgrades lies in the hull, where the KV-6 comes in. It’s effectively a KV-1 with a 90 mm hull. When hull upgrades are implemented, it will definitely have room for improvement.

Of course, there is always the upgrade no one is expecting: put in your engine at an angle and confuse your enemies! But that’s not the craziest engine upgrade! A steam powered engine for the KV was developed, which would boost its horsepower to 700, and make the tank a little less sluggish, and a lot worse for the environment.