Disclaimer: the contents of these articles merely illustrate the resources available for a historically accurate buff. This article does not imply that these changes should happen or will happen, either in combination or individually. Please pay attention to this disclaimer before being butthurt in the comments, thanks in advance.

Earlier this week, I did an article on the KV-1 tank. I was going to do the Kirov trinity in one go, but the KV-1 had enough material to stand on its own. The KV-1S and IS are too intertwined, however, so they will have to share an article.

Let’s start with the small stuff: armour. The KV-1S actually has less armour than the KV-1, as the tank was supposed to be lighter. However, there were KV-1S tanks with as much protection as the KV-1. Due to a shortage of hulls, 70 KV-1Ses were built with KV-1 hulls. That’s a bit of a boost, I guess. 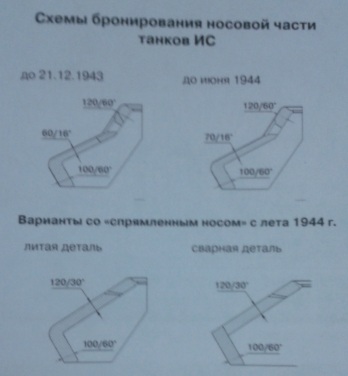 The post-war modernization of the tank, which was actually called the IS-2M, also increased the ammunition capacity of the tank to 35 shells, but that’s another minor buff for a stat not many people care about. The top speed should be 37 kph, instead of 34 in-game.

The gun could get a lot better, too. The D-25T had superior accuracy (Edit: the dispersion of the shells was less, not combat accuracy, for anyone that confuses the two) and comparable penetration compared to the 88 mm L/71, even though it’s vastly inferior in both categories in game (SerB: “If we give the D-25 its real characteristics, there will be no tanks other than Soviet tanks left in the game“). However, that’s the gun that the tank actually had. This is World of Tanks. We can go further.

OKB-172 developed a gun for the IS and KV tanks (the date on the document indicates that this was most likely the KV-1S) known as OBM-51, ballistically identical to another gun, the OBM-50. These names probably don’t mean anything to you, but you should know the gun by another name: BL-9.

That’s right, the top gun on the IS-3 tier 8 tank was historically built for the KV-1S, a tier 6 tank. But it gets better. You know that gun the IS-4 has that’s entirely ahistorical, the M-62-T2? Did you ever wonder why it has it? Historically, the gun replaced the D-25T on the IS-8. The plan was to use that gun as a replacement for all D-25T guns, on every tank. This includes the IS-2, and, since the KV-1S could take the IS-2 turret, KV-1S.

Bam. Tier 10 gun on tier 6 tank, or a tier 7 tank with 240 mm effective armour on the front. So the next time you complain how the KV-1S is made up of Russian Bias, think about how bad it could have been if SerB was really out to get you.

Edit: oh, and I guess that autoloader thing, but really, the M-62-T2 is in the same realm of realism here, so who cares.